The Cause has revealed the first acts to play its inaugural Seaside Beano festival.

According to organisers, the festival site will be "transformed into a rave maze" akin to its former Ashley Road home. Aside from three days and nighits of music, there will be pool parties, drag performances, crazy golf and more.

In a statement, The Cause co-founder Eugene Wild said: "With the over-commercialisation of festivals in recent years, we have taken a real back-to-basics site."

Last month, a recording of The Cause's final party on Ashley Road was released. Launched back in 2018, the grassroots arts and event space - which initially announced its impending closure in September last year - bowed out following a final series of parties. The venue is currently looking for a new permanent home. 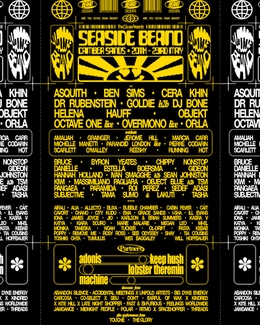