Marking the first DJ Mag pool party since 2019, the event will take place on Wednesday 23rd March at the Sagamore Hotel as part of the Epic Pool Parties series, which lasts from 23rd to 27th March.

Alongside previously announced names such as Andrea Oliva, Layla Benitez, Dennis Ferrer and Eats Everything b2b Melé, Brooklyn-based DJ and producer QRTR is set to join the line-up, as well as Amsterdam's Up The Stuss boss, Chris Stussy. 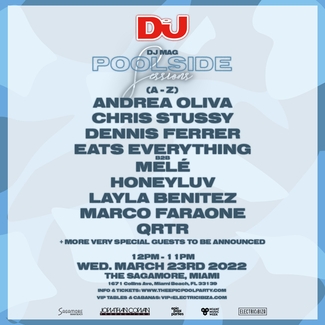