Christoph de Babalon, Afrodeutsche and rRoxymore are among the names set to play this year's installment of RE-TEXTURED.

Exploring the relationship between modernist and industrial architecture, experimental music and the visual arts across the city, the theme of this year's festival is connection, "of the singular and the collective, all explored through a multi-sensory approach within 6 areas; re—connect, re—play, re—write, re—see, re—mind and re—think."

Organisers continued, "The genres championed across the festival will be ambient, drone, leftfield electronic and techno and will invite it’s audience to escape their digital lives and fully immerse themselves into a world of sound, light and space."

The festival pledged a 50/50 gender balance for their inaugural festival line-up and will do so 2020.

Go here for tickets and schedule. 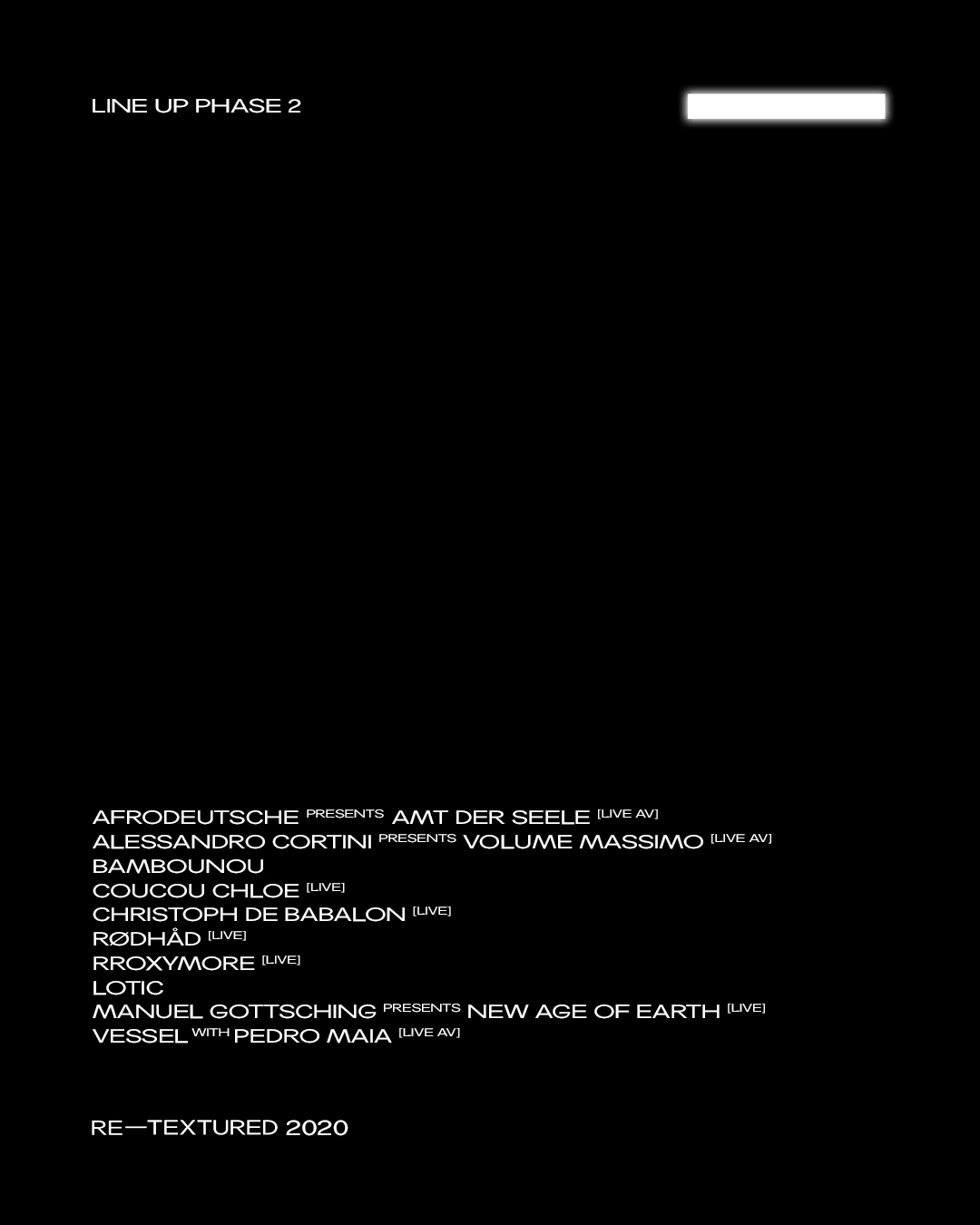