The cofounder of UK rave soundsystem Spiral Tribe is writing a book about the '90s free party scene.

Written by visual artist Mark Angelo Harrison, A Darker Electricity "charts the infamous sound system’s nomadic journey and the rapid escalation of their popularity — and notoriety" of the DIY arts collective and free party sound system. The sound system formed in 1990, and built up a reputation as leading organisers of free parties, festivals and raves in the UK and later Europe.

Spiral Tribe was conceived in order to take a "creative stance" against "the oppressive nature of the state" and therefore the book is also "an eyewitness account of how imperialist governments wilfully try to criminalise creative cultures," Harrison told RA.

A Darker Electricity will be available for pre-order in September 2023 through Velocity Press and will be available in black and silver for the first 1,000 They'll be sent to readers with their names inscribed inside in August 2023, four weeks ahead of the book's official launch. Go here for more information.

Spiral Tribe was involved in the Castlemorton Common Festival – the biggest and most infamous illegal rave that ever took place — which last month marked its 30th anniversary. Check out our feature photographing the illegal rave that changed UK dance music forever. 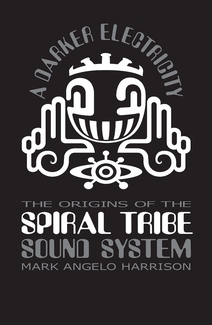