Responsible for co-writing and producing hits including Ottowan's 'D.I.S.C.O.', the French disco pioneer will release 'The Vaults of Zagora Records Mastermind (1971-1984)' via Because Music on 25th November. It will be the first time much of the songwriter and producer's music will be featured on one release.

Vangarde - born Daniel Bangalter - was a prolific producer and songwriter through the 1960s, 1970s and 1980s, co-writing and producing hits including 'Cuba; by The Gibson Brothers and ‘Aie a Mwana’ by Black Blood, later recorded by Bananarama. He also founded the record label Zagora in 1975, releasing music under a number of monikers including Who's Who.

Vangarde has also been credited with helping Daft Punk, who comprised his son, Thomas Bangalter, and Guy-Manuel de Homem-Christo, in the early stages of their career. The new comes a week after it was revealed Thomas Bangalter had contributed to Phoenix's new album, 'Alpha Zulu'.

Last month, it was announced that publisher Disco Pogo is issuing a new book about Daft Punk, called 'We Are The Robots'. 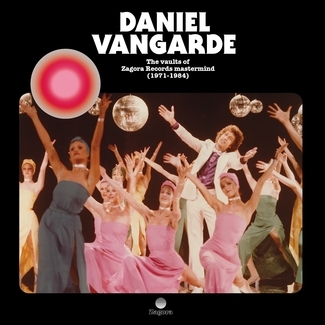