Dance For Refuge and Lucid London have announced that their next fundraising party will take place at London’s Bussey Building on 10th March with all proceeds going to War Child and The Worldwide Tribe.

For just £7 you’ll be treated the aural delights of Lobster Theremin’s Asquith, Dan Beaumont, Aus Music alumni FOLD and Throwing Snow, whilst making a significant contribution to two charities working on the front line of the current refugee crisis.

War Child UK provides education, protection and livelihoods for children living in and forced to flee conflicts around the world, whilst The Worldwide Tribe looks to effect change via the power of storytelling.

Over the last 18 months, Dance For Refuge has raised over £8,000 for charities that help with the current refugee crisis with a series of events at Corsica Studios, Wünderlust, & Stour Space.

Tickets are on sale now at £7 via Resident Advisor here. 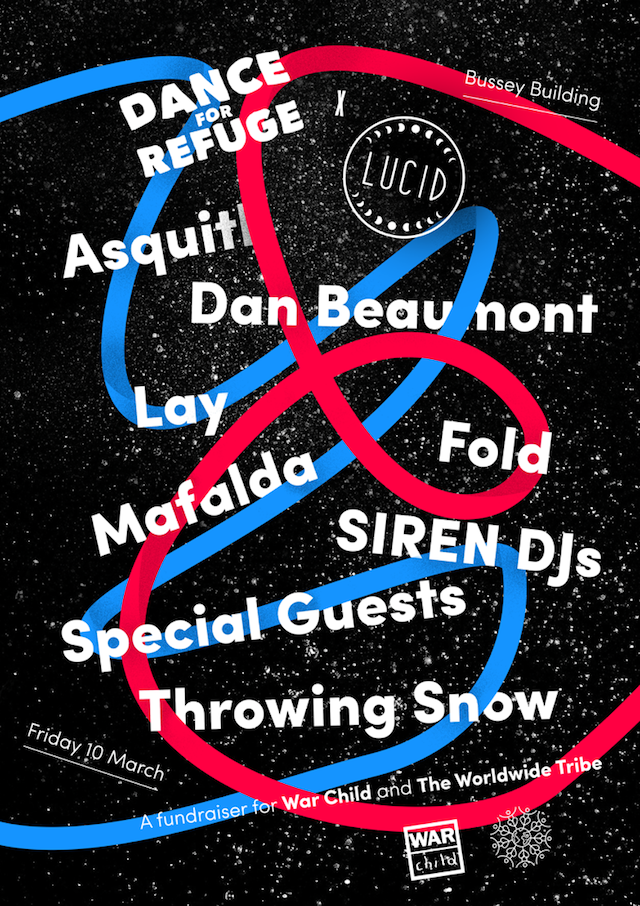