Stages to be hosted by Basscon, Bassrush Massive, Audiotistic and Factory 93.

The announcement arrives after a tumultuous few weeks for North American EDM: Gary Richards has exited HARD events, Diplo hates the seeds he helped plant, and EDC organizers are anticipating major changes in 2018.

Find the complete line-up on the festival flier below. 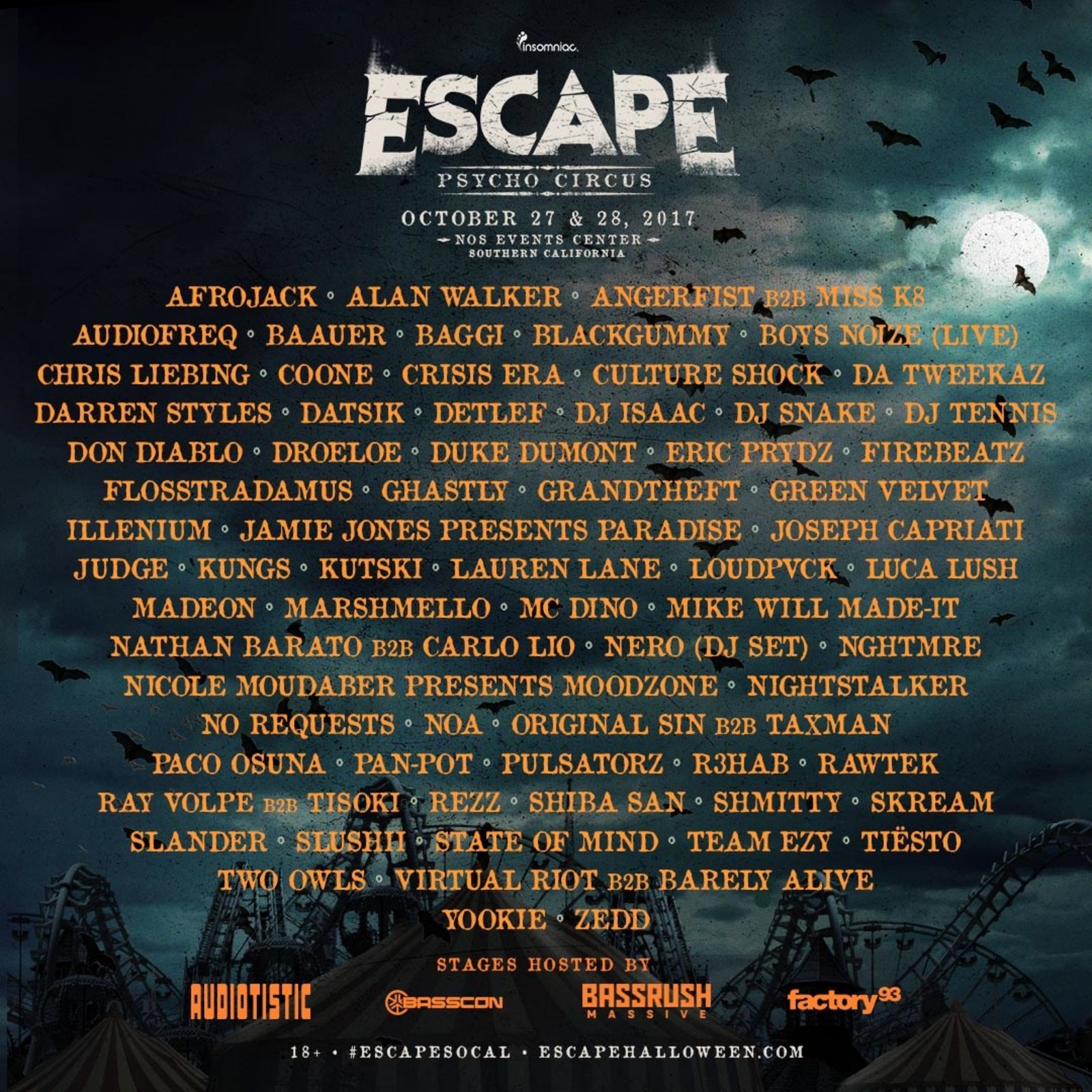