Despite Gary Richards not being part of the 2018 edition, the organisers behind Holy Ship! have unveiled both lineups for the 2018 voyages.

The back-to-back voyages, which will take place 6th-10th and 10th-13th January and will depart from Port Canaveral, Florida.

The floating rave will then set sail to the Bahamas’ Great Stirrup Cay, spending two days on a private island before heading back to the mainland.

The first voyage of Holy Ship! 2018 will feature Claude VonStroke, A-Trak, Gorgon City, MK and Lane 8 who have all been secured as headliners.

The second voyage offers up The Black Madonna, Green Velvet, What So Not, REZZ, Alison Wonderland and Deadmau5's techno alias Testpilot as headliners.

Check out the full lineups for both editions below. 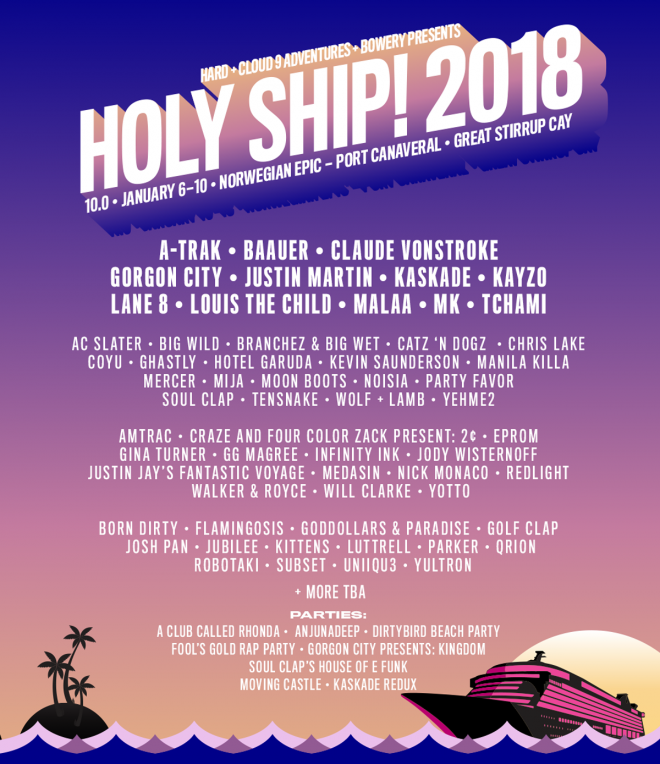 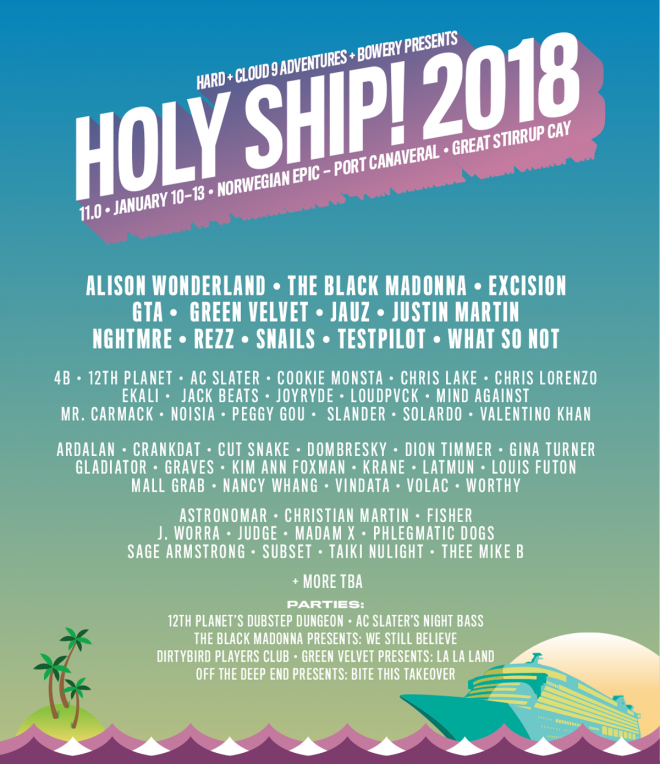