It’s summer 2013 and Mark Lawrence of the Association for Electronic Music (AFEM) is driving from Malta International Airport with his family to their hotel on the island. As they wind round the bottom of a valley and up the coast in the Paceville suburb of St Julian’s, he spots a party at a venue on the top of a cliff, where John Digweed is playing the Cosa Rostra night. It’s at the Sky Club, with a crowd of almost 3,000 people spilling out towards the precipice at the open air space towards the rear of the venue. Lawrence wasn’t aware of a Maltese scene until now, but seeing electronic music in this lush setting, he sensed a huge potential for the Mediterranean island.

Many don’t realise that Malta has a rich history with dance music. Raves there in the ‘90s saw international names like Carl Cox play to crowds of up to 4,000 fans, on an island only populated by 400,000 people at the time. By comparison, that’s like 641,000 of the UK population attending a party, which would be almost five times the size of Glastonbury Festival. But, after the free party scene died, interest waned from younger generations, meaning events shrunk for many years — until nights like Cosa Rostra started inviting international names like Tale Of Us, Green Velvet, Mind Against and Job Jobse to come and play the island in recent years. 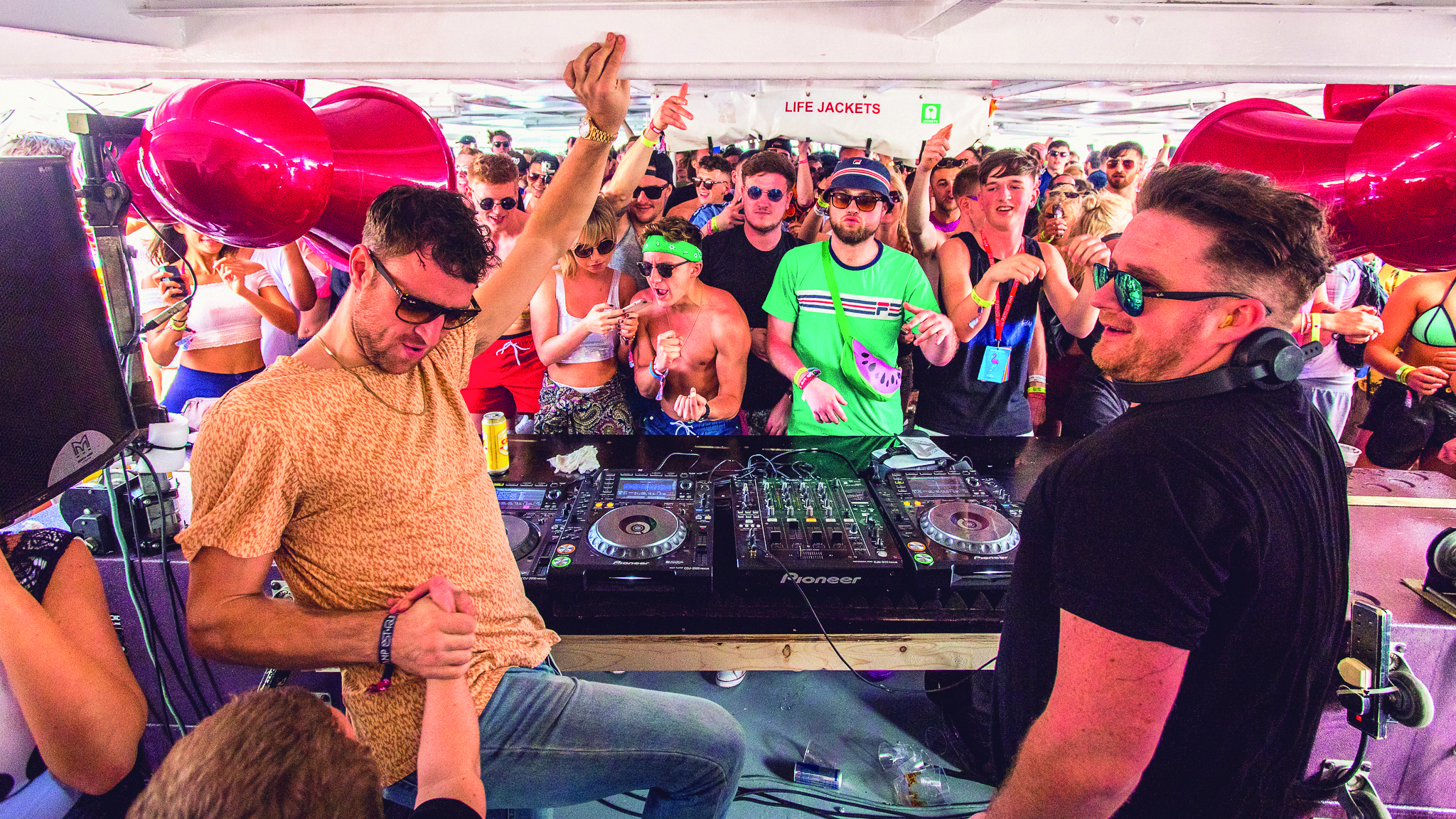 “It was way bigger than I’d realised,” Lawrence says of the scene. “The island’s really got that Balearic vibe too, like the first time you go to Ibiza, and the history of the place just seeps into you. Malta has a different feeling, but it equally gets under your skin.”

He isn’t alone in that sentiment. Annie Mac took Lost & Found to the island for the first time last year, and kick-started a trend that has seen Glitch Festival and Groovefest schedule their inaugural events in 2016. Elsewhere, IMS College Malta launches in July, with three days of sessions aimed at young people looking to move into the music industry, including talks and performances from Pete Tong and Solomun. Malta may have been dubbed ‘the Mediterranean’s best-kept secret’, but it isn’t going to stay that way much longer. 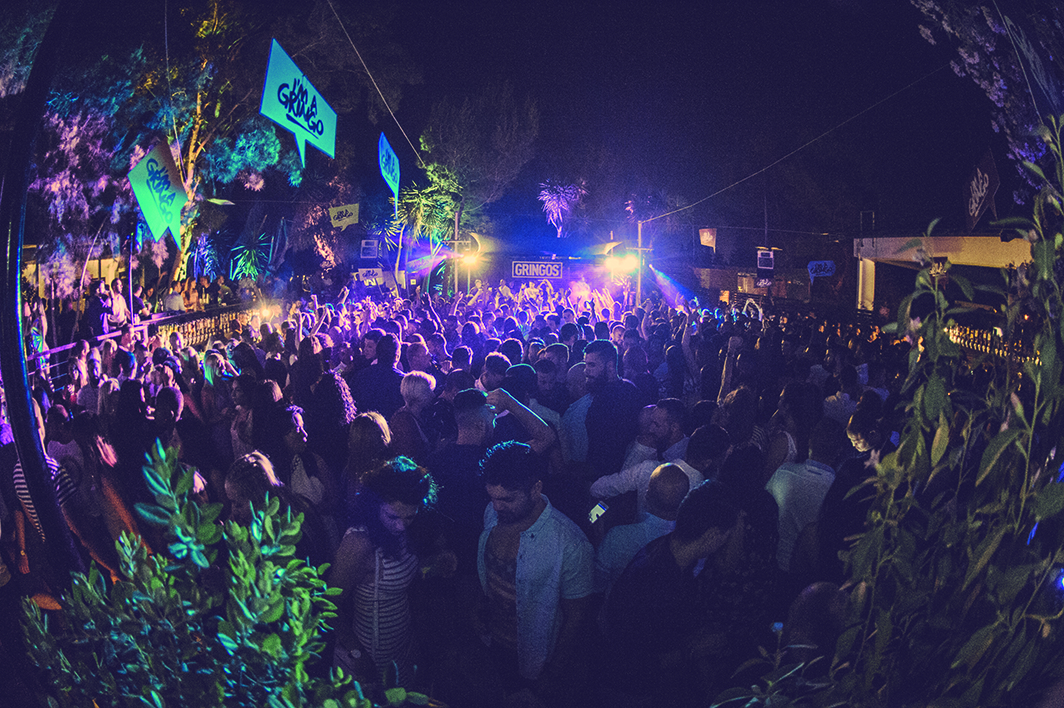 “Anywhere that hosts conferences tends to create a hotbed of creativity,” Lawrence explains. “That will inevitably cause a cultural, creative and commercial boost to Maltese electronic music.” And he says it comes at a time many people are looking for change. “As Ibiza becomes expensive, it stands to reason that any island in the Mediterranean that has a commercial and cultural sense is going to open its doors to a tourist market for music,” Lawrence continues. “And it’s capable of being more than just a festival destination. That’s why it can compete with Ibiza.”

As a competitor to the White Isle, Sean Tipton, from the Association of British Travel Agents, says Malta is just the ticket. “It’s traditionally been associated with an older market and guaranteed sun,” he explains. “And warm, friendly locals who draw in tourists for a large portion of the year. However, with its capital city Valletta recently named 2018 European Capital of Culture, if you’re looking for the next big thing, Malta has a lot of potential.”

And he’s not wrong. Four direct flights a day from London travel through peak season, taking just over three hours to get to the island, which lies 50 miles south of Italy, and has an intoxicating blend of clear waters, long beaches and the endless hot summers of the Balearics. Whilst Ibiza has Es Vedrà and Formentera, Malta has Gozo and Comino, as well as the Azure Window, Blue Grotto and sublime diving at Filfla. Pair that with cheap drink prices — an average bottle of beer on the island comes in at under €2 (less than £1.50), whilst a spirit and mixer is around €2.50 (£2) – and you’ve got a recipe for a raver’s paradise. Once there, the fact the island is only 122 square-miles means nowhere is more than an hour’s drive away, and, as a bonus for British visitors, English is an official language on the island. 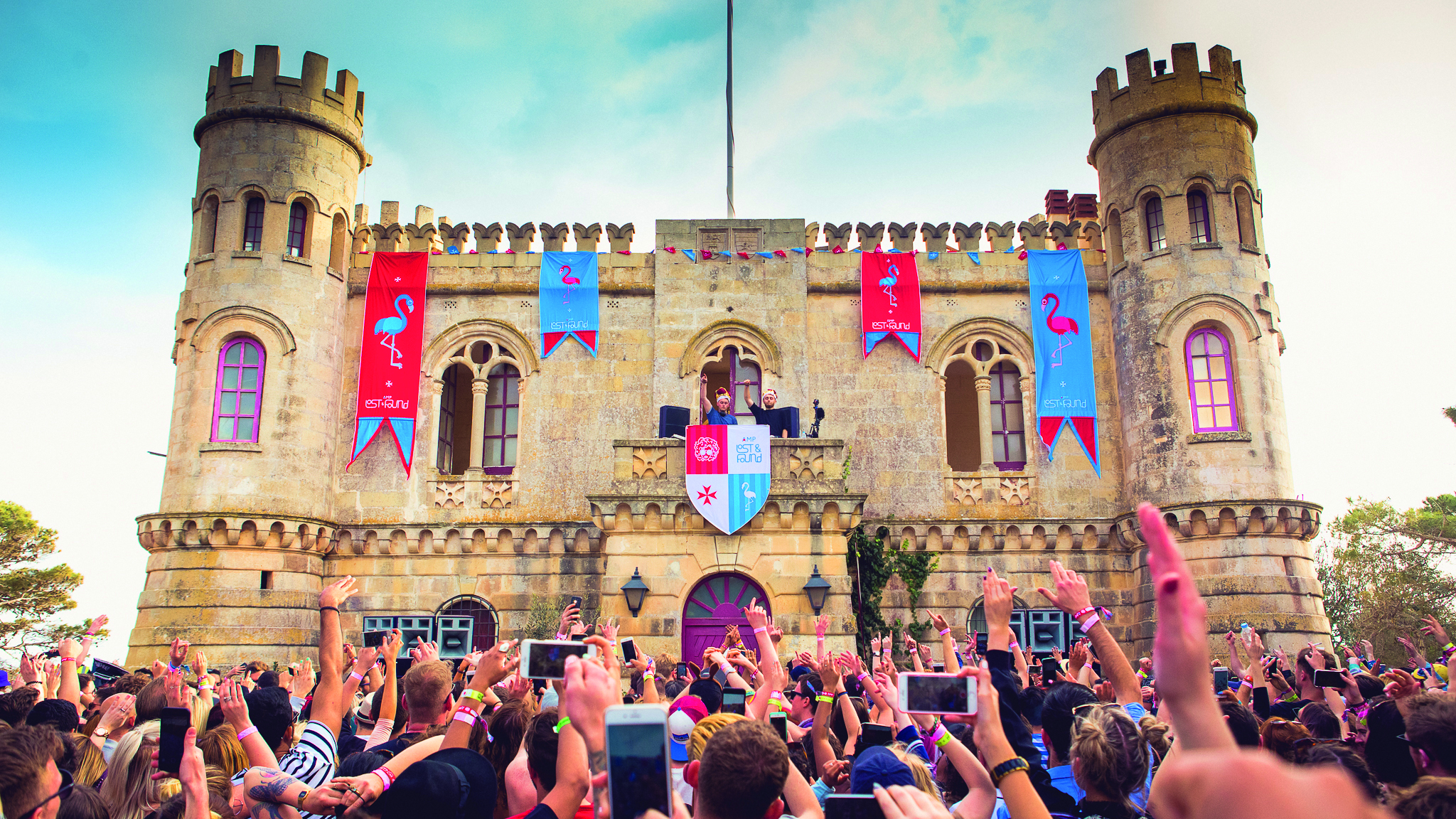 So there’s no surprise that when Annie Mac’s Lost & Found first took a line-up featuring Carl Craig, Jamie Jones and Eats Everything there, the festival world took note. “Malta is a country that has all the right qualities for a foreign festival,” Mac explains. “It’s got incredible history and landscapes, if you want to explore further than the festivals, but most of all, the people are really great, warm and welcoming. They’re really focused on making Malta a go-to destination for UK clubbers.”

Eats Everything, real name Daniel Pearce, has been on deck at both Lost & Found events on the island, and he’s clear what impact Annie Mac’s festival has had. “It definitely put Malta on the map in terms of public awareness,” he explains. “Yet it still feels like a secret. Obviously Ibiza is a classic destination, but it seems like the time is right for an alternative, with proper credible music instead of neon-lit strips. The authorities are changing the feeling of the White Isle, whilst in Malta there’s more of a sense of freedom.” 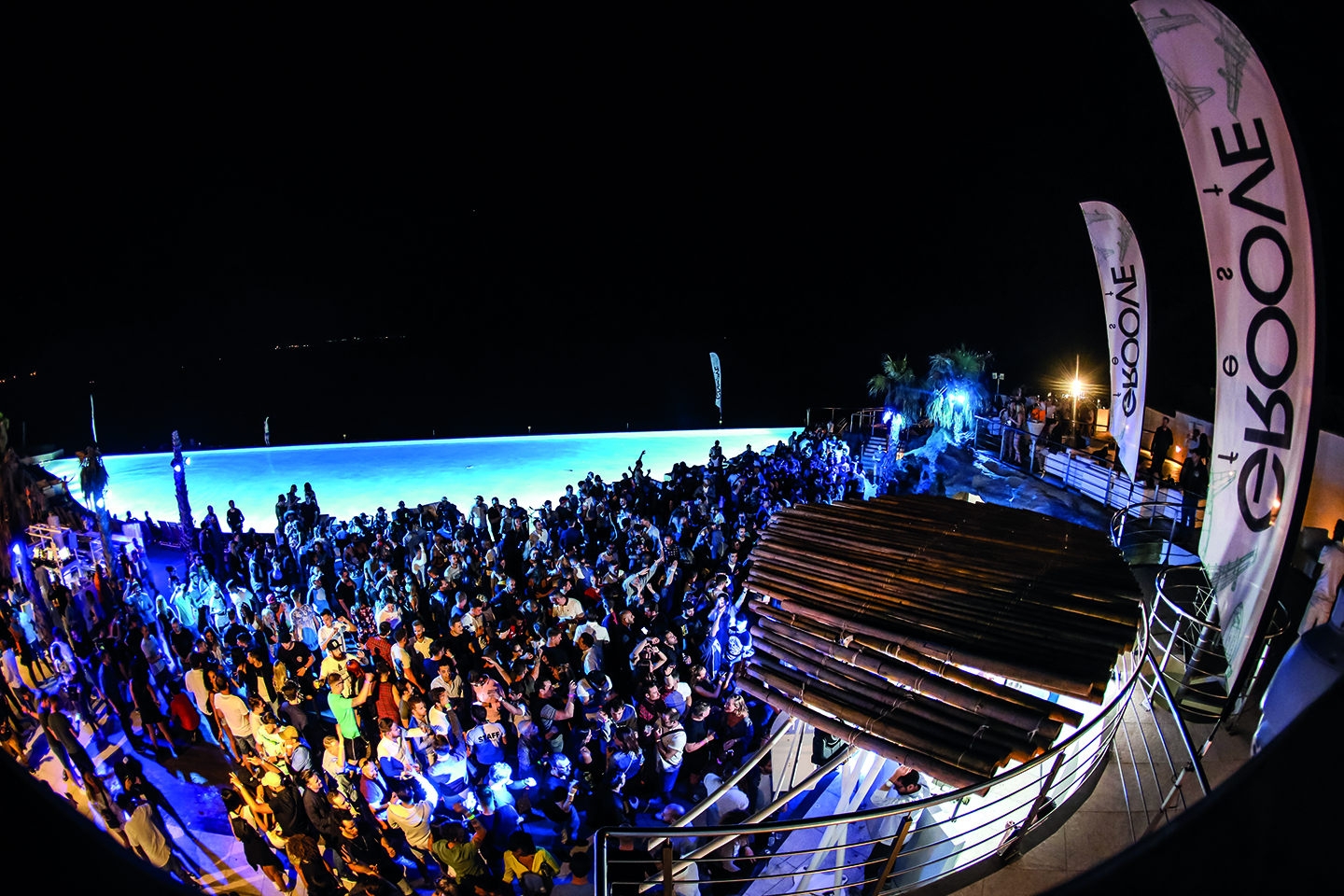 Another event that looks to push the island’s exposure is Glitch Festival, who have locked in Ben Klock, Dave Clarke, Len Faki and many more for their event in the woodlands of Buskett Gardens in September. Many of the team behind it has been putting on parties for 15 years, including those at Malta’s Liquid Club which have seen Jeff Mills, Robert Hood and Marcel Dettmann all grace the decks. “Until a few years ago this market was virtually untapped here,” Karl Attard, co-founder of Glitch, explains. “Finally, the government has realised they’re sitting on huge potential with festival tourism, and are investing in a market which hadn’t been considered before.”

Another new event to launch this year was Groovefest, which saw Apollonia, Hot Since 82 and D’Julz head to Malta on the first May Bank Holiday weekend. Jason Nelhams, the festival’s founder, agrees that the change in stance by the authorities was a catalyst for the burgeoning scene. “Malta was seen as a place to retire to for a long time,” he explains. “Now they’re keen to change that image and attract a younger crowd. But the untouched island has so many things going for it that the smart people have been coming here for years, they just never told anyone.” 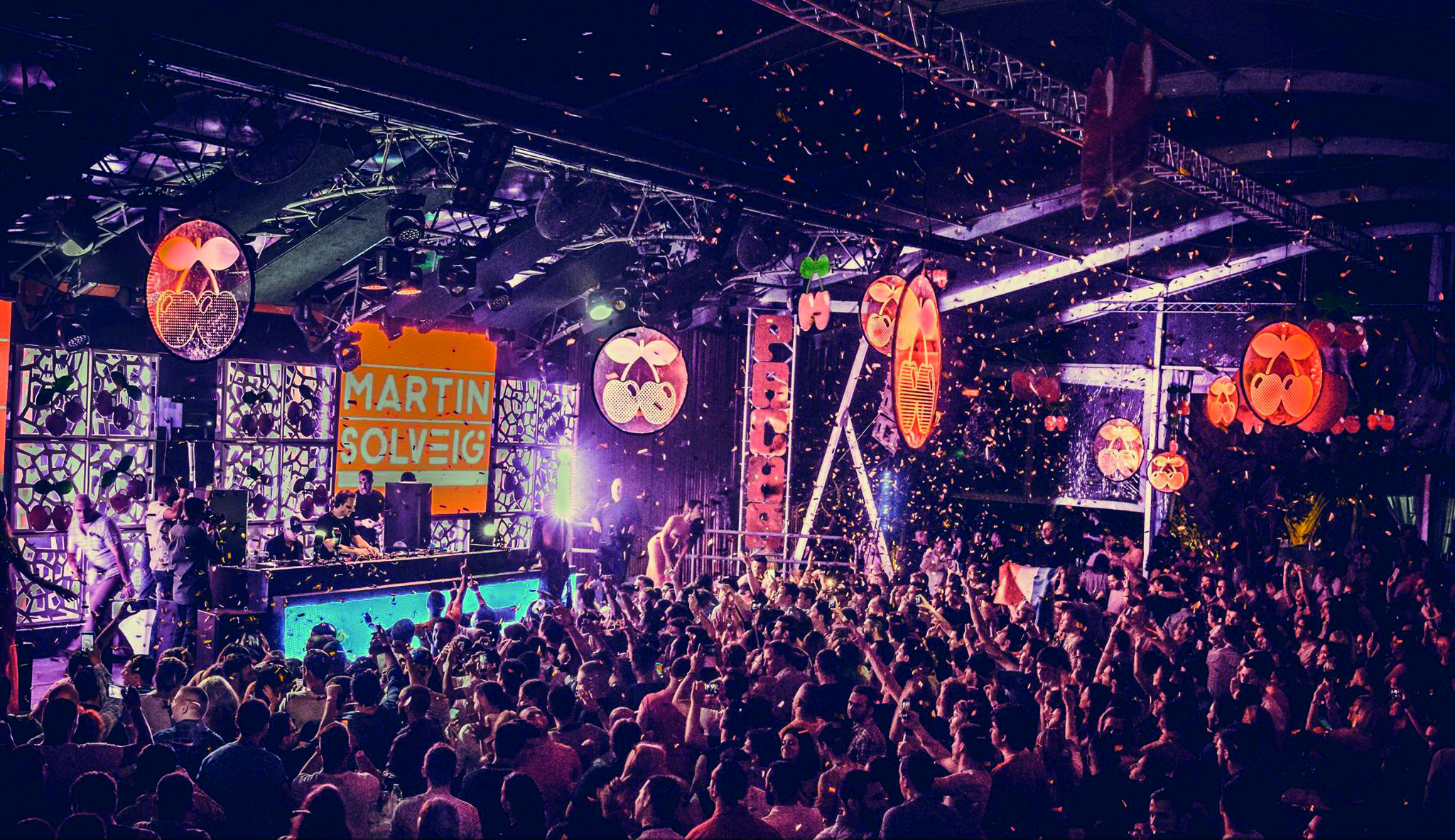 Groovefest was held across the Gianpula Village and Café Del Mar Malta, and Gian Carlo Ellul, the owner of the latter, argues that despite all the attention that’s on the festivals, the island’s venues are also helping drive the prominence of dance music in Malta. “There’s at least four that can easily compete with any other club in the world in terms of infrastructure,” he explains. “So people are recognising that we’re becoming a serious destination. We’re still probably only at  10 per cent of our potential in terms of tourism, but it’s always growing, so we could be looking at a few game-changing years.”

The main location where Lost & Found was first held has now been turned into the UNO Village in the Ta’ Qali National Park at the heart of the island, whilst to the east towards Valletta, the Aria Complex plays host to four venues of varying sizes which have seen artists as varied as Robin Schulz, Sven Väth, Steve Aoki and Miss Kittin all perform. But parties on the island aren’t just catering for large international audiences. There’s a number of locals running underground events that challenge those in Europe’s biggest cities. Franco Vella runs BLANK, who throw day-parties at bespoke locations across the island. These have included events in Malta’s Indoor Skatepark, castle raves at Palazzo Virtú in Rabat, and intimate rooftop parties, all hosting international underground DJs including Anja Schneider, wAFF and Prunk. 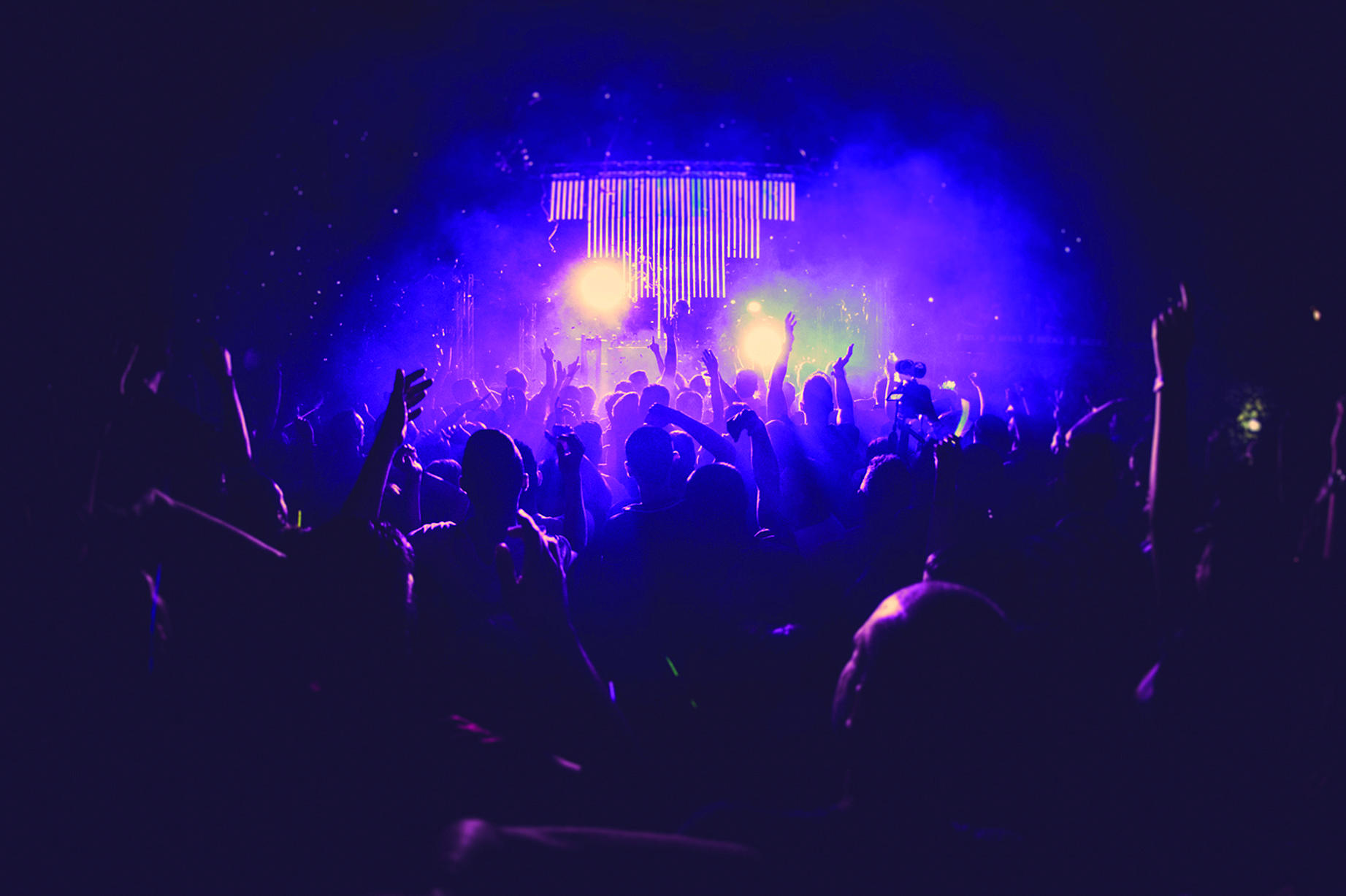 Vella focuses on day parties with BLANK because licenses on the island are still strict. Clubs must close by 4am, whilst any events held outside regular venues are generally given a 1am kick-out. He says it isn’t holding the island’s parties back, though. “The clubbing scene is clearly getting bigger now,” Vella explains. “And that’s giving knowledge to the youngsters that are growing up here.” But the BLANK boss actually fears Malta becoming the next White Isle, rather than seeing it as something to aim towards. “I’m still concerned that we’ll open the doors to everyone and not care about what it does to the country,” he explains. “We have the power to be selective about which events come here now — if we don’t do that, we’ll become overrun like Ibiza.”

BLANK hosts a Mobilee party later in the summer, with Ray Okpara, AND.ID (live) and Kevin Over all on deck. But Vella tries to support the upcoming local talent that’s spurred by the recent boom in electronic music in Malta too, with Mato, Nicky Slim and Squeak! all making waves on the island since playing BLANK parties earlier this year. Another local that’s broken out of the scene is Carl Bee, who’s recently been released on a number of international labels including Nic Fanciulli’s Saved Records. He also runs his Gringos night at Tropicana at the UNO Village, where the majority of Lost & Found is held. This year he’s booked Roger Sanchez, Dubfire and Kölsch to play the 3,000-person venue, that’s regularly packed to capacity. “Because of everything that’s happened, we can get the A-listers on the island now,” Bee explains. “When anyone parties here, they always want to come back,” he concludes.