Mall Grab has shared a new single and accompanying video, 'Metaphysical'. Check it out below.

The Australia-born, London-based producer has released the track on his own label, Looking for Trouble, coming after the previously released 'Spirit Wave', and a Model Man remix collaboration with TSHA.

"This track is a homage to the music of my adopted hometown, London. I wrote this song in December 2021 just as shows and clubs were coming back and I could finally see all of the people (myself included) losing their shit to music again. Loud, chaotic and euphoric," said Mall Grab.

The video was directed by Liam Oz, whose has previously worked with artists such as The Avalanches. Shooting took place in the city after dark, and shows Mall Grab and friends cruising the city by bicycle. 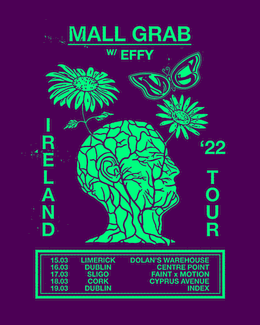