Milkshake Festival has confirmed that its seventh edition will take place in Amsterdam 29th and 30th of July. The Village People, Miss Kitten, Heidi, and Riton set to spin during the two-day event.

A collaborative festival between Amsterdam’s Paradiso and AIR, Milkshake has been heralded as one of the largest and most respected LGBTQ events in the world. Championing free love, tolerance, liberalism, art, culture, entertainment, and creativity, the spectacle has been dubbed “the world’s most open mind electronic music festival”.

In honour of the late icon George Michael, the festival will curate a special Wham’bam Thank You Ma’am stage as an ode to Wham. London’s WUT?CLUB and Paris collective Less Drama More Techno are also set to curate stages.

Check out the daily line-us below. Stay up-to-date with ticketing information here. 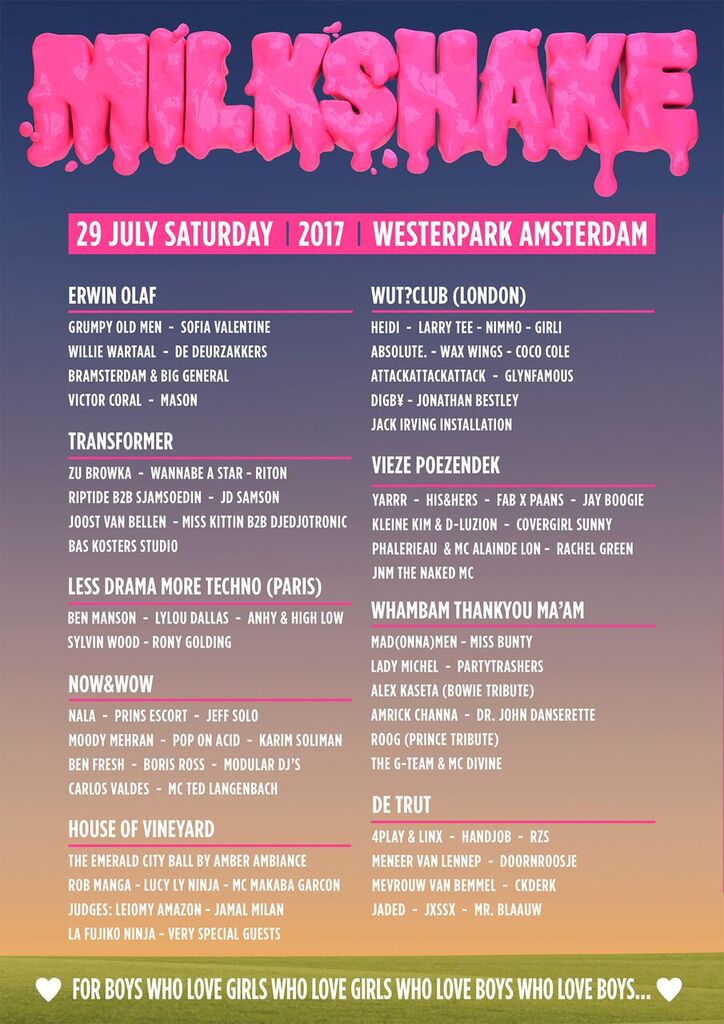 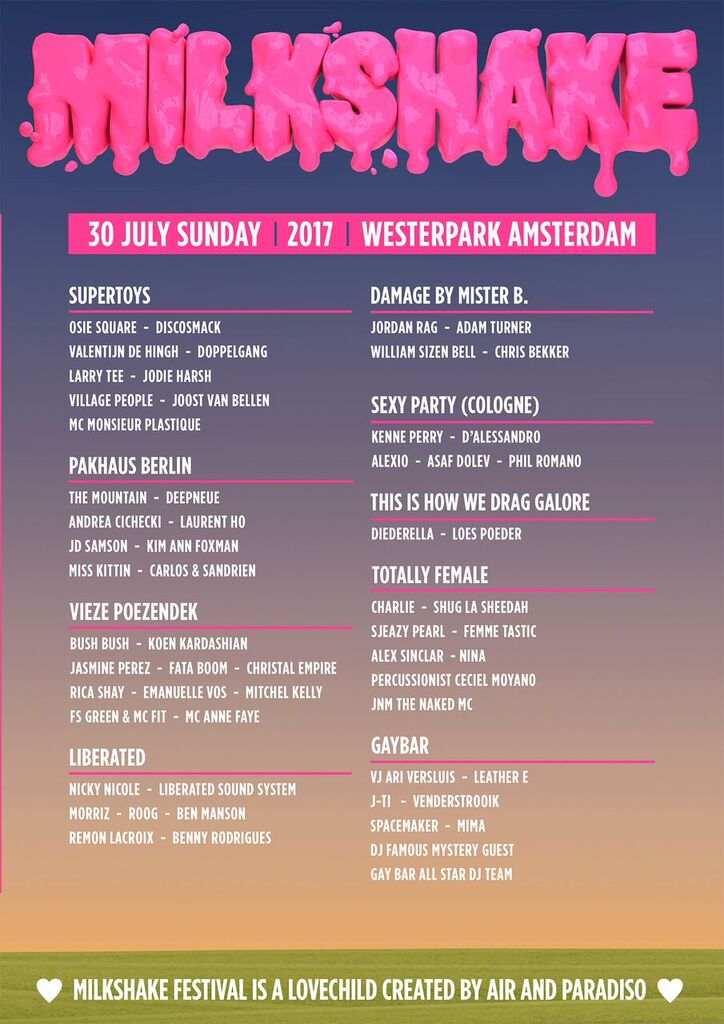