Moog Music have released their first analogue polyphonic synth in over 30 years. Revealed via US retailer Sweetwater, the Moog One has been teased and rumoured for a long time, finally having its pics and specs announced this week. With a Fatar keybed, three oscillators per voice, three-part multi-timbral with FM, hard-sync and ring mod. That means that in Unison mode, you can stack up to 48 voices. The arp and sequencer address each part separately and so can the effects.

Of course, Moog's classic ladder filter is included alongside a variable filter that can be used in parallel or series. There's four LFOs, three envelopes and an analogue mixer for balancing all the audio source. FX are purely digital and include Eventide reverbs, while presets and performance settings can be saved and recalled to USB. There's also an audio input for processing external sounds. Basically, it's a beast. As expected. 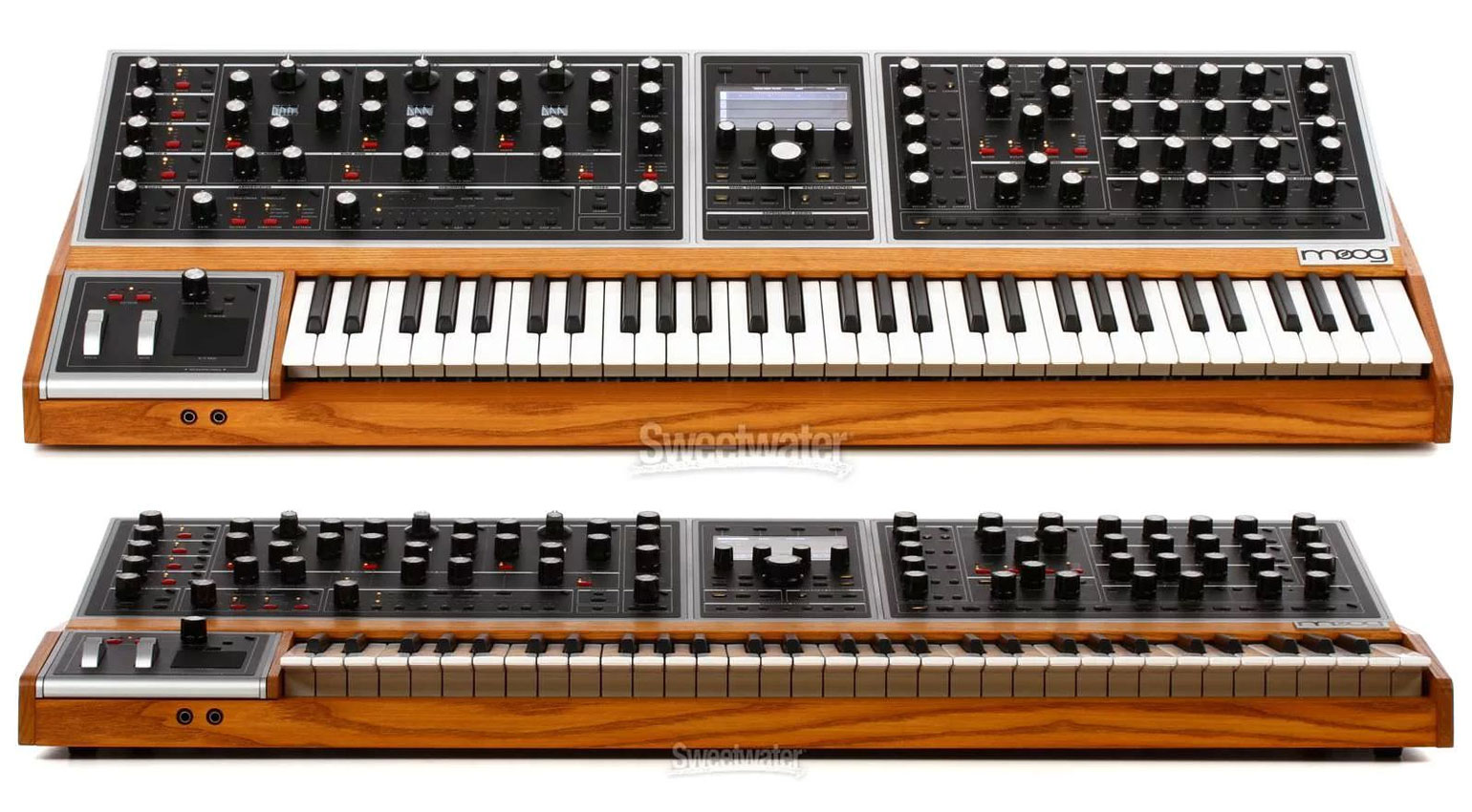 And for a synth of this power with the Moog name, it's gonna cost you – the 8-voice version comes in at $5,999 while the 16-voice version is a staggering $7,999. More images and details will be released soon. Despite their protesting, it looks like Trump's tariffs haven't effected the Moog One's development, who knows how it will effect future Moog manufacturing. If your budget won't stretch to $5,999, you can build your own Moog synth here.