Spanning a 15-year period of work, Rewind - Journey of a Music Photographer is the debut book by award-winning London photographer Soulla Petrou. Undertaken during lockdown, the coffee table book features a wide selection of Petrou's work during the first half of her career, including shoots with emerging talent for the likes of DJ Mag, Mixmag, Touch and The Face.

As well as an introduction by music writer Alexis Petridis, and various unpublished images from 1994-2009, the 176-page book also features many legendary faces, among them Frankie Knuckles, Orbital, Underworld, Goldie and General Levy.

Petrou has launched a Kickstarter campaign in order to self-publish 500 copies of the book. She will also be donating 20% of the money raised for the book to indigenous people in the Amazon's Javari Valley.

In a statement, the photographer said: "Whilst I was finishing this book I heard the tragic news that my former Mixmag editor and friend Dom Phillips was murdered in the Amazon while trying to shine a light on the plight of indigenous people living in the area."

"I would like to donate some of the proceeds from the sale of this book to Univaja, the organisation set up to help the indigenous people of the Javari Valley, the cause Dom championed."

Printed on silk paper, with Italian luxury endpapers and a matt laminated hardback cover, Rewind is expected to ship in December. Check out some images from the book below. 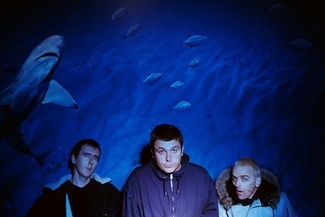 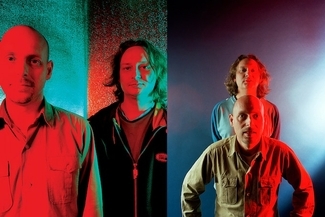