A new club is opening in Cologne's Stadtgarten complex, Jaki.

Housed in the basement of what's regarded as the German city's focal point for jazz and contemporary sounds, it will occupy the same space as now-defunct Studio672, albeit a complete redesign has taken place.

The venue's name is a nod to Jaki Liebezeit, the celebrated drummer and member of seminal experimental rock outfit Can, widely considered one of the most influential bands the country has ever produced.

"Our name is a reminiscence of the great Jaki Liebezeit," a social media post from the club reads. "And as his versatile and innovative style of playing and challenging boundaries was legendary, we want to reference that openness and creativity in our new club— as a space where pop, jazz and above all current club culture will meet."

Jaki kicks into gear with a three-day mini festival, opening doors on Wednesday 2nd October for two days championing meeting grounds between Western and Arabic musical styles. Names set to play the inaugural date include one of DJ Mag's 2019 ones to watch (long-since proven a wise bet) Deena Abdelwahed, alongside Zuli and Peter Graf York.

The following evening, Thursday 4th October, Nadah El Shazly, Matthias Mainz and Lekhfa seize control. Friday 4th October then sees an evening performance from Makeda, before Mama Snake, Aroma Pitch and MK Braun take over for the night shift. Check the flyer below for full listings, or head to Facebook.

The news comes in the same month as new club openings in UK cities London and Manchester. 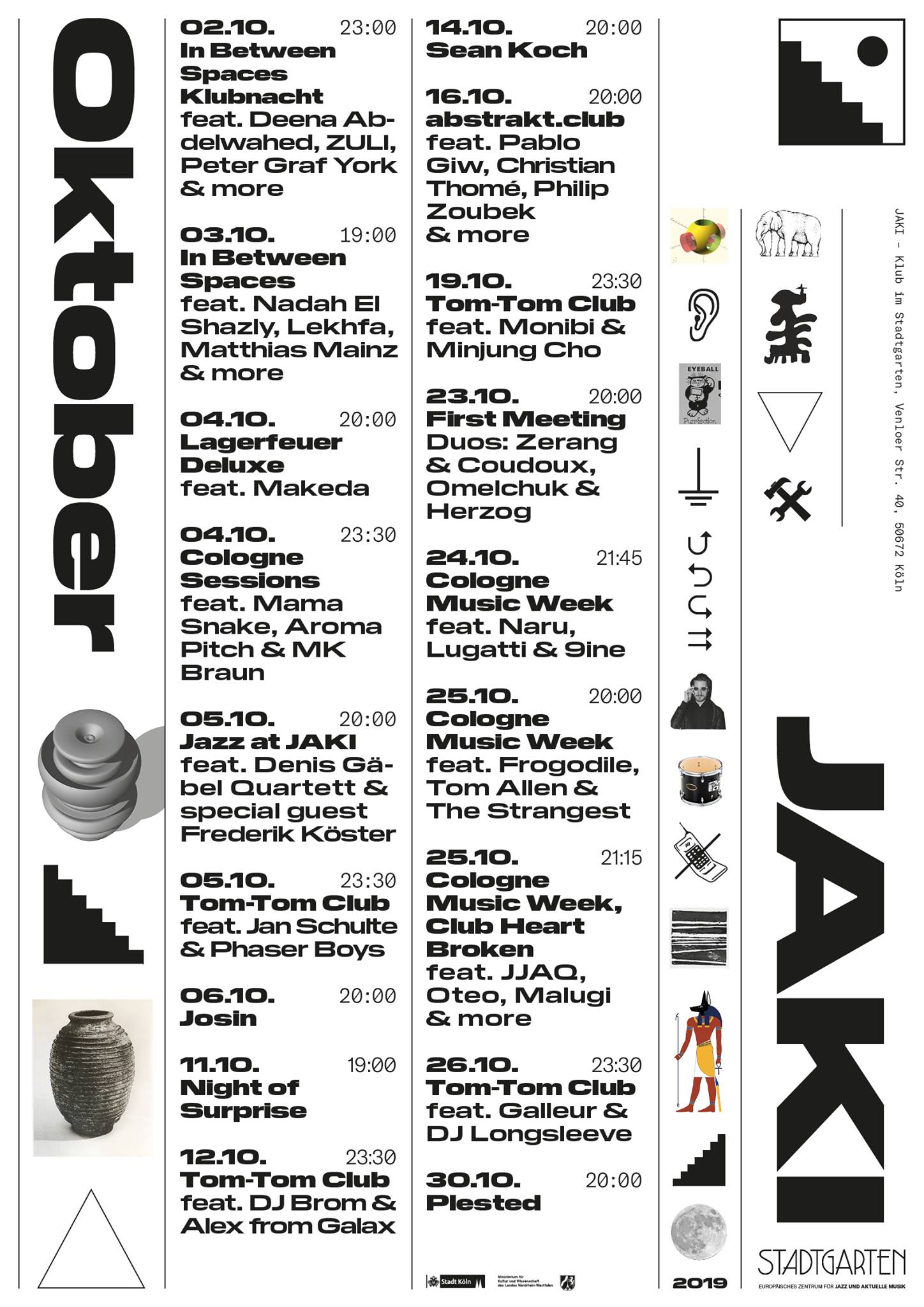