The Notorious B.I.G.'s 1997 album 'Life After Death' is getting reissued as an eight-LP box set for its 25th anniversary.

The collaboration among the Estate of Christopher Wallace, Bad Boy Records, and Atlantic is part of a campaign to honour the late icon during what would've been his 50th birthday year, according to Complex. 'The Sky’s the Limit: A Year Celebrating the Legacy of the Notorious B.I.G.' will feature 4K upgrades of Biggie's music video catalogue, which will be released on YouTube, numerous online events, plus the teaser of "additional surprises". It will culminate in the release of a 'super deluxe' version of 'Life After Death,' Biggie's final studio album, originally released 16 days after his death in 1997.

The $180 eight-LP vinyl box set, out on 10th June 2022, will include the complete album and 12-inch singles 'Hypnotized,' 'Mo Money Mo Problems,' 'Sky’s The Limit' and 'Nasty Boy,' as well as a commemorative booklet with rare photos from the 'Life After Death' cover shoot, liner notes by New Yorker editor Sheldon Pearce and contributions from people involved in the making of the album. 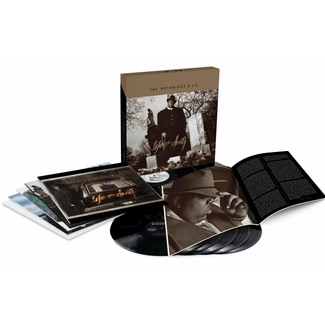 The Notorious B.I.G. documentary has landed on Netflix today: Watch Notorious B.I.G. to have Brooklyn street named after him