Palms Trax has been announced as the next resident at London club XOYO.

The Berlin-based DJ and producer, who has released on Lobster Theremin, Dekmantel and Secretsundaze, will hold a three-month residency at the Shoreditch venue.

Each Friday night he’ll be getting behind the decks - either in the Basement or Green Room - and inviting guests including Hunee, Job Jobse, Ruby Savage, Shanti Celeste, Intergalactic Gary, Antal, AceMoMa, Paula Tape, Dar Disku and Changsie to join him.

Asquith, Young Marco, Phuong Dan, Omar S, David Vunk and Danielle Baldelli are also among his guests and there will be live shows from A Guy Called Gerald, Acid Arab and Stellar Om Source. Check out the full list of guests below. 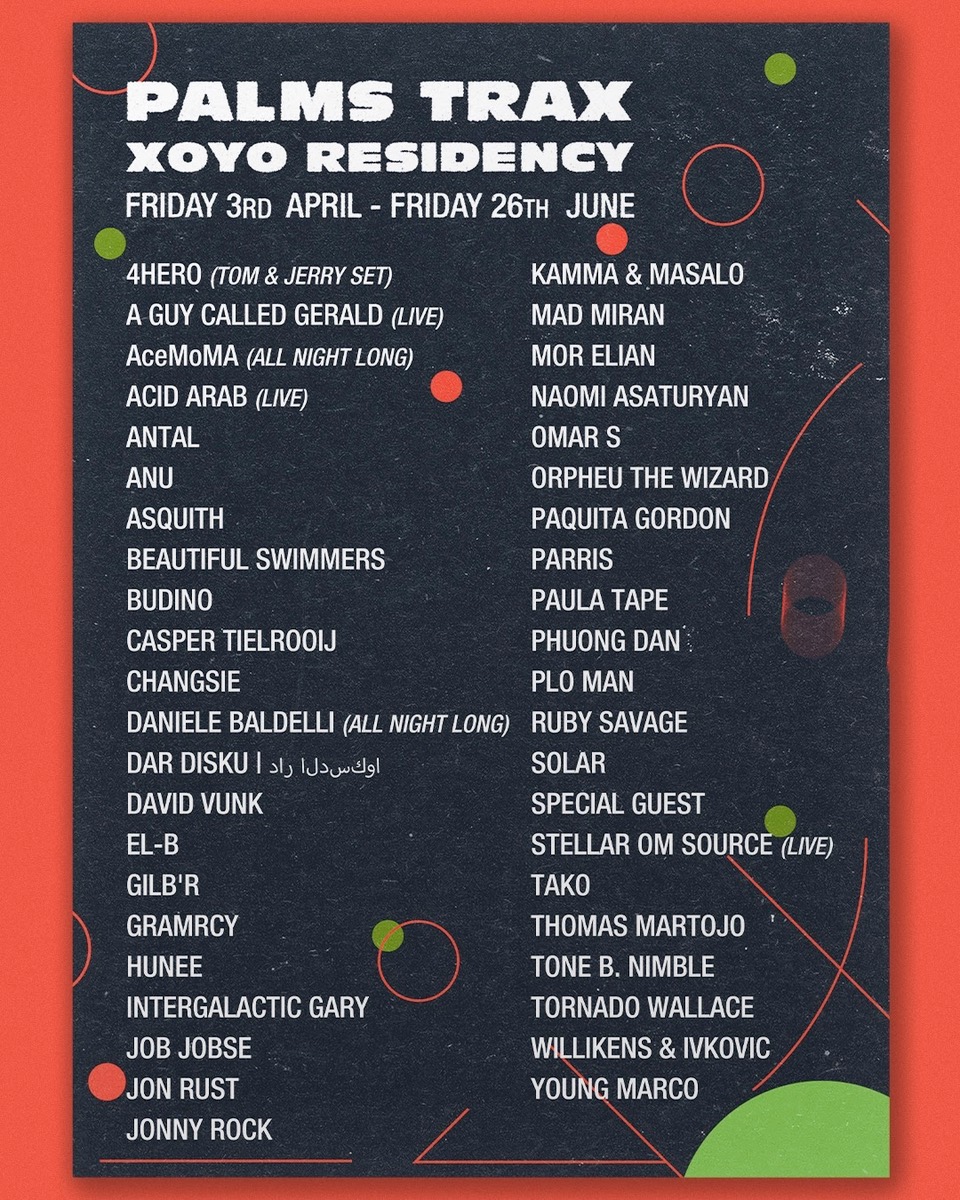