The second instalment in Palms Trax's 'CWPT Tape Series' has landed, with Cocktail d'Amore resident Budino in the mix.

Italy-born, but rising to acclaim while living in Berlin and regularly playing at the party, Budino's selections span Balearic, Italo, and cosmic beats.

Alongside the mix, the release includes a recorded a conversation between the DJ and producer and her long-time friend, mentor and Italian dance music legend Beppe Loda. Their discussion touches on the rise of DJ and electronic music culture in Italy, tracing this back to the 1980s — a celebrated era in the country's club and rave history. Tracks used on Budina's set can be seen as a continuation of that legacy, which I further explored in their dialogue.

Artwork for the release was created by Ruff Mercy, and the package is available to buy now exclusively through Bandcamp. Following the invasion of Ukraine by Russian President Vladimir Putin, all label profits will go to the Ukrainian Red Cross.

Cocktail d'Amore marked a decade of events in 2019 with the publication of a special edition book. Palms Trax is among the artists confirmed to play this year's Gala Festival. 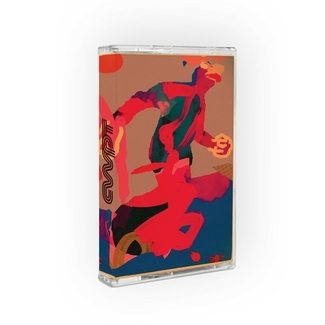