Paul Van Dyk has announced the full line-up for the second season of Shine Ibiza.

Taking place every Thursday from 11th July to 19th September in San Antonio club Eden, the trance icon will headline each party. He will be joined by an array of guests including Cosmic Gate, Ben Nicky, Bryan Kearney and Jordan Suckley throughout the 11-week series.

Aly & Fila will play six times over the course of party’s run, including a three-hour opening set on the first and final nights.  You can see full details for each event below.

Speaking about the party’s first season, van Dyk said, “Shine brought a breath of fresh air to Ibiza in 2018. To break out and do something new and under our own steam was a wonderfully liberating experience for myself personally and, I think, all involved.

“The team was right, the vibe was right and the DJs Shine brought in to play were second to none. Trance and it’s global family were back on the island in its truest form. That all showed in the reception the night received.”

Paul van Dyk recently told DJ Mag about the 10 tracks that ave inspired him most. 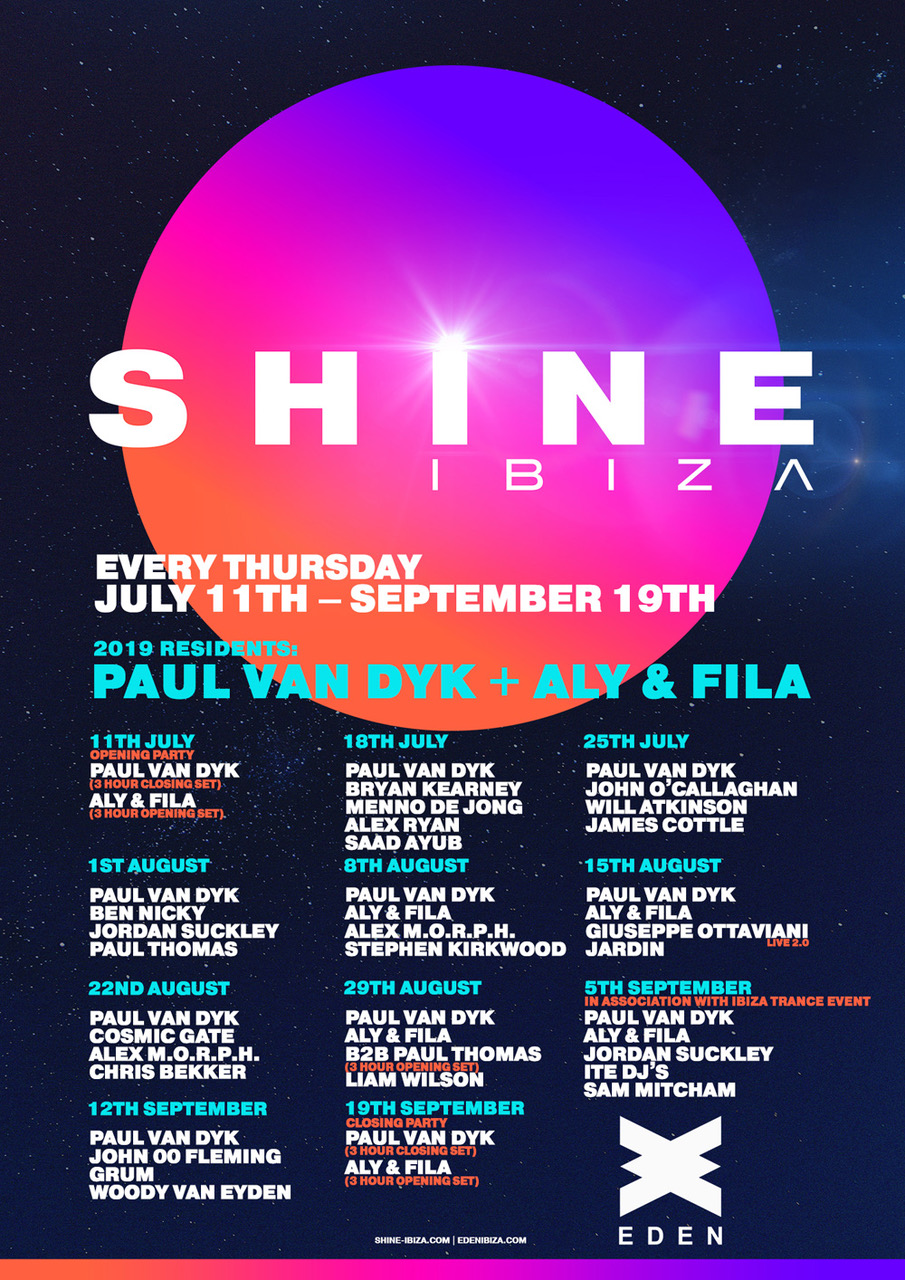