DJ Mag’s Best of British Awards party is going down this Thursday 13th December and the line-up just keeps on getting better.

With tickets available here for a meer £5, this party at EGG LDN is set to be a pretty unforgettable, especially now that UK techno legend Perc, d&b duo SpectraSoul (with MC GQ), ‘Best Track’ nominee Weiss and recent DJ Mag Podcast mixer/interviewee Etch have been added to the already stacked bill.

They join the likes of Camelphat, Rebekah, Eats Everything, James Zabiela, Ellie Cocks, Mantram Dead Man’s Chest, Jamz Supernova, Breakwave and Mason Maynard. You can see the full line-up here, though we have a very special secret guest also locked to play on the night.

Performers on the night have been selected from nominations in our annual Best of British Awards, powered by Relentless Energy Drink. Voting has already closed, so now we play the waiting game to find out who DJ Mag readers have deemed the most vital members of the UK’s dance music community.

The poll is now in its 12th year. Positioned as a counter-balance to the global Top 100 DJs poll, Best Of British is our chance to shine a spotlight on the homegrown stars who fill the pages of our UK magazine each month. 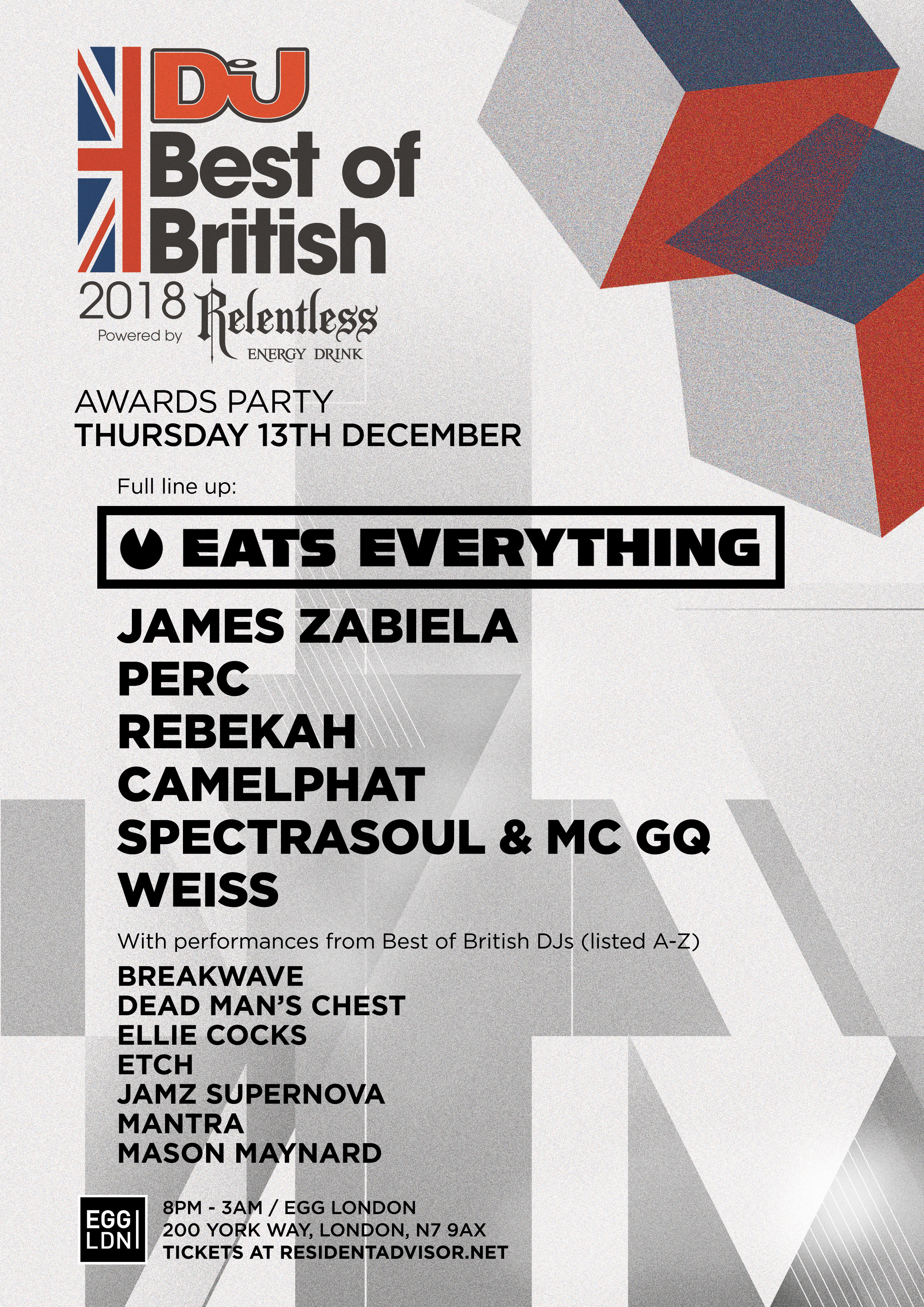