Inside the unit, there’s a new MPU processor, as opposed to the DSP architecture of the 2000 range, meaning that the 3000 is potentially much faster, more stable and sounds better. It also future proofs the 3000 for future firmware updates and software revisions. A new Key Sync button lets you automatically mix harmonically for tracks that have been analysed by rekordbox. 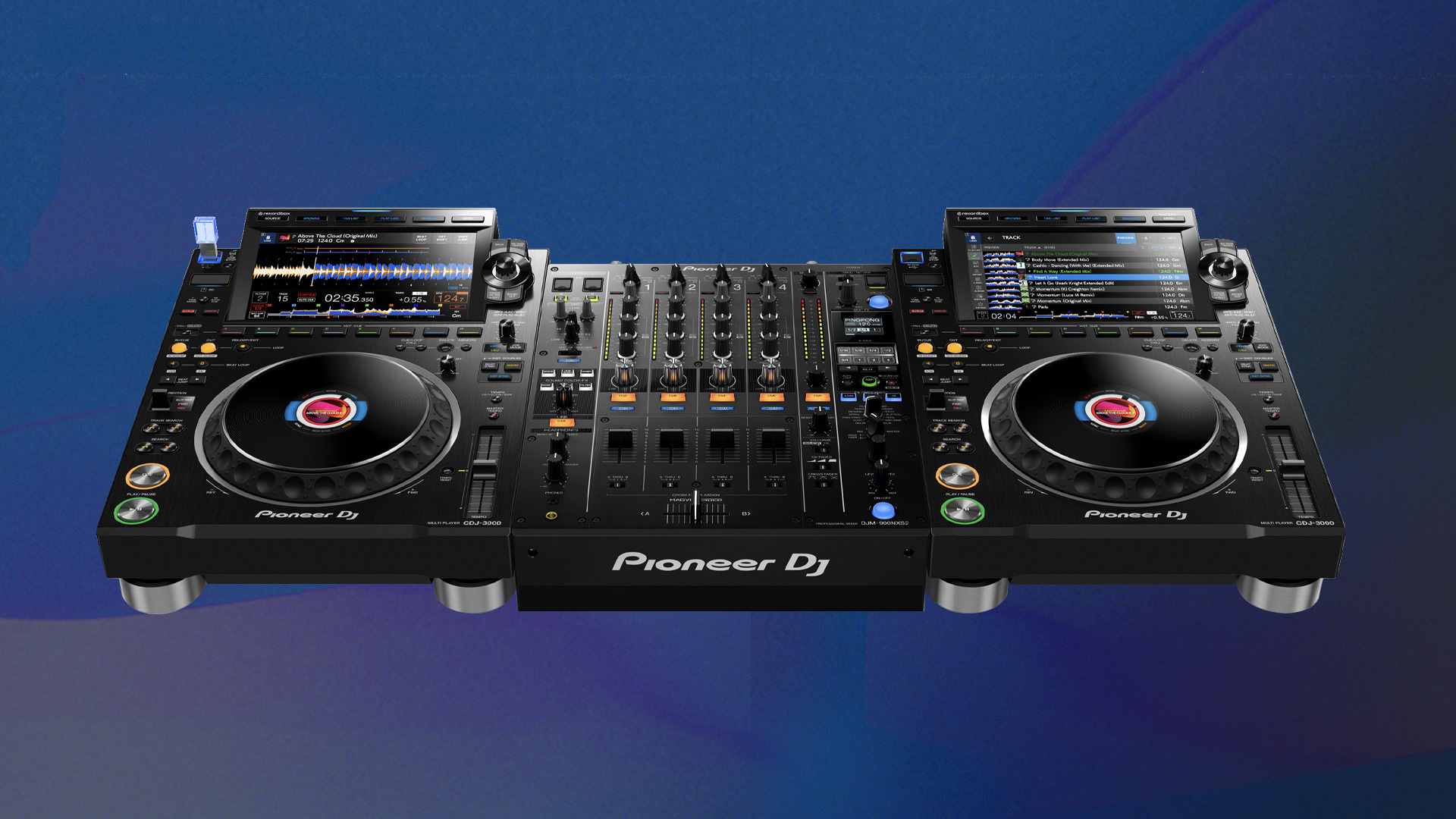 By putting a CPU inside the 3000, Pioneer DJ say they’ve “revolutionised the way the CDJ is driven” and has enabled them to bring new functions that weren’t possible before. The new CPU allows for faster loading of tracks and hot cues, higher quality key shifting and tempo stretching and new features like Touch Preview, Touch Cue and Stacked Waveforms.

In terms of layout, Pioneer DJ has kept the CDJ familiar to current users while tweaking a few of key elements. The 3000 features eight coloured hot cue buttons, four more than on the previous range, and they’ve been moved to underneath the screen to align with the waveform. The dedicated Beat Jump buttons let you quickly move around a track – the number of bars you jump around can be dictated in the settings.

A new aluminium faceplate replaces the plastic of the 2000 for a sturdier and more robust finish. You can now loop four or eight bars with a single button press. Aside from that, the layout hasn’t changed much, and a lot of new functionality is accessed through the new nine-inch touchscreen.

The screen is one of the best new aspects of the 3000, and is a huge improvement on the previous model. With 150% more brightness and a 720p resolution, it’s much cleaner, clearer and more useful than before and feels a lot more intuitive, though it isn’t multi-touch. Just above the screen there are new dedicated buttons for Playlists and Search, with the much more responsive on-screen QWERTY keyboard. 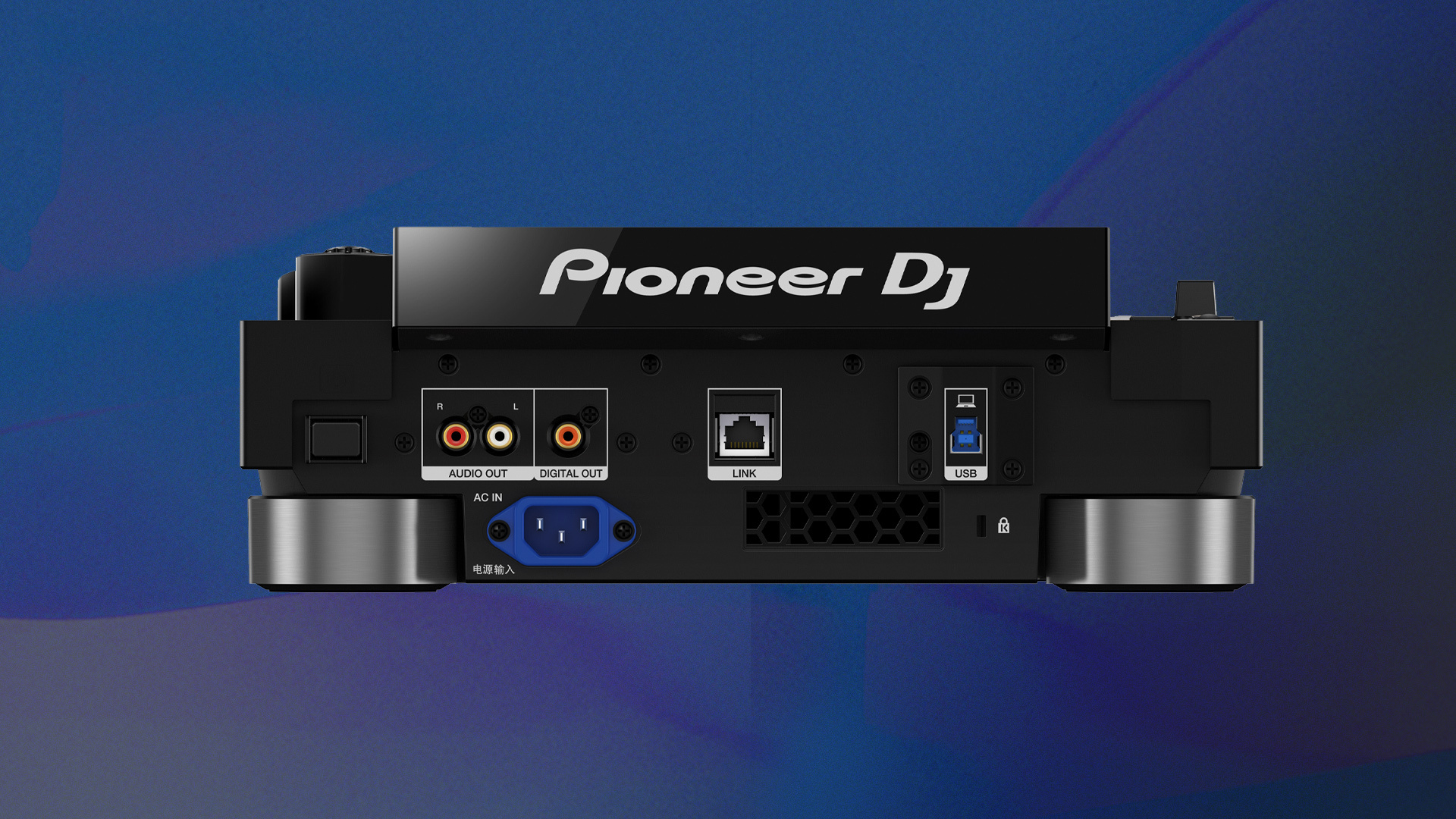 Another new feature Touch Preview means you can now preview a track directly from the browser without loading it into a deck. Simply touch and hold the waveform in the browser view to hear the track in your headphones. Another new feature is Touch Cue – using the smaller waveform you can skip ahead in your headphones to preview a later part of the track that’s already playing in the deck.

Round back it’s the usual RCA output, SPDIF for digital signals and new gigabit ethernet port that lets you play from a single USB across up to six players. A new locked power cable ensures that you don’t lose power mid-set.

A lot of what’s new on the 3000 are tweaks rather than revolutionary features. It’s surprising not to see any streaming functionality out of the box given Pioneer DJ’s recently introduced rekrodbox cloud and Denon DJ’s recent incorporation of dropbox, Beatport LINK and more. Our suspicion is they wanted to get the basics locked down before expanding on what is the industry standard player – too many big changes could dissuade power users from upgrading early doors. We expect many features to be added via firmware updates in the months ahead, helped by the new CPU update.

The CDJ3000 costs €2,399 and is available now. Watch our First Look video below for more info.