RANE is back with a new bit of kit – the ONE controller. The new controller is for use with Serato DJ Pro and has a few tricks up its sleeve. It's unique in that it comes with seven-inch motorised platters, giving DJs authentic vinyl-style performance and feel. It also comes with slipmats and seven-inch vinyl to complete the set-up. RANE has essentially taken the technology from their Twelve standalone turntable controller and Seventy-Two mixer and combined them into an all-in-one compact controller unit. Don’t let the compact nature of the ONE confuse you, this is every bit a pro piece of kit and its wealthy feature set allows it to be adopted by a wide range of DJs from the turntablist to the house-style DJ who wants to still practice the art of DJing via the traditional turntable methodology, albeit via a digital DJing platform.

The diecast aluminium platters look like miniature versions of a platter that would be found on a Technics SL-1210 turntable. They also feature a quick-release mechanism for keeping the vinyl in place. Users also have the ability to change the motor torque setting of the deck (High or Low) to suit their style of DJing. Everything has been designed to ensure that the DJ experiences the traditional tactile feel of vinyl/turntable DJing. While this has to be the USP of the new ONE controller, there are a lot of other features that add to the overall package. 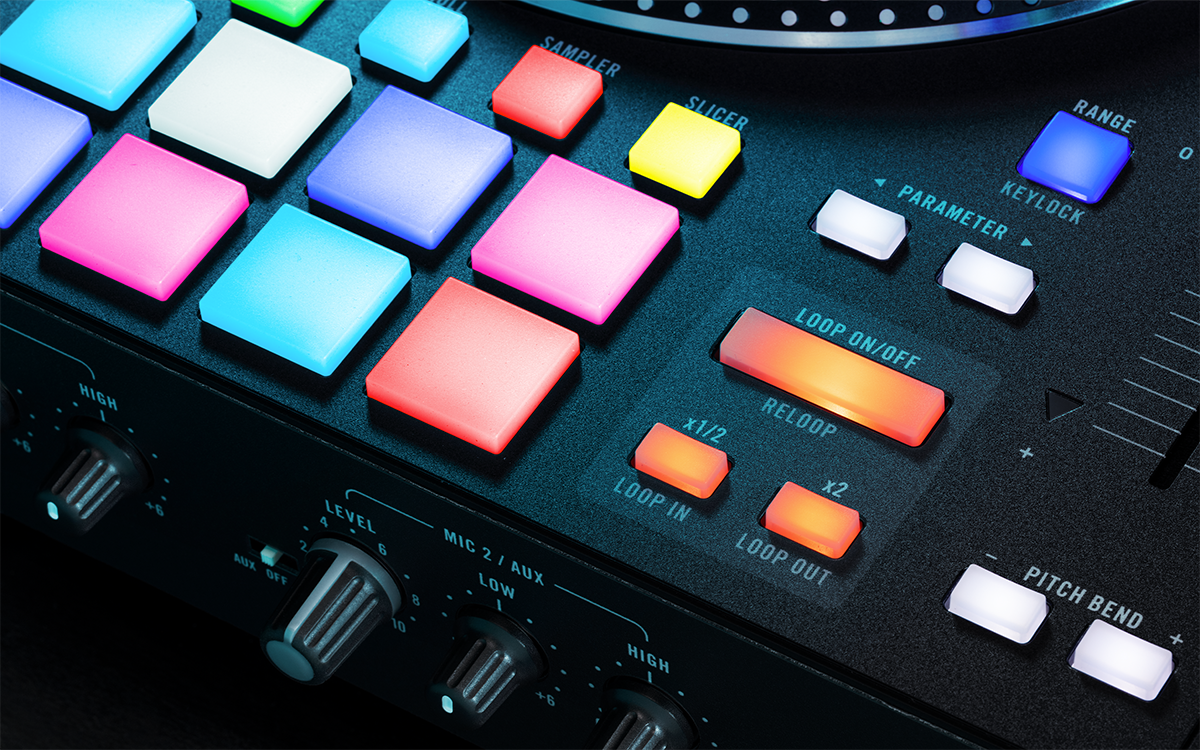 The mixer section follows the same form of RANE’s top-flight mixer, the Seventy-Two, which should make it appealing to scratch and battle DJs. However, RANE has boxed clever and kept it simple enough for standard DJs to get on board, without feeling overwhelmed by the in-built touch screen and advanced features of the aforementioned mixer. What comes with the ONE is the innovative FX paddles, which sit in the middle of the mixer section and allow DJs to play with the extensive FX options that are available via the controller and the software. Different FX can be chosen together for additional performance control simply by pushing down two of the available six FX buttons.

There are also the standard controls for EQ as well as a hi- and low-pass filter. The mixer section also utilises the latest MAG FOUR fader, RANE’s lightest and smoothest fader to date. Users also get front panel controls for fast/slow contour adjustment, and the fader also has internal tension-adjust so the movement can be adapted and tweaked to the user’s desire. Also available is a reverse switch, and a new feature to Serato DJ software; cut in adjustment control, which can be modified directly from the software. 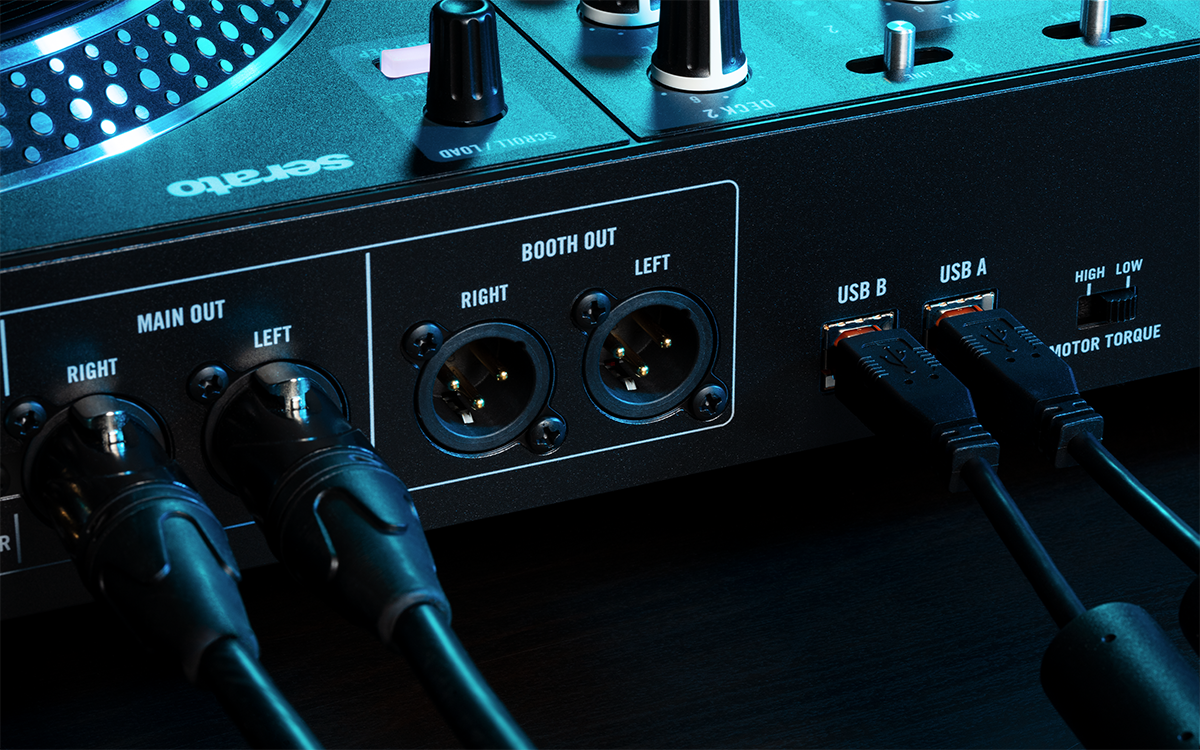 In terms of connectivity options, the ONE is fully spec’d with two USB ports for dual computer connection. Switchable line in and out for connection of additional external equipment such as multimedia players or turntables, two mic inputs with one doubling up as an aux input offering DJs five potential sources of audio that can be mixed via the controller. There are two outputs, one for main and the other for booth, featuring XLR and RCA connectors.

The ONE has to be one of the most innovative and exciting new controllers for Serato DJ Pro currently available and has the potential to become a cult classic. DJs from all walks of life can experience the tactile nature of vinyl/turntable DJing while still enjoying the benefits of a digital DJing system. The Rane ONE costs £1,299. Watch the video below for more info.