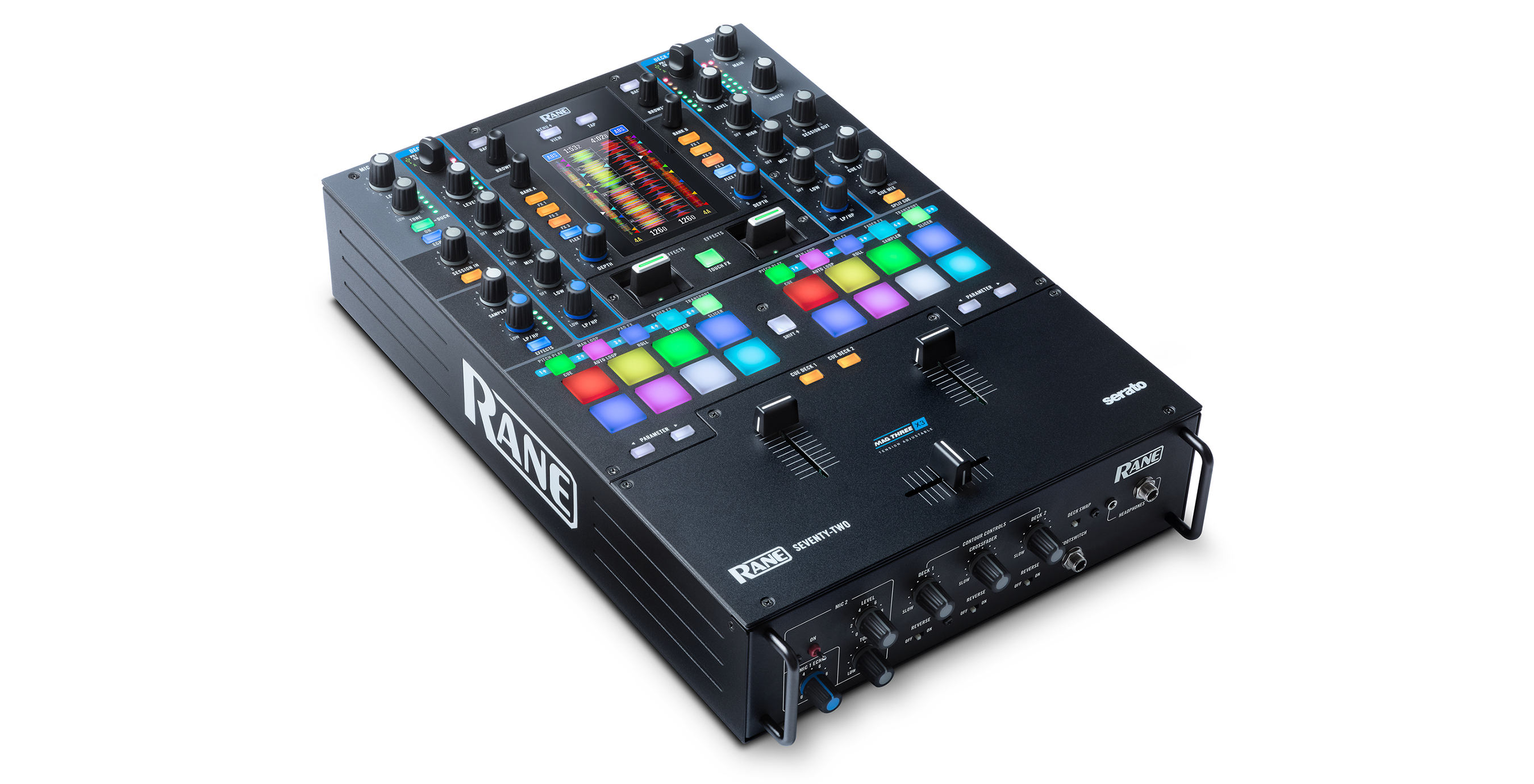 The touchscreen is particularly interesting, offering waveform and cue point reference as well as FX control and song selection – alternatively, you can configure your own controls. Round the back there’s another feature that makes the Seventy Two unique – two USB ports that can be used for the new TWELVE battle controller.

A motorized 12-inch vinyl platter, the TWELVE is a dedicated controller for Serato DJ, offering an alternative to timecode vinyl, avoiding any dreaded needle skipping or tone arm hopping. Rane DJ have replced the arm with a multi-function touch strip and eight hot cue buttons. The USB MIDI interface the TWELVE plugs into the Seventy Two mixer or can be used directly with a computer.