Otherlands has announced more than 40 new acts set to play this year's festival.

Set to make its inaugural outing at Scotland's Scone Palace - a Category A-listed historic house near the village of Scone and the city of Perth - the music and arts festival has added artists including DJs and artists including Roman Flügel, Craigie Knowles, Eclair Fifi and Kojaque. They join previously-announced acts including Bicep, Honey Dijon, Ricardo Villalobos and Jamie XX.

The latest announcement also includes news of stages hosted by the likes of BBC Introducing and Boiler Room, marking the first-ever camping festival broadcast for the latter. Check out the full line-up below.

In a statement, festival founder Tom Ketley said: "We’re thrilled to be able to reveal so many amazing artists for Otherlands’ very first line-up, not to mention our stage partners who will really help make Otherlands an invaluable platform for up and coming acts from all genres.

"We want this to be more than a music festival, and partnering with organisations that are so important to the country's culture can help us do this by really elevating what we are offering fans to the next level.” 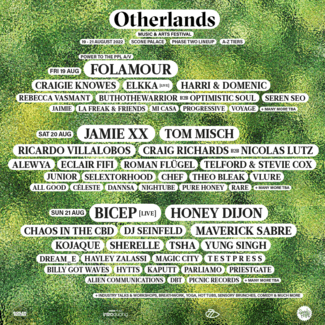