Steffi has announced a new album, 'The Red Hunter', which will arrive on October 24th via her new label, Candy Mountain. Listen to 'North Facing Shade' from the album below.

It's the Netherlands-born, Portugal-based artist's first solo LP since 2017's 'World of The Waking State', which was followed in 2019 by a collaborative LP with Virginia, 'Work A Change. The new offering is dedicated to Steffi's late mother, and tells a story of family, female spirit, and change across ten tracks written over several years.

Musically, the tunes are a deep, detailed, and atmospheric trip through broken techno, packing melody and bite in equal measure. The release also marks the launch of a new platform, Candy Mountain, which takes the form of a label, studio and creative hub founded alongside Virginia at their base in Portugal.

Cover art was designed by Michiel de Verde, and features a Rein Vollenga sculpture edited in post production and rendered unrecognisable, supposedly mirroring Steffi's own creative process. Alongside the record, a series of live shows will take place with hand-picked lineups, with full details still to be confirmed.

Listen back to the records that connect Steffi & Virginia in DJ Mag's exclusive feature with the pair. 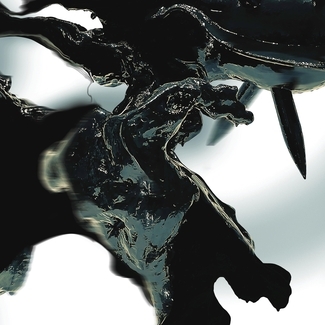