The 18-track LP features the singles 'Home Maker' and 'Selfish Soul', as well as new offering 'NBPQ (Topless)', which you can hear below. You can also see the album artwork below.

‘Natural Brown Prom Queen' is centered around the theme of home and sees the US violinist, singer, songwriter and producer assume a character called Britt, “the girl next door from Cincinnati who drives around the city with the top down and shows up to high-school prom in a pink furry bikini with her thong hanging out her denim skirt.”

A quote from author and poet Hanif Abdurraqib accompanies the album. “Beyond its narrative sharpness, beyond its thematic generosity, the achievement of Natural Brown Prom Queen is, to me, not just in how it will summon you towards movement, but also the many ways it does that summoning, the many eras and sonic landscapes it calls to in order to do that work," he wrote.

‘Natural Brown Prom Queen' is the follow-up to Sudan Archives's debut 2019 album 'Athena', which featured collaborations with the likes of Washed Out, Paul White and Rodaidh McDonald. 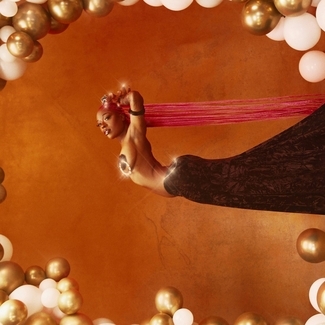