TSHA has announced her debut album, ‘Capricorn Sun’, which will land on 7th October via Ninja Tune.

The LP's lead single, 'Giving Up', was created in collaboration with TSHA's partner Mafro and is available to listen to below. The UK producer says the track was written during a period of relationship strain and is a "manifestation of our frustrations at the time".

“I like to identify with some of the positive characteristics of a Capricorn: the hardiness and the work ethic... but also the sensitivity,” explains TSHA. “Naming the album ‘Capricorn Sun’ was a good way of saying ‘this is me’”.

'Capricorn Sun' follows TSHA's 2021 collaboration with Mall Grab and her 'OnlyL' EP, as well as her recent compilation for the 'fabric presents' series, and a number of key live spots that include an opening gig for Disclosure at Alexandra Palace as well as an upcoming residency at the hallowed DC-10 in Ibiza.

Back in 2019, spoke to TSHA about the piece of studio gear she can't live without – revisit the interview here. 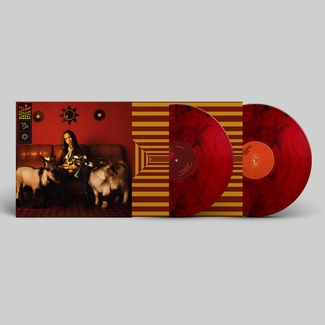