The world's first "EDM musical" is set to be released later this month.

Written, directed and composed by Will Wightman, Heart Failure was created and shot in Falmouth, Cornwall during the pandemic, and is described as a "short musical dramedy," and the "first musical for cinemas and nightclubs."

The musical follows characters Frank and Lizzie, whose relationship grows from a one-night stand, to love and through to ultimate heartbreak. Created by Cornish indie production company Cool Bean, the crowdfunding campaign for the 10-minute film reached number one on Kickstarter and hit its target in under five hours. On 18th February, it will premiere at this year's BFI Future Film Festival, where it is also nominated for Best Film, Best Director and Best New Talent.

"We thought about making a thoughtful thriller about isolation or a dark horror about mental health. Instead though, we decided to make what we wanted to watch: a fuckin musical, with dance music in it and also a bit of sex. Nothing inspires creativity like the end of the world, oh and breakups. SO many lockdown breakups."

Go here to learn more and check out the film's trailer and poster artwork below. 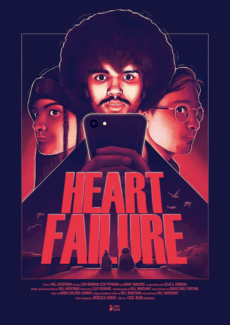