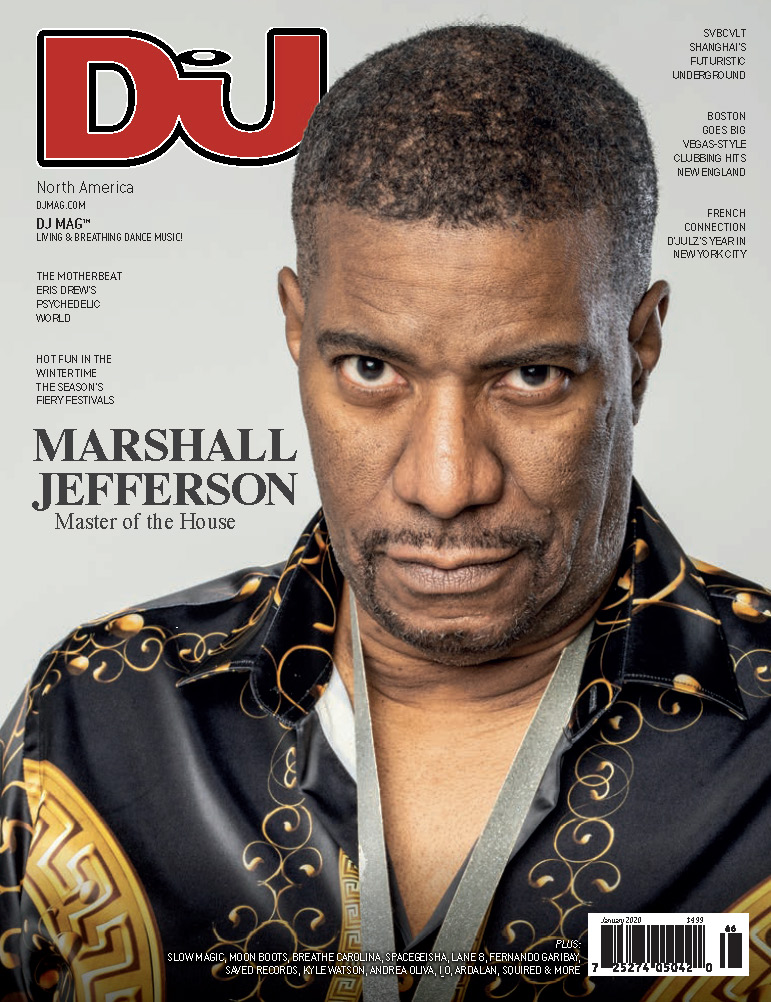 The dawn of a new year is a good chance to both reflect on the past and look toward the future — and it’s a safe bet that dance music’s past and future, not to mention its present, would look very different if it wasn’t for Marshall Jefferson. The Chicago veteran is one of house music’s prime movers, with such indelible, emotion-drenched tunes as Ten City’s ‘Devotion’, CeCe Rogers’ ‘Someday’, and house music’s clarion call, ‘Move Your Body’, filling up his discography. But as he tells DJ Mag, Jefferson isn’t focusing on past glories, instead looking toward the future with a rejuvenated enthusiasm for making new music that we’ll be dancing to in 2019 and beyond.

It’s been an exhilarating 12 months (and many more than that, really) for Eris Drew. She’s a DJ who doesn’t just play the music, she lives the music — within these pages, she talks about her upbringing in the Midwest scene, the aural energy that she calls the Motherbeat, and living an authentic life. You’ll read about the mysterious and mystical artist known as Slow Magic, wintertime music festivals, what’s happening in Boston, Shanghai’s experimentally-minded SVBKVLT label, Parisian doyen D’Julz’s formative year in New York City, and much more.

Finally, 2019 brings a new beginning to DJ Mag North America — a newly installed editor. That would be me, Bruce Tantum, a lifelong clubber based in New York City, taking over from the most excellent Declan McGlynn. I can’t express how much I’m looking forward to sharing my enthusiasm for this music, and this world, that we all love.