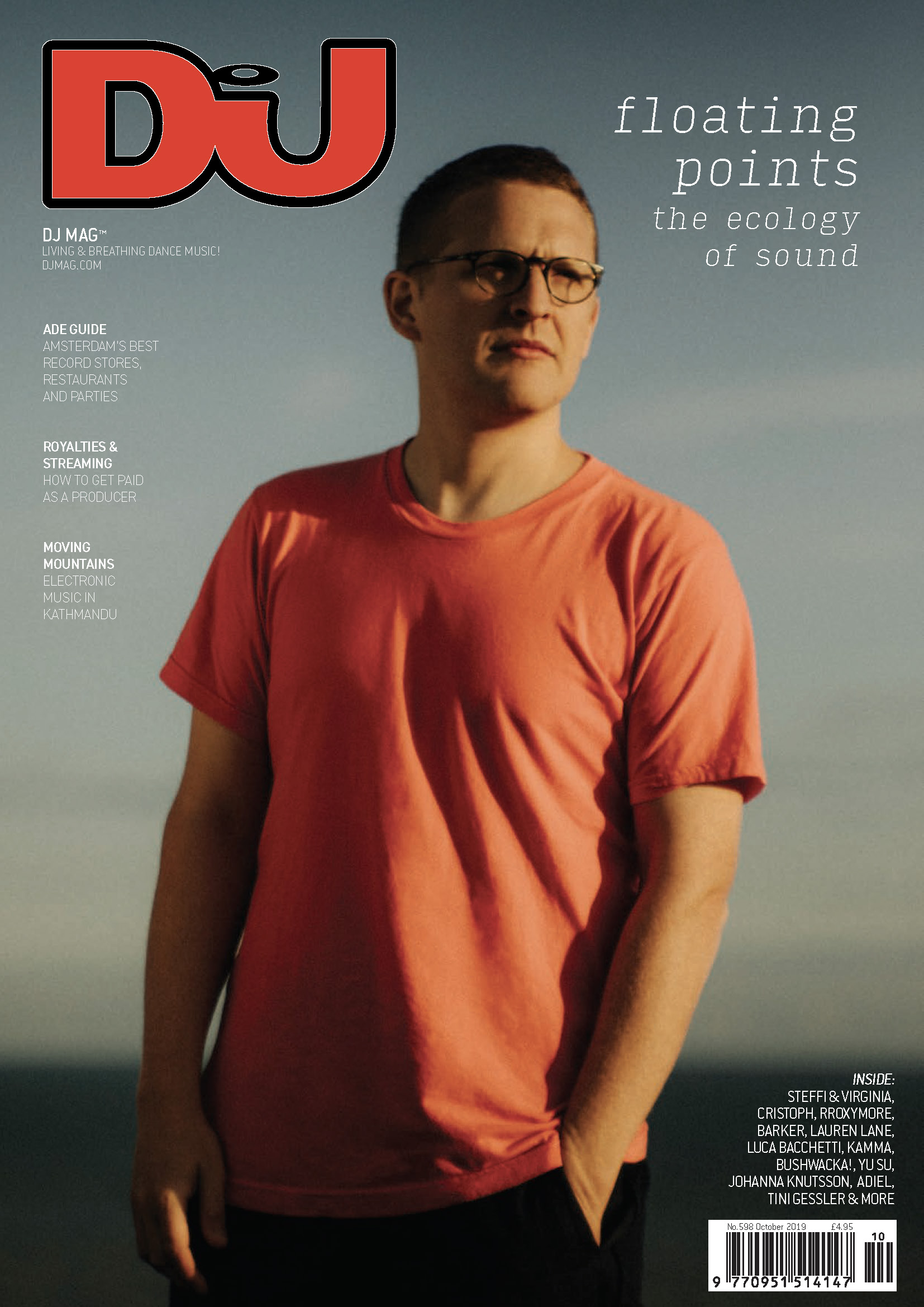 It’s October, which means it’s ADE month — hooray! This bonanza of networking, panels, meetings and parties has become a crucial part of our scene’s calendar in recent years, and we pinpoint some of the best panels, club-nights, places to eat and record shops to visit in our ADE section starting on page 37. With his superb ‘Crush’ album dropping this month on Ninja, the magnificent Floating Points is our cover star this issue, and he’ll also be doing a very special live stream for us on the Thursday of ADE. (See page 13 for details about how to sign up for the guestlist). ADE also sees our Top 100 DJs Awards on the Saturday at the huge Johan Cruijff Arena in Amsterdam — who will you have voted No.1 this year? Elsewhere this issue we investigate royalties paid to electronic dance music producers by the PRS and other collecting societies, and how our scene has also been left behind when it comes to earning money from streaming (p50 onwards). We catch up with French DJ/producer rRoxymore on the eve of her debut album release (p61), and spend time at home in Newcastle with hot UK producer Cristoph (p74). It’s another jam-packed bumper issue full of reviews, news, interviews and tech updates, and I hope it helps keep you suitably informed about much of the goings-on in the international scene we all know and love.CARL LOBENEditor