Miami is now in full swing, with Collins Avenue bustling with party people enjoying the pool parties and gearing up for Ultra this weekend.

But the DJs don’t seem to be fairing so well. Yesterday Avicii cancelled his show at the SLS (his official, branded hotel for Miami Music Week) amidst reports that he had been rushed to hospital.

After recent productions such as "51sick" on The Disco Fries' imprint Liftoff Recordings alongside Burban Gold, Aire Atlantica worked with Fight Clvb on 'Shout That', a collaborative release on Afrojack's WALL Recordings (a subsidiary of Spinnin'), which peaked at #11 on Beatport's Top 100 Overall Electro House Tracks.

Multi-platinum selling producer, DJ to tens of thousands every week and EDM figurehead: Afrojack is undeniably one of global dance music’s biggest names. In a refreshingly frank interview, the Dutchman cuts through the crap and criticisms and discusses the EDM boom, the concept of selling out and gives us an insight into his upcoming album...

Following last year’s “We all hit play” run-in over EDM live sets, Deadmau5 and Afrojack had another very public difference of opinion this summer.

Deadmau5 sparked the spat by criticising Afrojack’s assertion that good music will always succeed, saying on Facebook, “What do you mean good? Good as in sounds like every fuckin’ other EDM track out there good?”

That move no doubt gives the Dutch dance legend more creative freedom and control to do what he wants when he wants. As such, he has put out music from Slay, Chico Rose and Buzz Low, who has risen to prominence since winning the label’s first global remix competition last year. The second edition has just ended as we go to press and may well unearth the next Afrojack.

The boss himself, who recently turned 32 and still spends much of his time traversing the planet on his own private jet, also put out new music this year. A collaboration with DubVision called ‘Back To Life’ is an unashamedly pop-leaning and stadium-pleasing house track, with sing-song chorus and maximal synths. Meanwhile, his ‘Bass Is Kicking’ track also landed as part of the second instalment of his ‘Press Play’ EP series which started last year, and it’s a colourful tune with rave synths that got road-tested at Tomorrowland and electrified the crowd.

Amongst gigs everywhere from China and Japan to India and all across the United States, one of the other live standouts of his year was his performance at Ultra 2019, which was a visually explosive affair with plumes of fire going off while he dropped all manner of house, prog and electro, Cardi B edits, old school ’90s mash-ups and plenty more popping tunes in between.

The best place to catch his latest sounds is on his Jack Radio show, on which he explores an even wider range of sounds than in the DJ booth. Whatever he is doing after all these years, Afrojack continues to connect with fans, who have kept him in the Top 20 of our poll since 2010, and the top 10 since 2016.

David Guetta has locked in Afrojack, Oliver Heldens, Don Diablo and a host more, for his Ushuaïa Ibiza residency this summer. 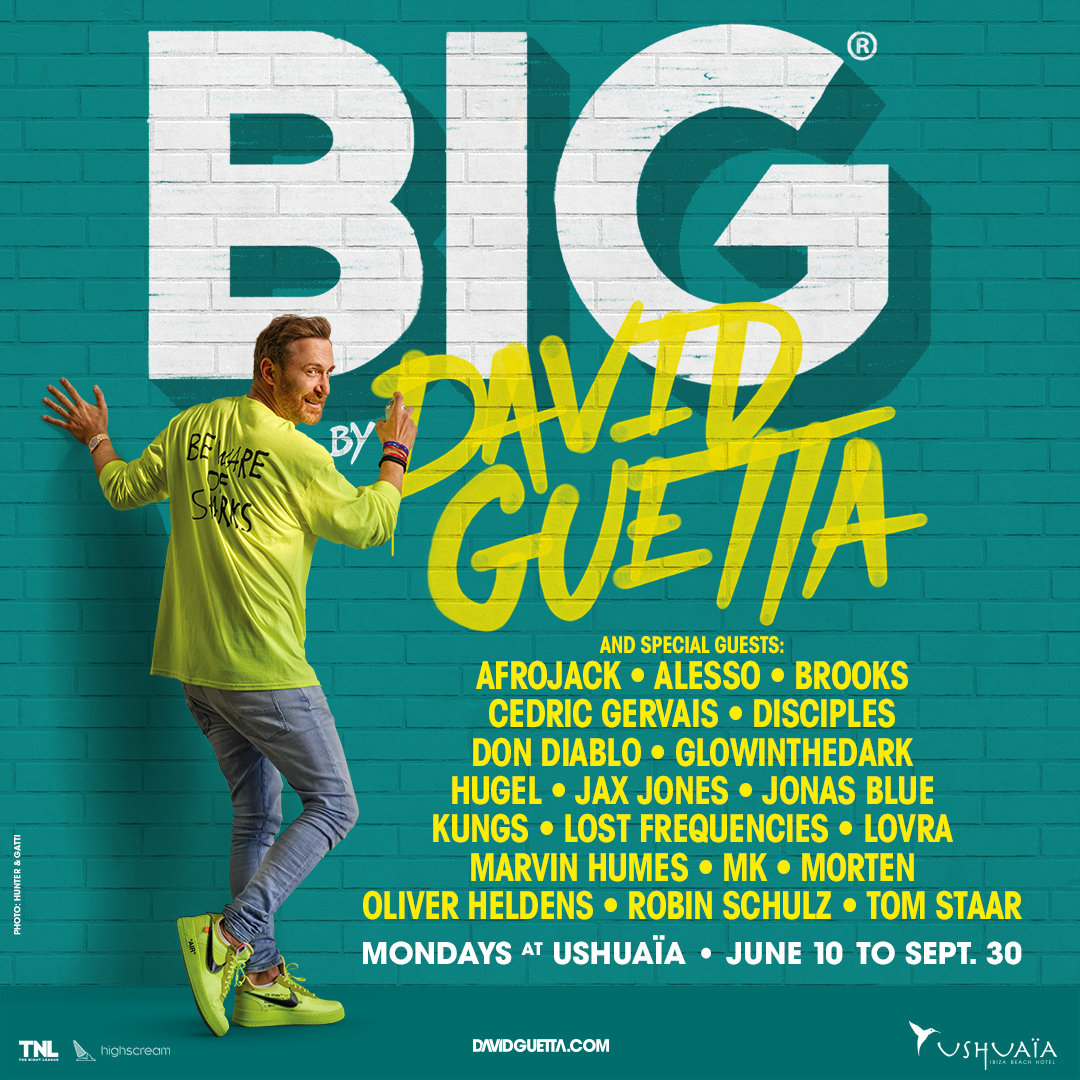 Away from making and playing music for himself, Afrojack is as busy as anyone. This year he launched Global Remix Battle I, a competition that invites producers from around the world to submit their remixes for the chance to win big: the prize includes an artist development contract with Afrojack’s Wall Recordings, having a release on the label and a pair of high-end monitors. They are testament to the Dutchman’s desire to help bring through the next generation, having broken through at such a young age himself.

Afrojack started DJing aged just 14, and by his early twenties he’d had worldwide hits and soon entered our Top 100 poll, climbing ever higher since. Essential Mixes, features on Pitbull’s No.1 hit single ‘Give Me Everything’ and contributions to Beyonce’s ‘Run The World (Girls)’ all followed. By 2013 he was one of the highest-earning DJs in the world and became an in-demand producer with David Guetta and even Madonna.

This year he has put out his ‘Press Play’ EP as well as ‘One More Day’, a new collaboration with Wall Recordings’ newest members Jewelz & Sparks. It has a big halftime drop, which proved quite the innovation and always gets huge reactions. “I don’t really care to achieve mainstream success,” he has said of the track. “I just care that it makes people go like, ‘Oh shit, that’s so cool, I never thought of that!’”

In terms of gigs, he did a huge North American tour after focusing on Europe and Asia before that. He has said that he feels like it’s very much time for America to go back to more pure dance music. “When the EDM movement started back in 2010 and 2011, everything was purely about dance and then over the last couple of years it got very like, ‘Oh, let’s make a dance-pop song’. I was guilty of that too, of course, with a couple of songs like ‘Give Me Everything’, which is fun, but people are down with EDM and they’re jumping on the hip-hop bandwagon now. So we can have our own parties and they can go to hip-hop shows and do whatever they want. I’m actually kind of happy with that situation.”

With Afrojack still at the sharp end and dictating trends, anything is possible.