12 emerging artists you need to hear this July | DJMag.com Skip to main content

The latest and greatest DJs and producers rising to the top this month. From searing electro, acid and breaks to hype UK funky fusions and grime, here's July 2019's list of upcoming talent you should be keeping track of... 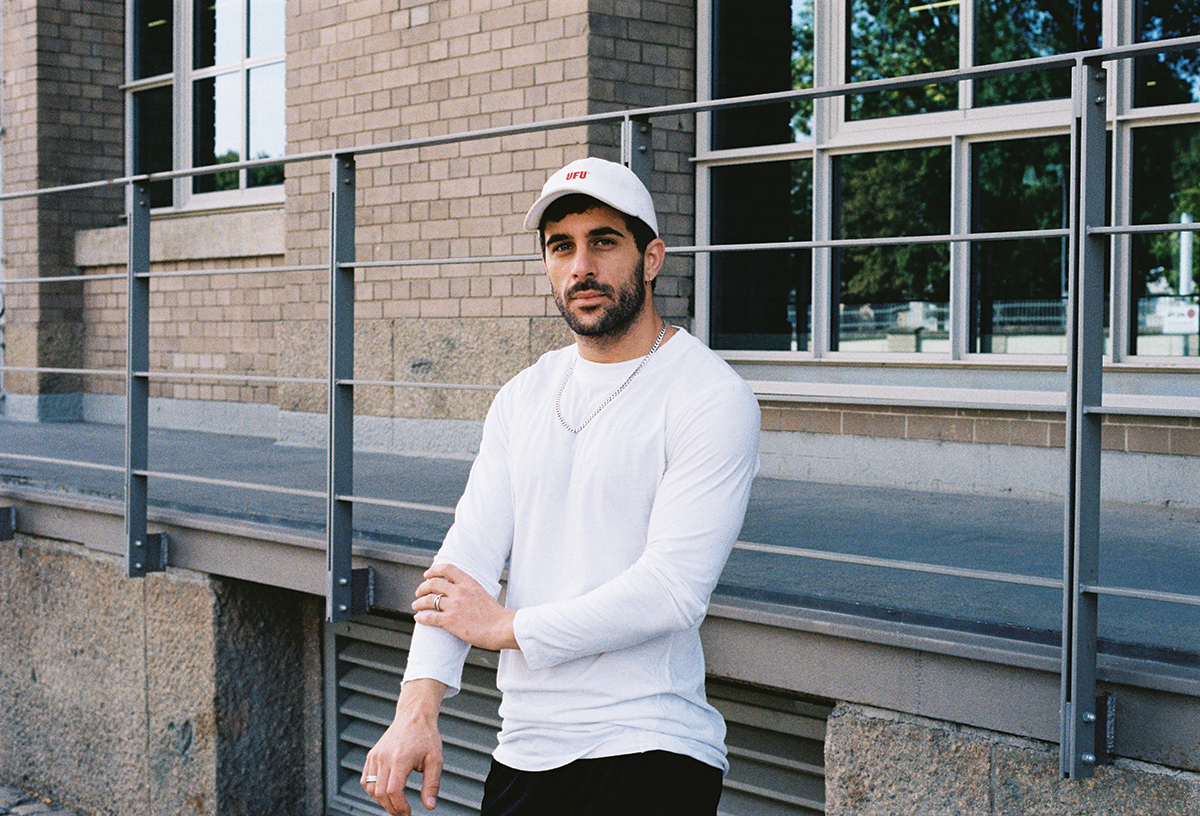 Berlin-based Aussie Tred might be a new name, but he’s rapidly gaining a reputation for laser-guided electro killers. Debuting last year on P.Leone’s E-Missions label with ‘Intrinsic Field’, which featured the highly atmospheric, twinkling ‘No Future No Past’, so far in 2019 he’s released the ‘Planet Perth’ EP on Doe Dee Records, and another EP for E-Missions, ‘Fragments Into Nothing’, featuring a remix from Copenhagen’s excellent Solid Blake.

Making his name with the DIY Polyrhythmic club events in his hometown of Perth, since moving to Berlin, Tred has played regular slots at Tresor, while his DJ skills have been in evidence everywhere from the well-regarded Melbourne Deepcast to NTS Radio. More stylistically diverse than his own productions, Tred’s DJ sets feature breakbeat and techno alongside the electro he’s become known for. This more expansive style will no doubt become a feature of his future releases. 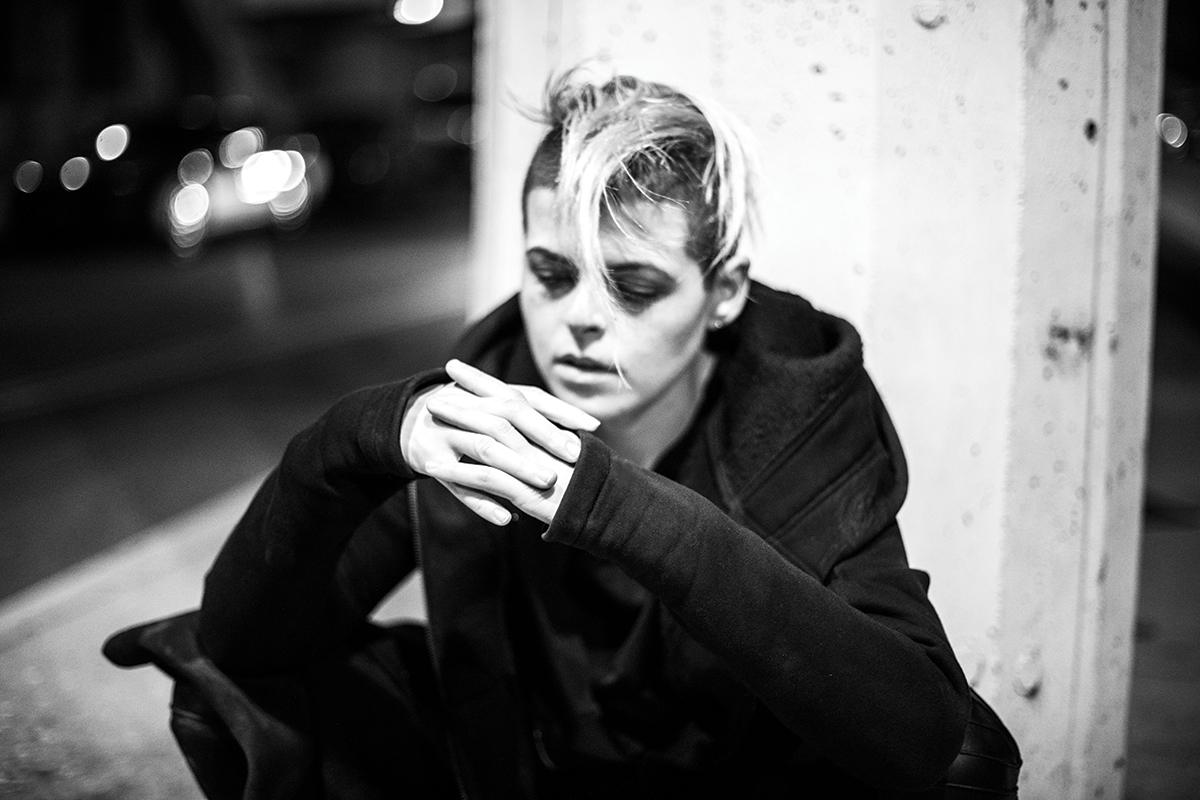 American DJ, producer and label boss Biyeun Buczyk is obsessed with acid. The squidgy funk of the Roland TB-303 bass synth appears in most of her sets and productions, and little wonder, as she’s the A&R and manager for DJ Pierre’s Afro Acid, Jack Trax and Afro Deep imprints.

The influence of the Chicago pioneer is writ large in Beyun’s approach to dance music, though her acid can take many forms, from driving, tough techno to slower-paced sulphuric beats, such as on the writhing 303 hypnosis of her track ‘Nite Trippin’. In her DJ sets, Beyun is similarly expressive, moving between electro, EBM and faster grooves, all with a distinct underground aesthetic. Born in the Philippines and based in Atlanta, Beyun grew up listening to the industrial music of Nine Inch Nails and KMFDM, before discovering techno. She started the party VAULT in Boston with Bob Diesel, and when DJ Pierre played there, he was so impressed, he got Beyun in to run his labels. With plenty of new productions upcoming and gigs across the US and Europe planned, her acidic vision is clearly in demand. 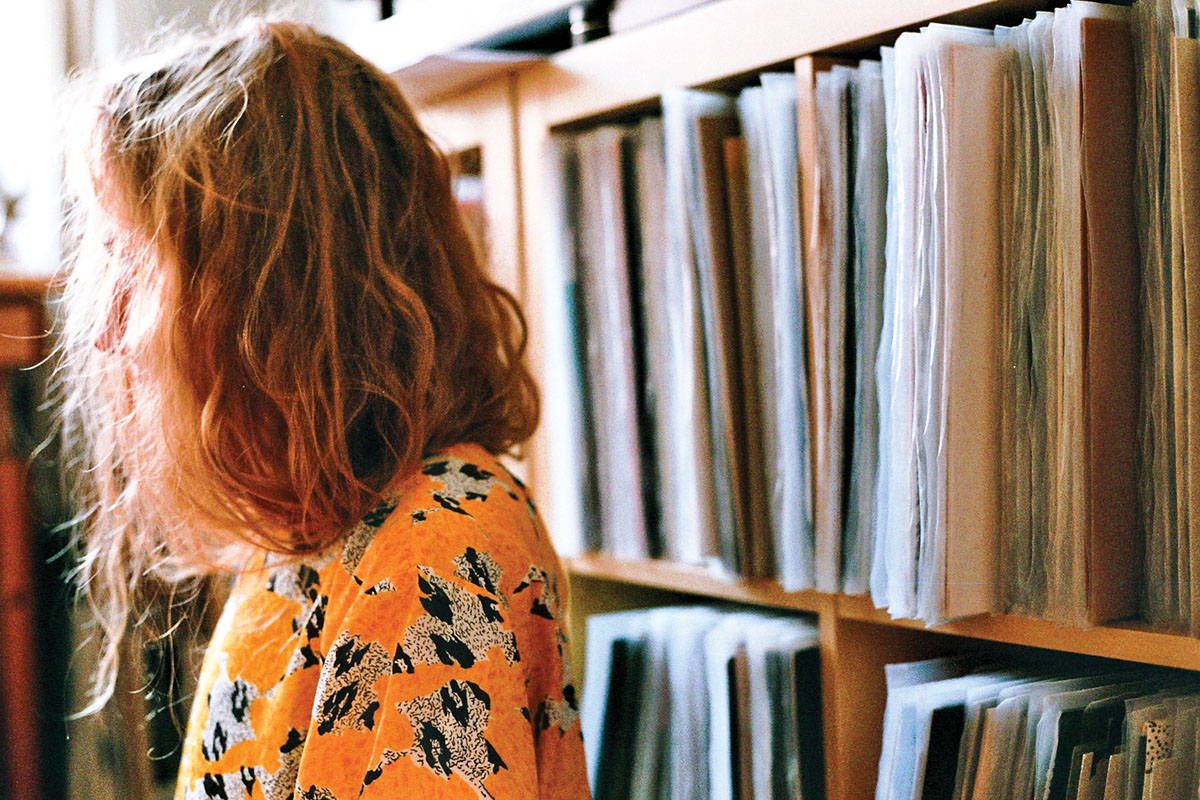 The sound of Gigsta has long been reverberating outside the walls of Berlin, the city she’s called home for the past five years. Born in Belgium and raised in France, Gigsta has been obsessed with dance music for over a decade, often frequenting clubs and festivals alone to immerse herself in music. This fascination led to a radio show on Cashmere, exploring the outer reaches of her favourite genres, and a PhD on what she calls ‘techno criticism’.

“I was and still am obsessed with the idea of understanding what this music does to us on the dancefloor,” she says. “I want to understand it with my feet or with words or with my hands. I guess that’s sort of what has led me to DJing... to become more intimate with the sounds, the skills, the feeling. Maybe it’s just another way to learn about humans.”

Her sets play with vivid ideas; slowing tempos, layering samples, blending genres, and plenty of dancefloor moments. This July she’ll play alongside Mala, Ben UFO and Batu in Berlin, plus debut in Copenhagen in August with Room 4 Resistance, the queer collective she’s a resident for. Although rarely showing her face, you’ll be hearing plenty more of Gigsta in time to come. 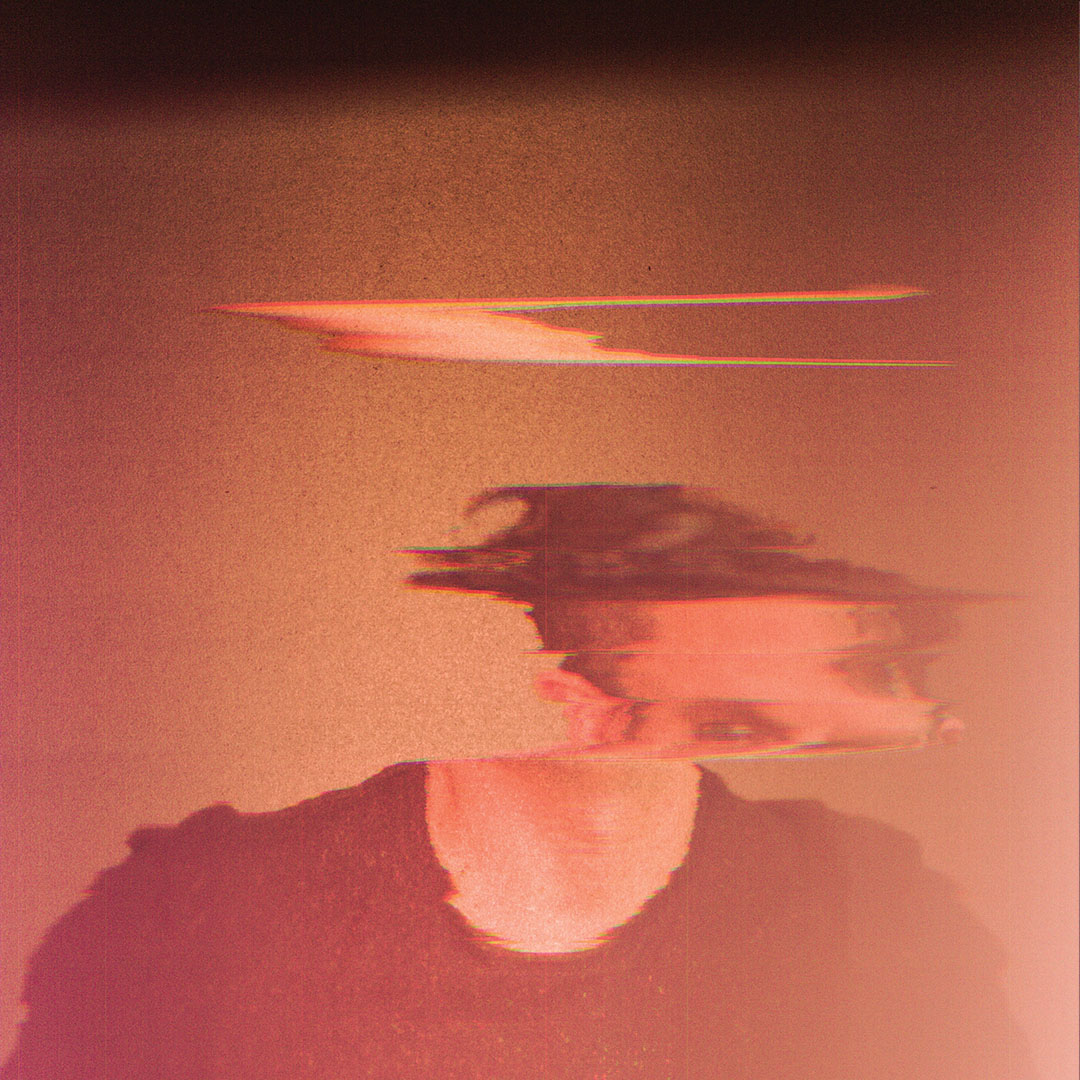 Growing up trading hip-hop tapes has left a lasting mark on the music that UK artist Neil Andrews, aka Dolenz, makes. He is now very much in the experimental halftime realm, with anything from stark d&b to grime featuring in his work, but it often comes with blurry edges and coated in a warm glow of tape hiss. The Balamii Radio regular and adventurous, unpredictable DJ impressed dBridge so much that in May the Exit boss put out Dolenz’s debut album, ‘Lingua Franca’.

A conceptual affair that soundtracks life on a sister planet to earth, it’s a sparse dystopian world but with hints of humanity in the vocals. They range from soulful wordless coos to angsty raps and golden era delivery from Detroit legend Guilty Simpson. Icy and futuristic but with the same sense of authenticity that defines his favourite hip-hop, it’s an instant modern classic. 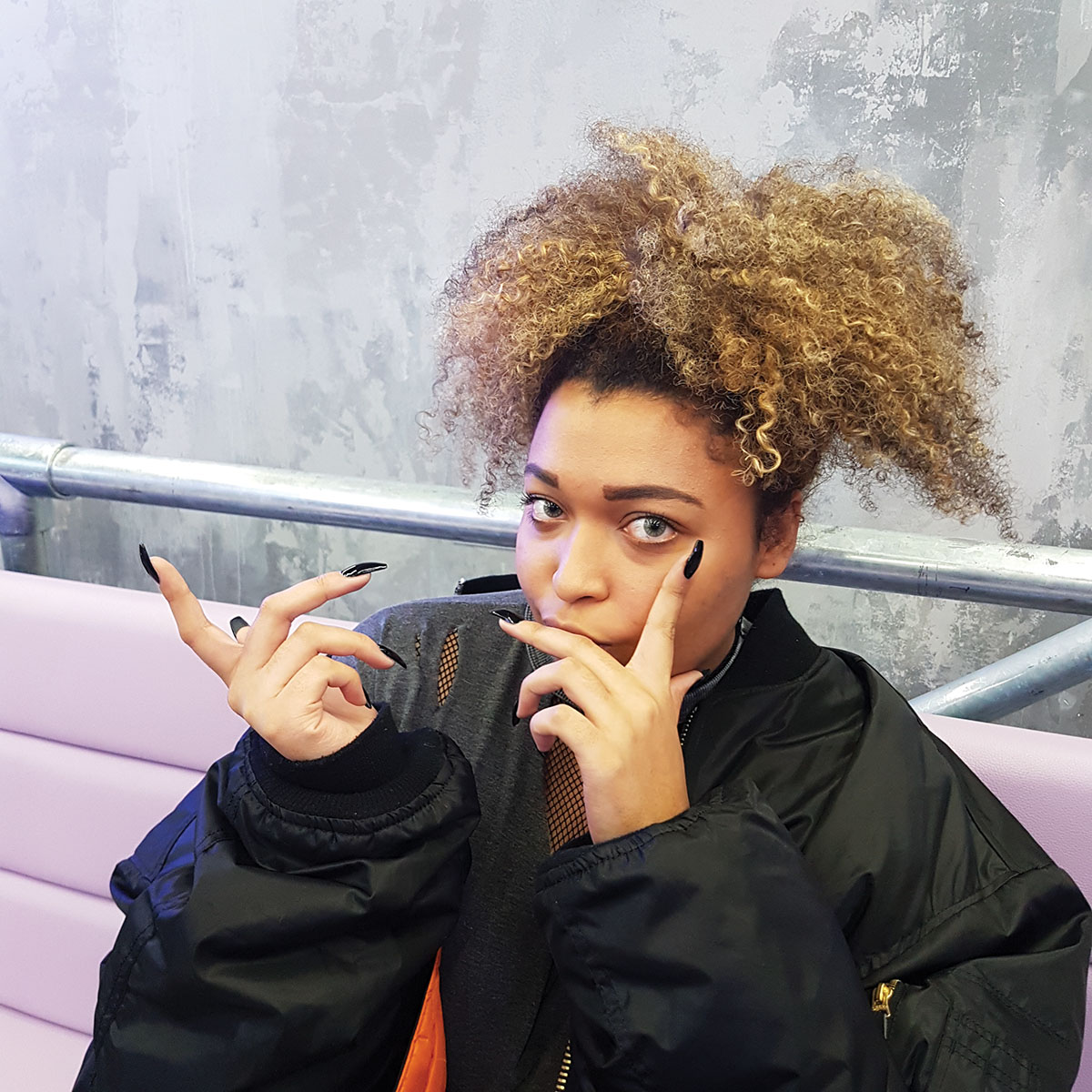 Self-titled “blend queen and remix princess”, Londoner Yazzus is part of the 6 Figure Gang along with former Bubblers alumnae Fauzia and Sherelle — plus Dobby, L U C Y and Jossy Mitsu. The vital crew are tearing up ever more dancefloors with their blistering high-energy sets of 160bpm bangers that rewire grime, face-melting rave and footwork into utterly destructive club music. They have a raw and youthful energy that is refreshing, infectious and bringing back a real sense of fun to clubland.

You can hear Yazzus spinning fire on her monthly Foundation FM show, and following a self-released package of jungle and footwork remixes of Deep Medi classics, plus a handful of other stormers you can pick up via her bandcamp, has also been in the studio working on a debut solo EP that she will self-release soon. You can expect mangled samples and bouncy beats accompanied by a remix pack “featuring the best club producers”. We’re sold.

For Fans Of: Sherelle, Fauzia, Anz 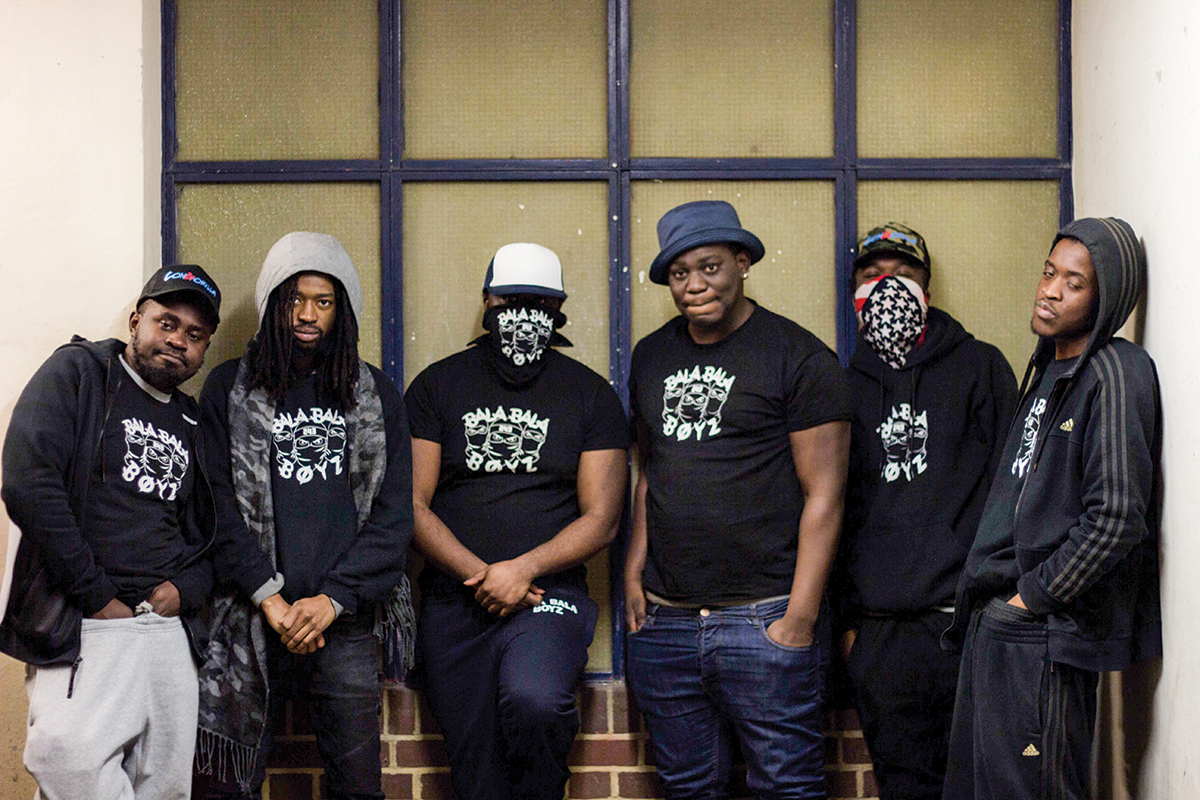 It’s groups like Bala Bala Boyz that help make London the most exciting musical city in the world. Made up of rappers of Congolese descent who live all round the capital, they came together at Bollo Brook Youth Centre in Acton and spit in a mix of English and Lingala that they call ‘Linglish’. Their latest EP was produced by Reuben G, who they met at the same youth centre, and it bristles with crisp MCing and scattered percussion that cannot fail to make you move.

Deciphering the lyrics is all part of the fun of these grime, Afro bashment and UK funky fusionists. Despite their rich array of influences and proudly displayed African heritage, there is something distinctly London about the beats; something warm and dusty that recalls the hustle of the streets and brazen energy of the youth who inhabit them. 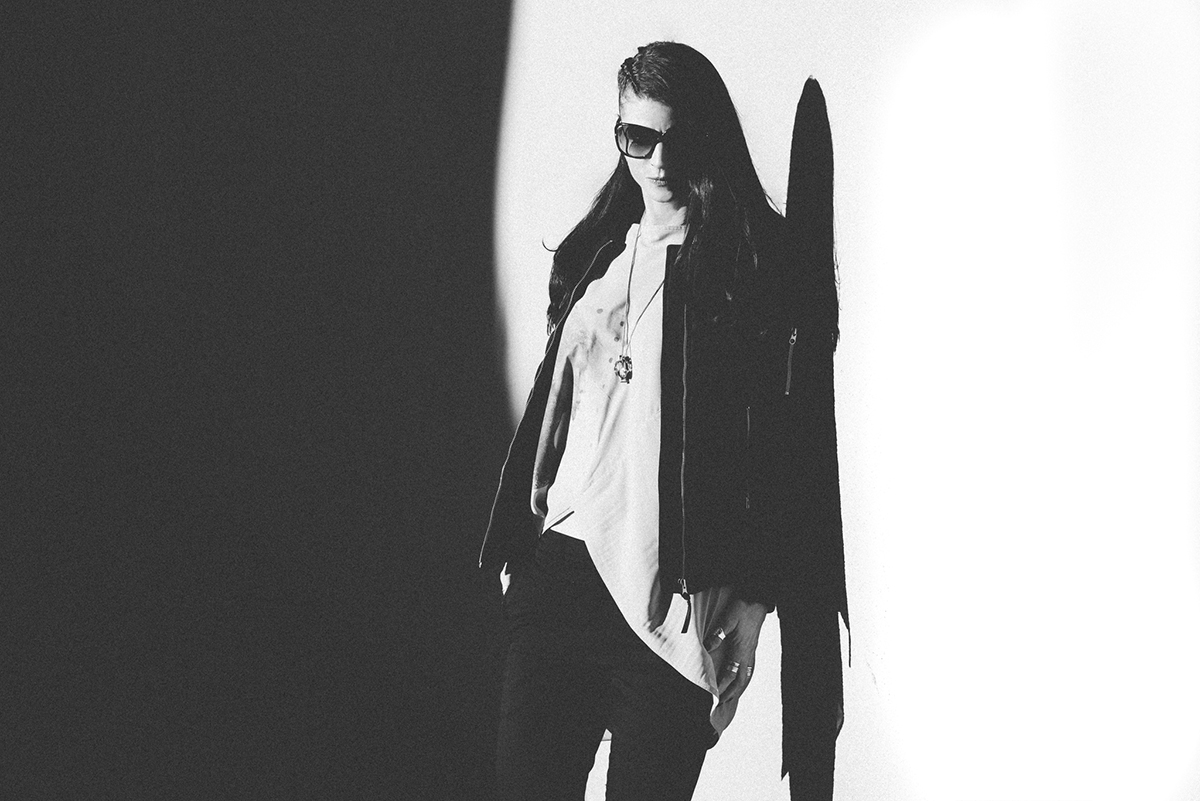 Toronto-based Jenner is known for her eclectic, impeccable taste in moody, melodic deep house and techno, with ethereal sensibilities and sexy vocals. Nicknamed the Dark Princess, Jenner was captivated by techno in Berlin in the early noughties. She started DJing in 2008, and producing in 2018. Jenner debuts her first two releases this summer — both collaborative tracks with Toronto producer, DJ Nada. Her solo work, still being honed in the studio, includes a foray into downtempo. Jenner continues to rise on the decks, snapping up festival and club gigs at home in Canada and abroad in Tulum, Jamaica, Barbados and with the Mayan Warrior at Burning Man.

For Fans Of: Mira, Elfenberg, Audiofly 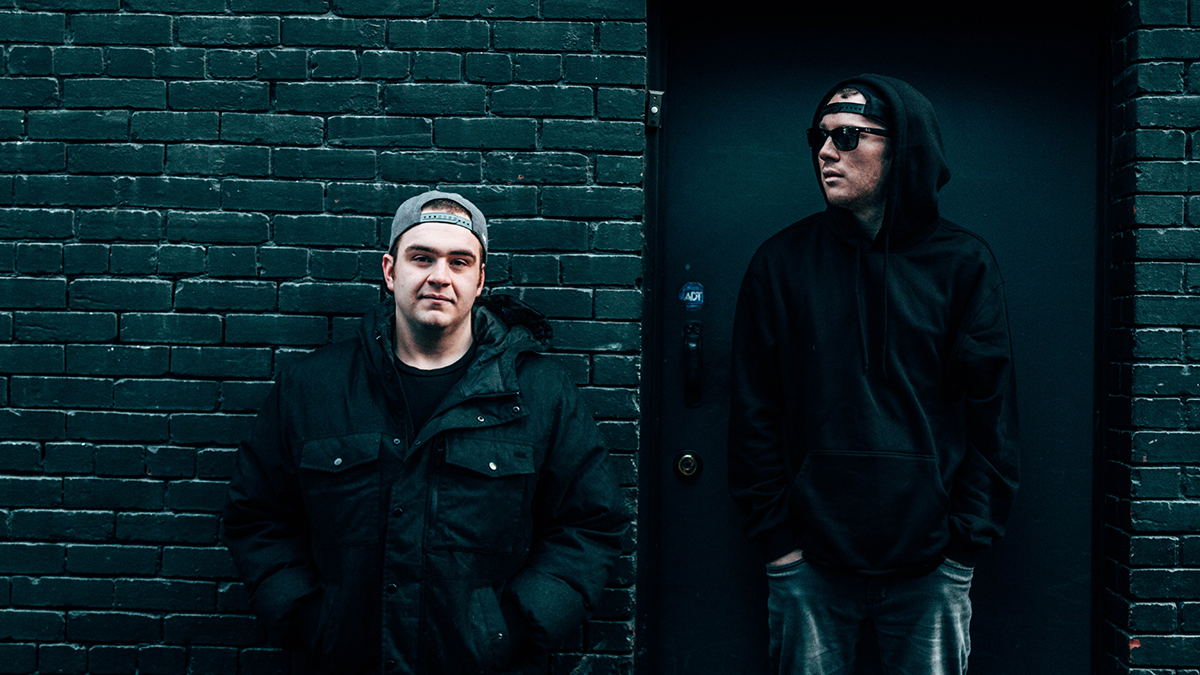 Though fans of a vast variety of electronic music themselves, Canadian duo Cloverdale Music find common ground over their love for house music. The two mesh forces to generate thumping basslines with a groovy vigour, showcased through a selection of remixes, reworks and their own original productions. The release of their debut track ‘Eat That’ has induced a frenzy of nonstop dancefloor domination, captivating listeners on stages across the country. Cloverdale’s continued work has seen support by artists such as Dr. Fresch and Golf Clap, introducing their trademark sound to a global audience. Recently, the delivery of their Shiba San and Phlegmatic Dogs remixes dish up more tech- house hits, just in time for the summer season. 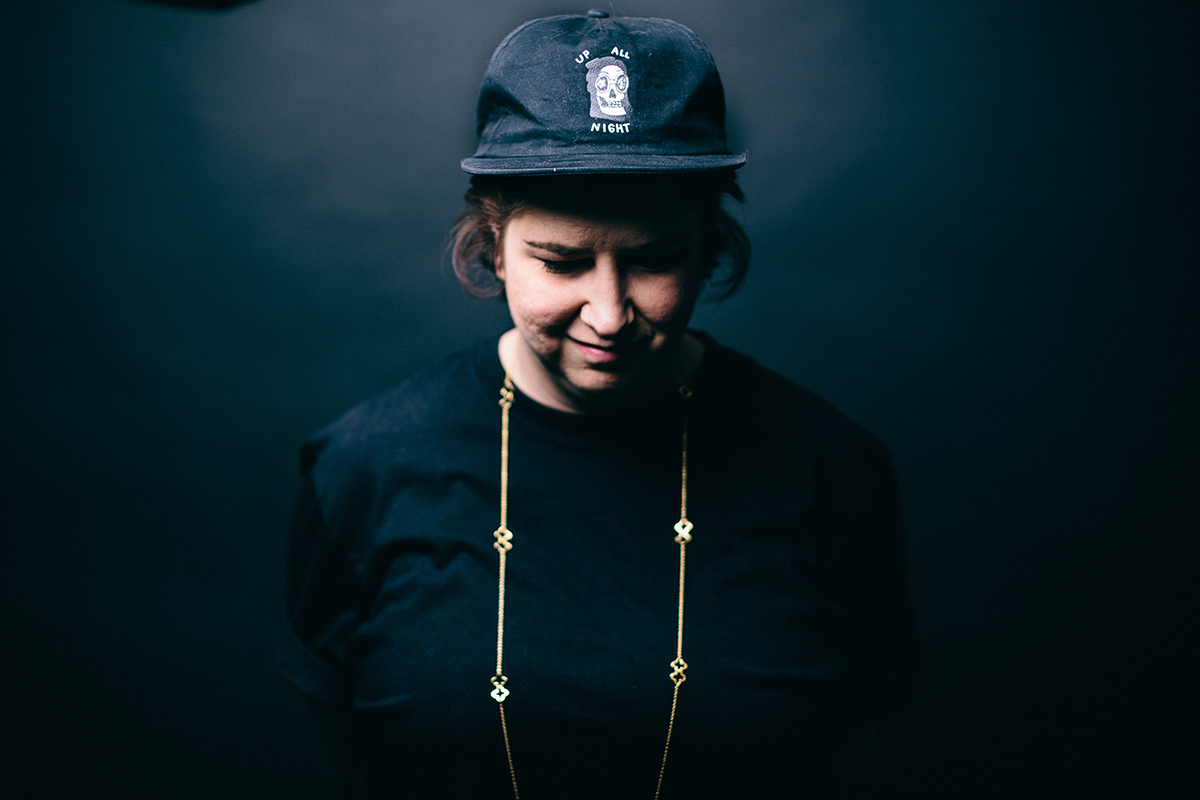 Dubbed “Calgary’s First Lady Of Breaks,” Molly Fi — aka Krista Thibodeau — founded the influential Girls On Decks DJ Collective in Alberta, Canada in 2003 to give herself and numerous female/non-binary DJs, FeMCs, rappers, B-girls, vocalists and even burlesque dancers their start in the competitive male-dominated music scene.

She has shared the stage with many talented music makers, including A Tribe Called Red, Ursula 1000, Bassnectar, Neon Steve, Humans and Myagi. In 2018 and 2019, Molly Fi was nominated for Calgary’s Best DJ. Seen as a community icon and social motivator, Molly Fi maintains her reign in the broken beat arena. Catch her on various stages and at various clubs, including Shambhala Festival 2019.

For Fans Of: Lady Waks, Smalltown DJs, The Funk Hunters 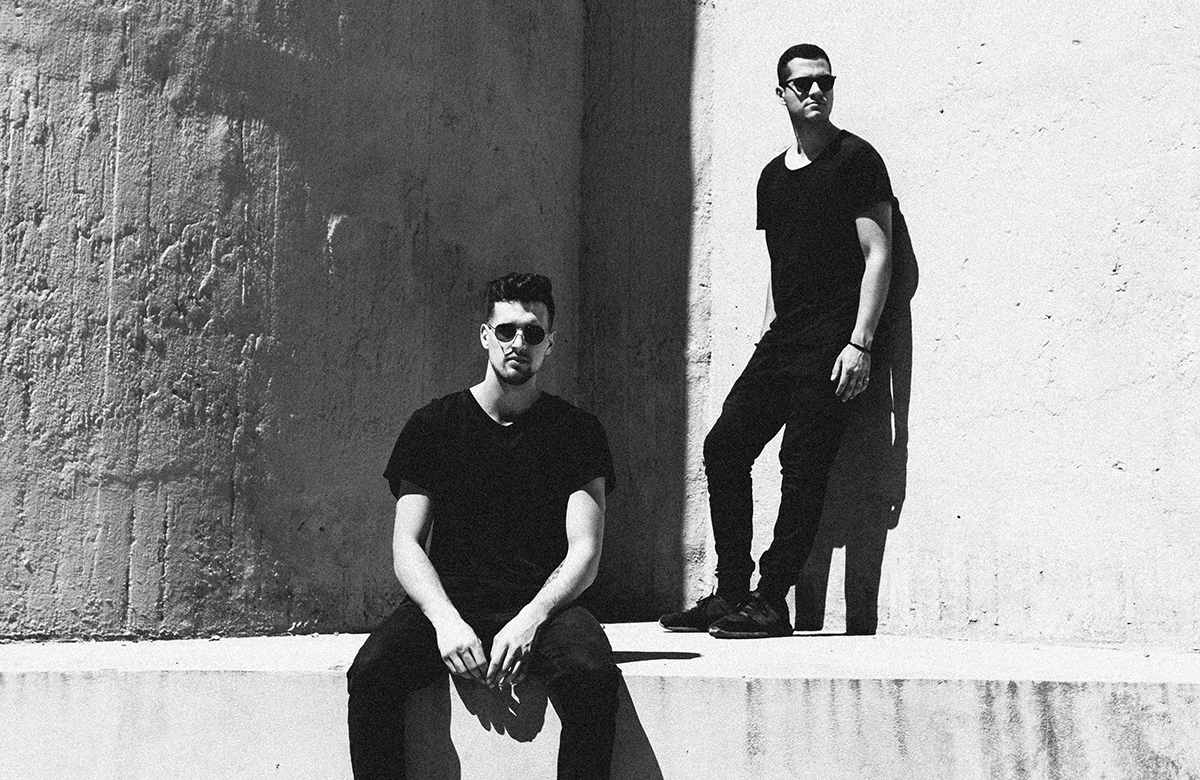 The same deep, transcendent melodies that made Hicky & Kalo crowd favorites in Montréal, have also left a lasting impression on the city’s progressive and deep house scenes. As founders of the record label, Plaisirs Sonores, the duo has already signed Kris Davis and Rauschhaus, among other esteemed artists. Recently, Hicky & Kalo’s original track, ‘Astre’, was remixed by the ethereal techno god himself, Soul Button.

Though Hicky & Kalo command the Québec club circuit, it was this collaboration that blasted them off to the transnational realm, with an acclaimed premiere at SXM Festival. The prolific pair will continue to build their public profile this month, when names like Hernan Cattaneo and Graziano Raffa join the roster of exciting artists to release new tunes for their Plaisirs Sonores imprint. Stay tuned. 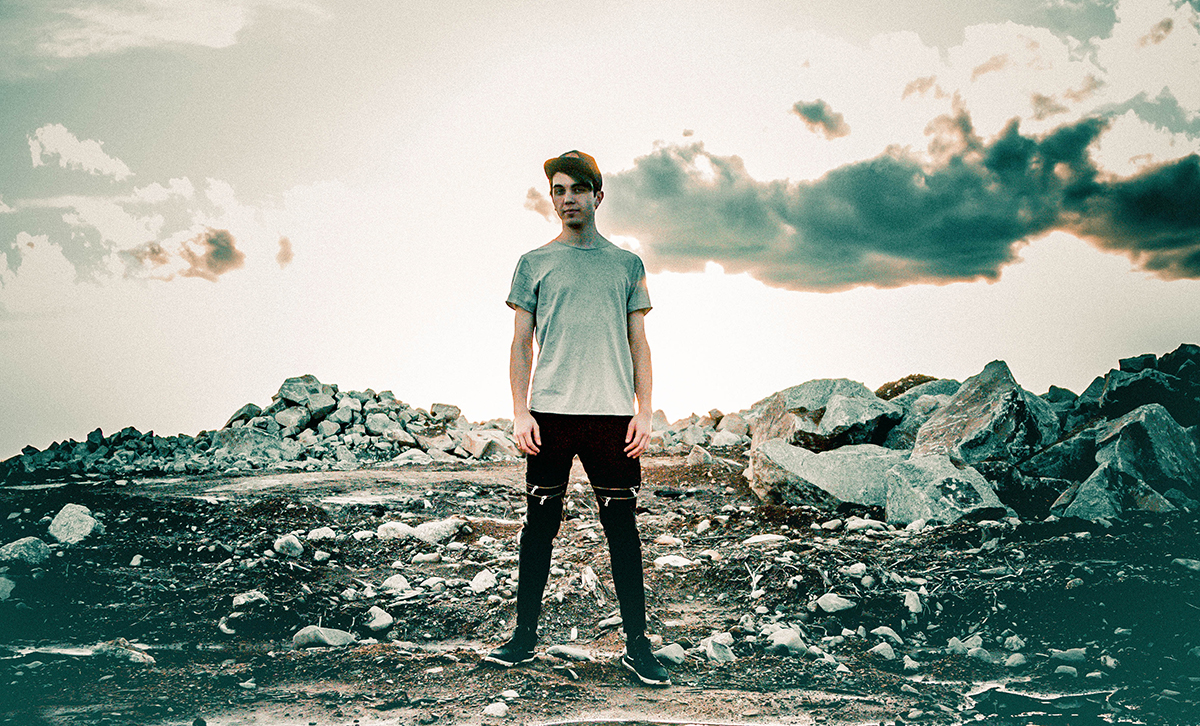 Canada’s East Coast is a trove of musical treasures, priding itself as a home to rising talent like CRaymak. Named Christien Raymakers, the bass producer resides within the budding cityscape of Halifax, but he has been quick to share his music on an international scale. His diverse discography ranges through the realms of thrashing dubstep scores to bubbly, vocal soundtracks.

In his youth, CRay developed a strong knowledge of classical and jazz theory. Eventually he’d be introduced to legendary electronic and rock artists such as Pink Floyd and Skrillex, whom he pins as influences. Signed to Flux Pavilion’s Circus Records, CRaymak finds himself touring large scale festival line-ups, as well as local club shows around the province. 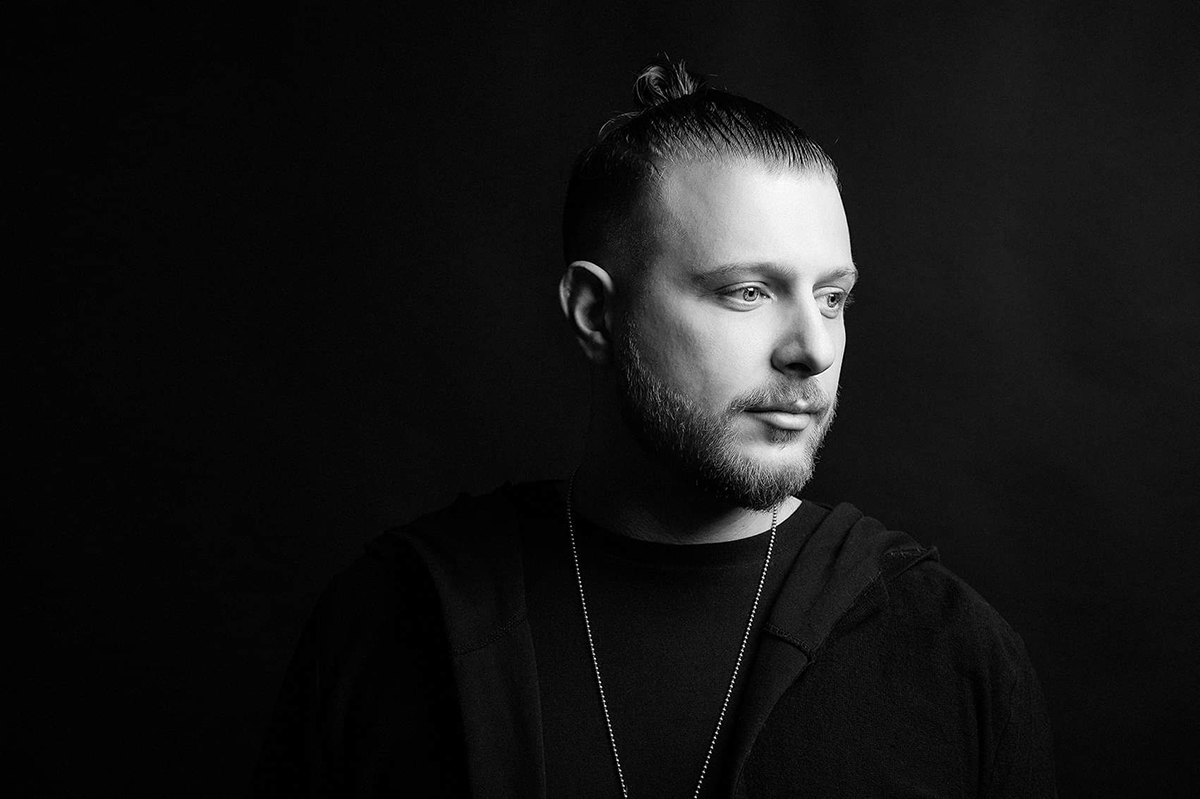 This metalhead ditched his high school band, Bleeding Halo, to follow his thirst for all things techno. Today, Atroxx’s record label, Starskream, subsists as a tribute to the metal collective Slipknot. Atroxx has been known to say, “I want metal in my techno,” and his mantra is embodied in the way he transmits his sound to Berlin’s eloquent techno palate.

Though his moniker is Latin for ‘fierce’ or ‘savage,’ Atroxx is stalwart in his compassionate commitment to deliver music as therapy. This belief is manifested in relief-inducing tracks such as ‘Black Rune’, a collaboration out on Suara Records, and ‘Roller’, which is steadily climbing Beatport’s Top 100 Techno Chart. Shadowy and authentic, Atroxx’s sound has enabled the young producer to carve a dark techno niche that’s all his own.

Want more? Check out our emerging artists features from May and June...