12 emerging artists you need to hear this June | DJMag.com Skip to main content

The latest and greatest DJs and producers rising to the top this month. From forward-thinking and experimental techno to bracing house and bass, here's June 2019's list of upcoming talent you should be keeping track of... 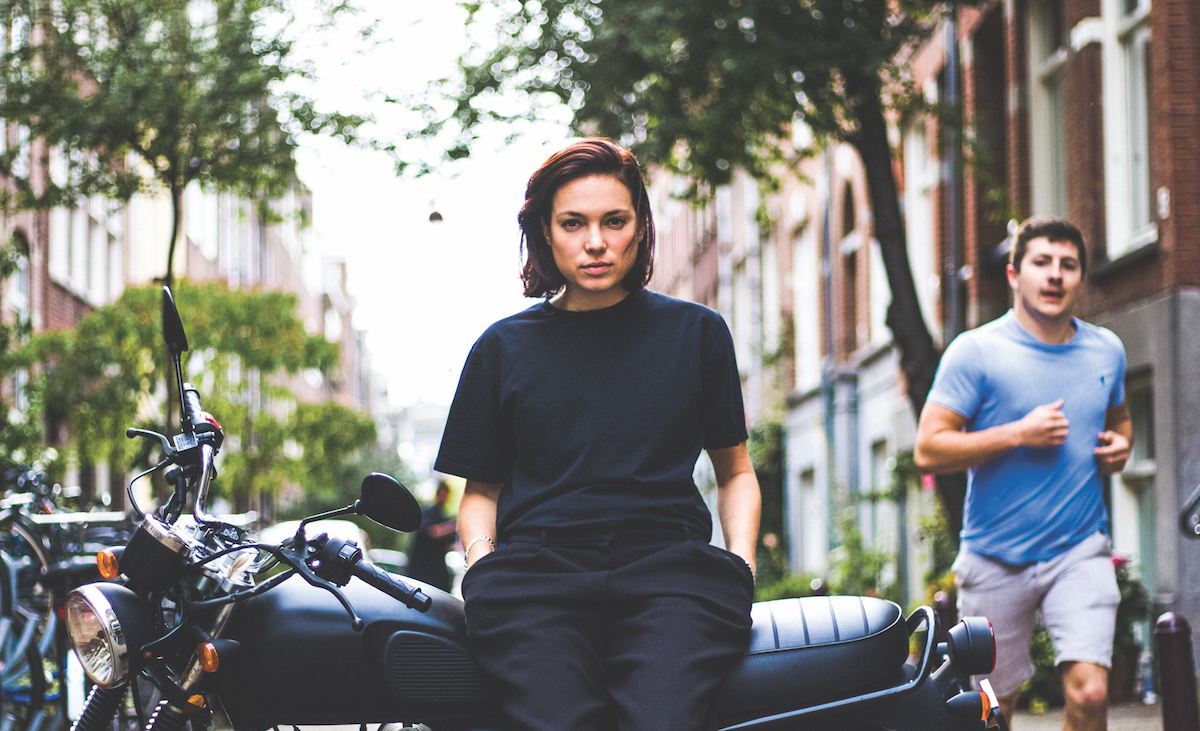 Rave is a full-time occupation for TITIA van Beckum. The Amsterdam DJ has rapidly risen up the ranks thanks to her DJ sets, which encompass everything that’s great and vital about dance music: rapid fire breakbeats, abstract bleeps, sizzling acid and shadowy electro. As well as a recent appearance on Boiler Room, TITIA has torn up venues like her hometown’s De School and Berlin’s famous Tresor, and has a gig schedule that’s getting busier by the day.

When she’s not playing tunes, TITIA is selling them at Rotterdam’s underground dance hub Clone Records, a place whose music policy chimes with her own rave-orientated approach. With plenty of gigs upcoming, including an appearance at the Dekmantel Selectors event in Croatia and at Loveland festival in Amsterdam, there are ample opportunities to experience her high-energy sets in person. Also forthcoming is her podcast series, DualTones, where she’ll invite a different graphic designer each time to provide a visual accompaniment to her mix. 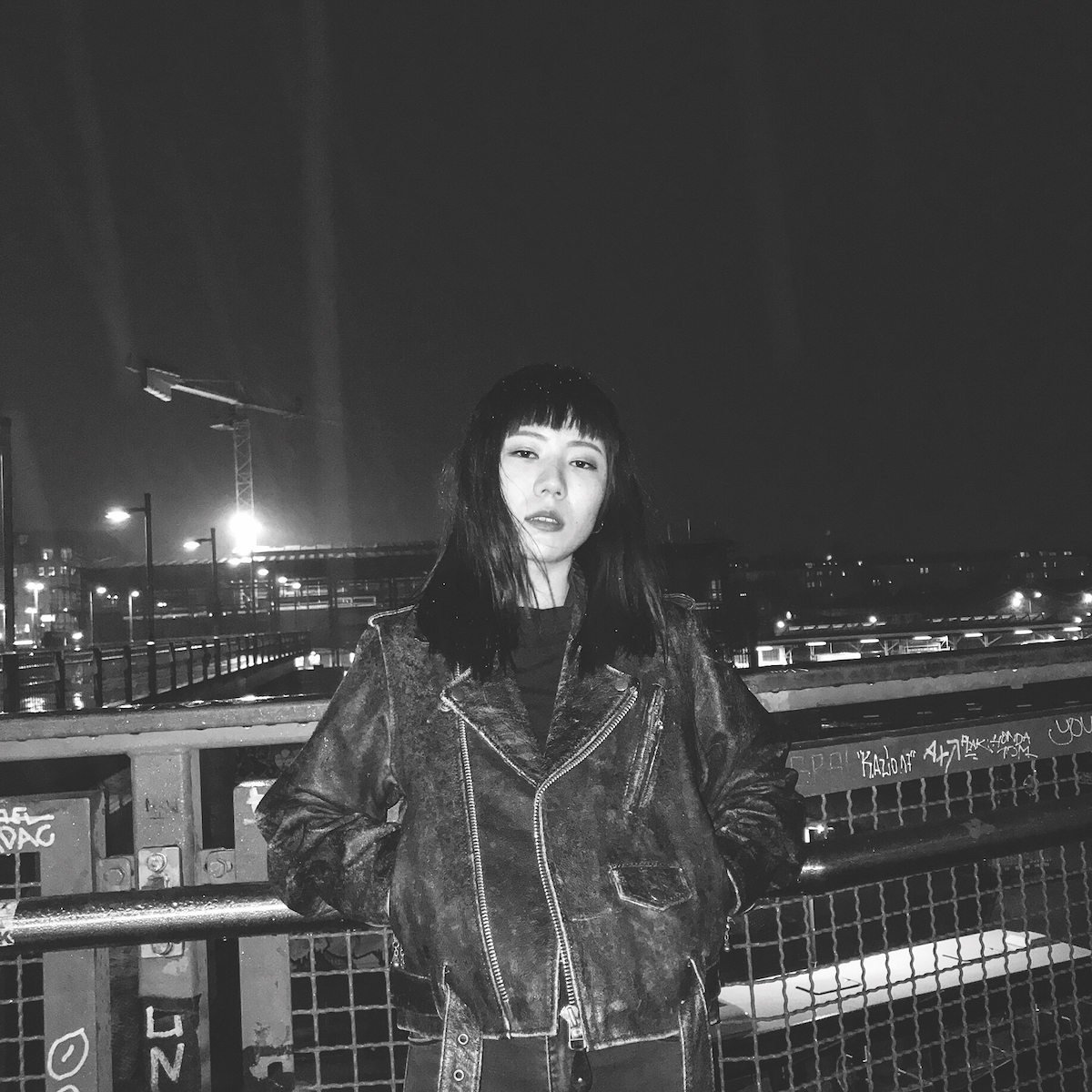 HYPH11E is part of a wave of next-gen Chinese artists making their mark on the global club scene. She is affiliated with the Genome 6.66Mpb collective in her home city of Shanghai and her debut track came out back in 2016 on the crew’s first compilation. She mixes up clunking industrialism with haunting synth work and some seriously weighty bass. Her sound embodies the looming skylines and gritty backstreets of a sprawling metropolis such as her own, and has a cinematic, dystopian air that makes it all the more immersive and thrilling.

Now gaining an ever-wider reputation for her visceral performances, she has played at CTM Festival in Berlin, hosted on NTS radio on gets booked for the most forward-thinking parties across Europe. After formerly splitting her time between music and a day job that finds her composing music for TV, she is now a full time artist, so expect plenty more in the future. 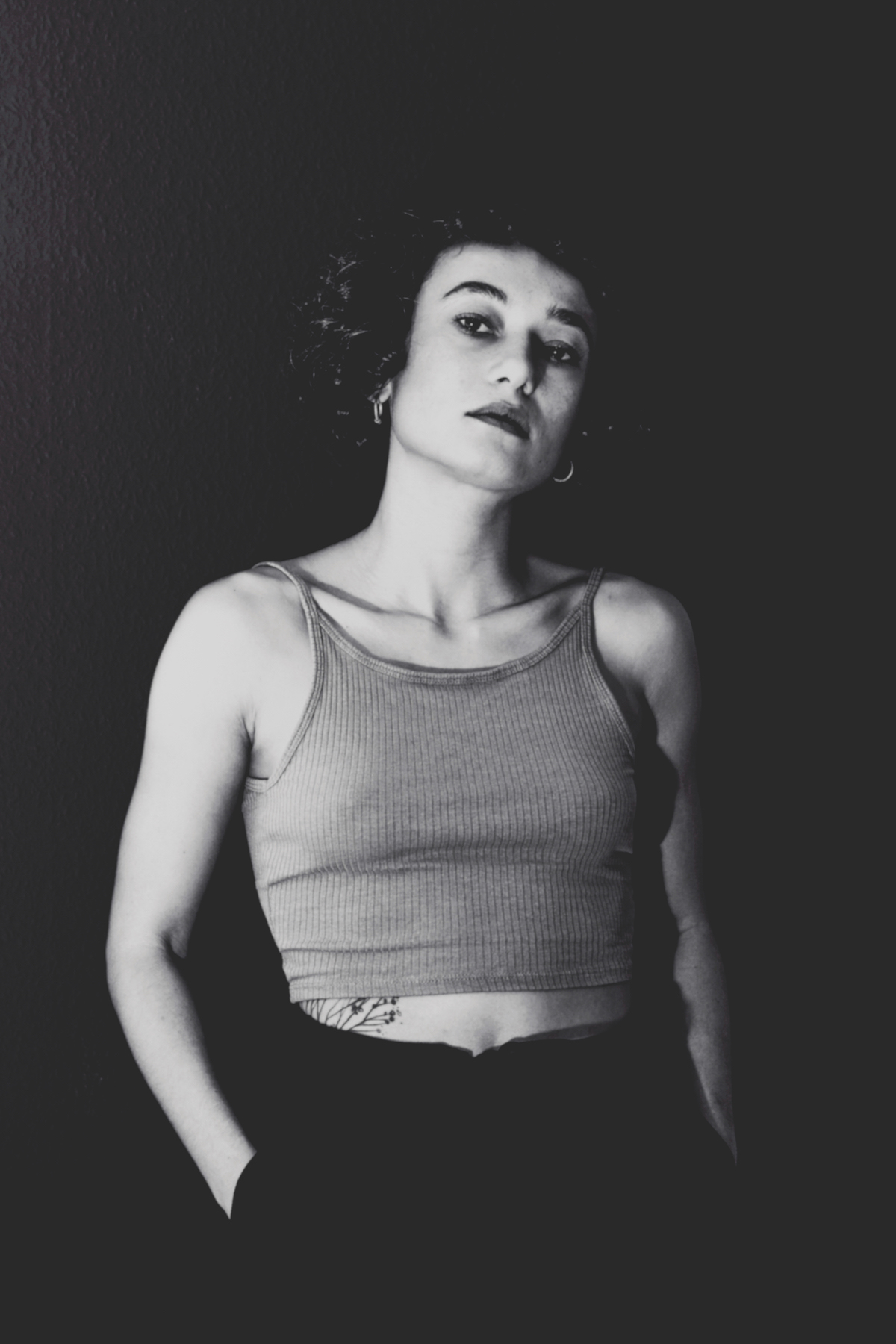 While some artists emerge off the back of tracks that are solid but not necessarily anything new, Nene H – real name Beste Aydin – is someone who very much has her own signature techno sound. An early pivotal moment came with a notable performance at the influential Berlin Atonal festival in 2017. It saw her build a big wall of arresting sound with her analogue machines.

Drawing on everything from noise to field recordings, Tibetan spiritualism and folk, Aydin makes music that pushes the genre forward but never forgets a sense of all important dancefloor functionality. Her latest EP came on Intrepid Skin in May and featured four tracks that draw on her background of classical composition. From uncompromising, hammering drums and industrial synths to more transcendental techno that takes you into yourself, it is a great showcase of the Istanbul-born artist’s always striking sonic style. 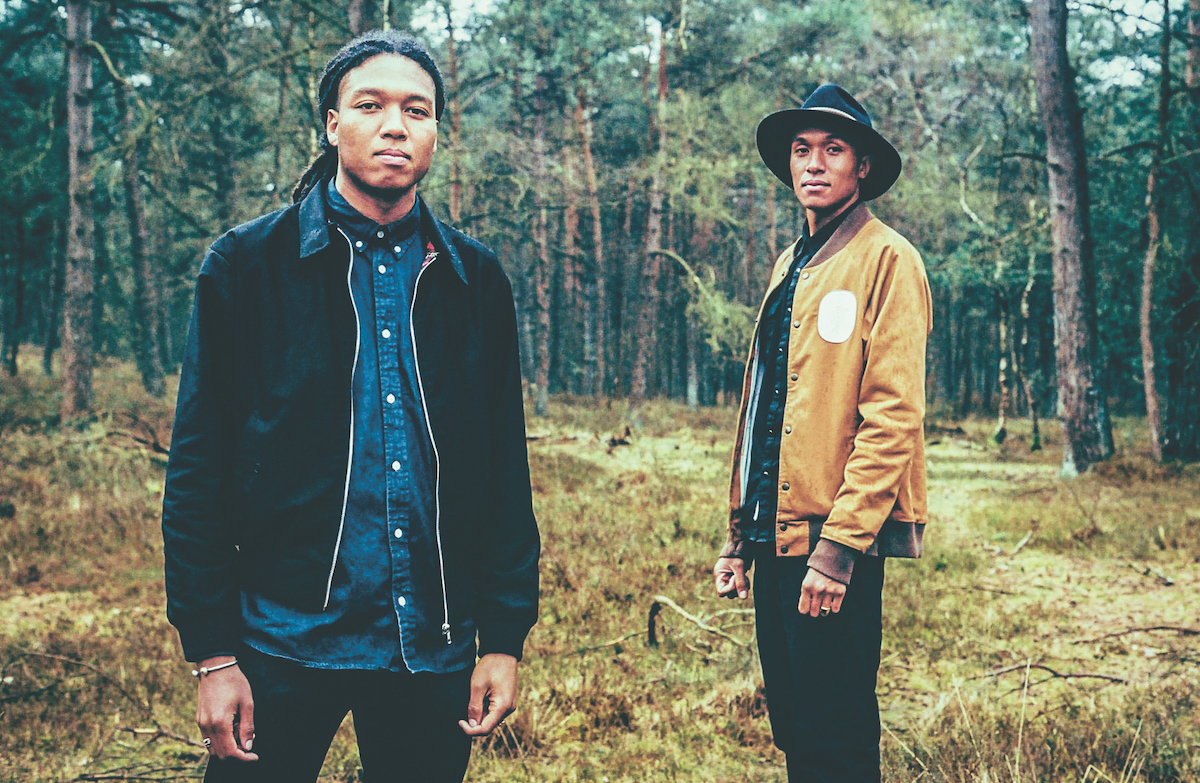 Dutch Duo Ingi Visions have been producing records together since 2012 but their history runs far deeper. They are brothers Samuel Deep and Julian Alexander, who founded the ever-popular Slapfunk Records alongside Nelson Yogh Niemel. With wax that regularly flies off the shelves and label parties in some of Amsterdam’s most well-known clubs they’re steadily building a following worldwide.

This July they’ll be hosting Slapfunk in Barcelona with Evan Baggs, Gene On Earth and Makcim and also playing Hide & Seek Festival in Manchester. Their productions focus on stripped-back, groove-driven house influenced by 2-step and UK garage. “SlapFunk is made for the dancefloor. That’s where we got our inspiration from and always want to carry out,” says Samuel. Their latest track ‘RJG’ on their Raw Joints series does exactly that, and it’ll be followed by a UKG track on Entity London’s forthcoming VA. Dancefloors be ready. 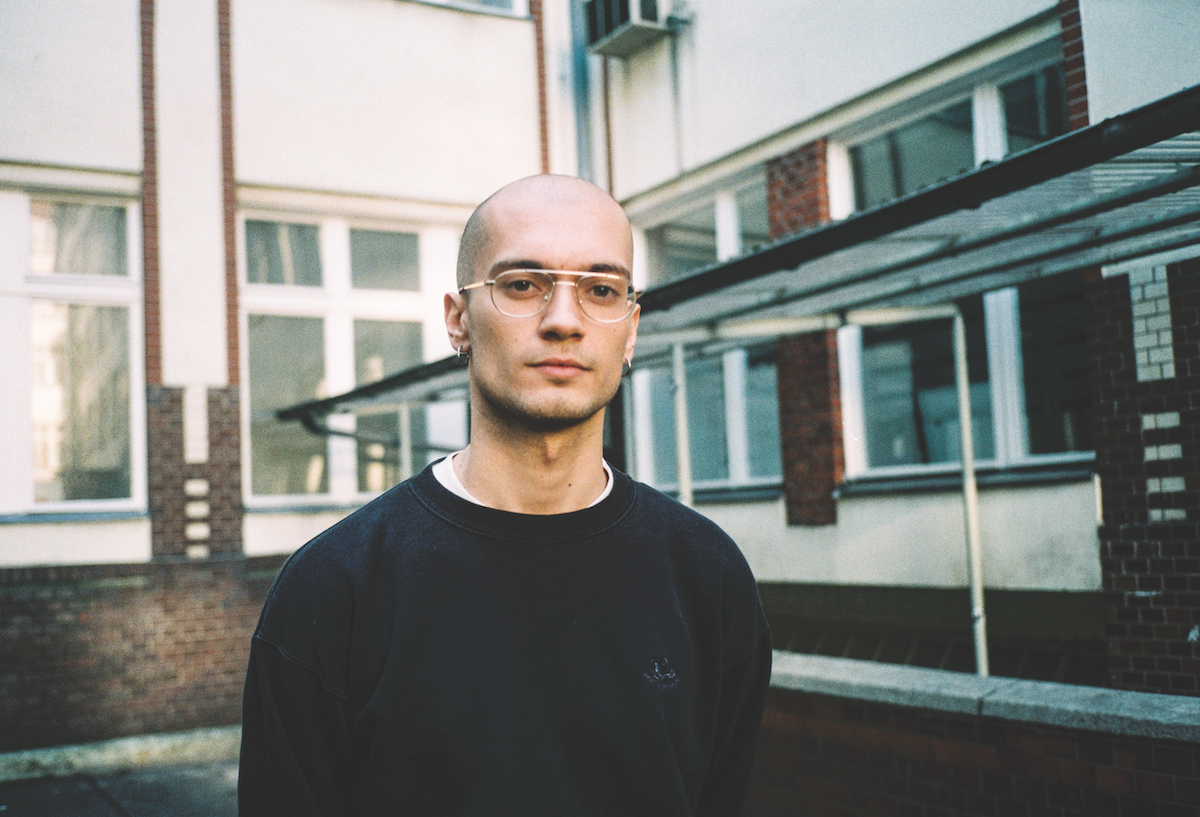 Viennese DJ Cem Dukkha is a resident of Berlin’s Herrensauna, an event that is among the city’s most crucial gay club-nights. As the booker and one of its three main DJs, he’s helped to sculpt Herrensauna’s techno-centric sound, and his own sets are deep dives into everything from spacious, dubby four- four to thunderous kicks, abstract breakbeats and electro.

Raised on punk rock, CEM used to play guitar in bands, and that uncompromising gritty aesthetic comes across in his attitude towards dance music too. As well as bringing Herrensauna to a variety of venues across Europe, he’s recently played everywhere from Berghain to Manchester’s The White Hotel, Corsica Studios in London, and venues in China. Still to come this year are gigs at Bar in Rotterdam, Basement in New York and Sheffield’s Hope Works, so keep your eyes peeled for CEM coming to a town near you!

For Fans Of: The Mover, Lo Shea, Helena Hauff 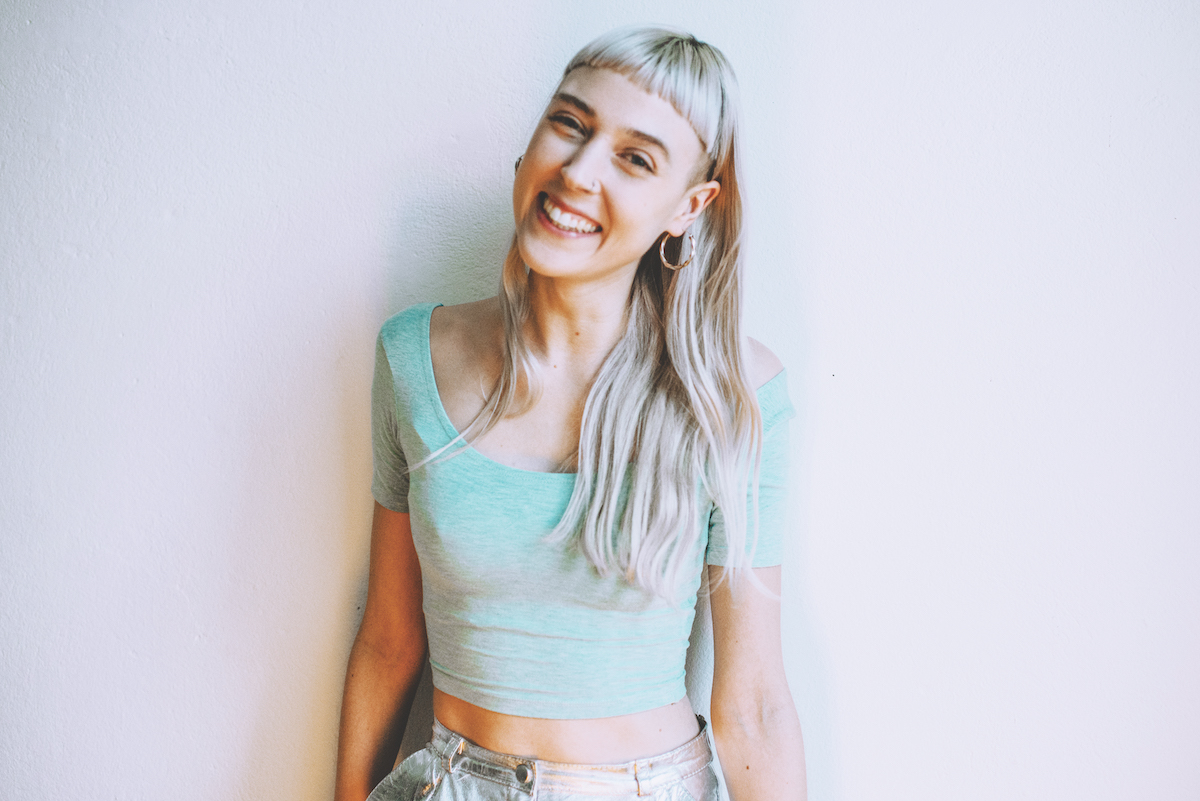 Lauren Bush AKA re:ni has long been demonstrating her versatility with recorded mixes that travel through different eras, styles, moods and motives. From broken techno to jungle and more classic four-four styles, there’s a clear UK narrative to her sounds. “I was initially a big dubstep and drum & bass fan and moving to London quenched my thirst for hearing bass-centric music on amazing systems,” she says. “Working at Fabric introduced me to the hybridised sounds of techno, garage and dubstep emerging in London from labels like Hyperdub and this would eventually inspire me to start buying records and learn how to mix.”

Bookings over the last twelve months include Panorama Bar, De School and Fabric, with appearances at Waking Life Festival, Studio 338 and Junction 2 to come this summer. To support her newly appointed NTS show with Laksa, they’ll also be throwing a string of ‘re:lax’ parties in London. Watch this space. 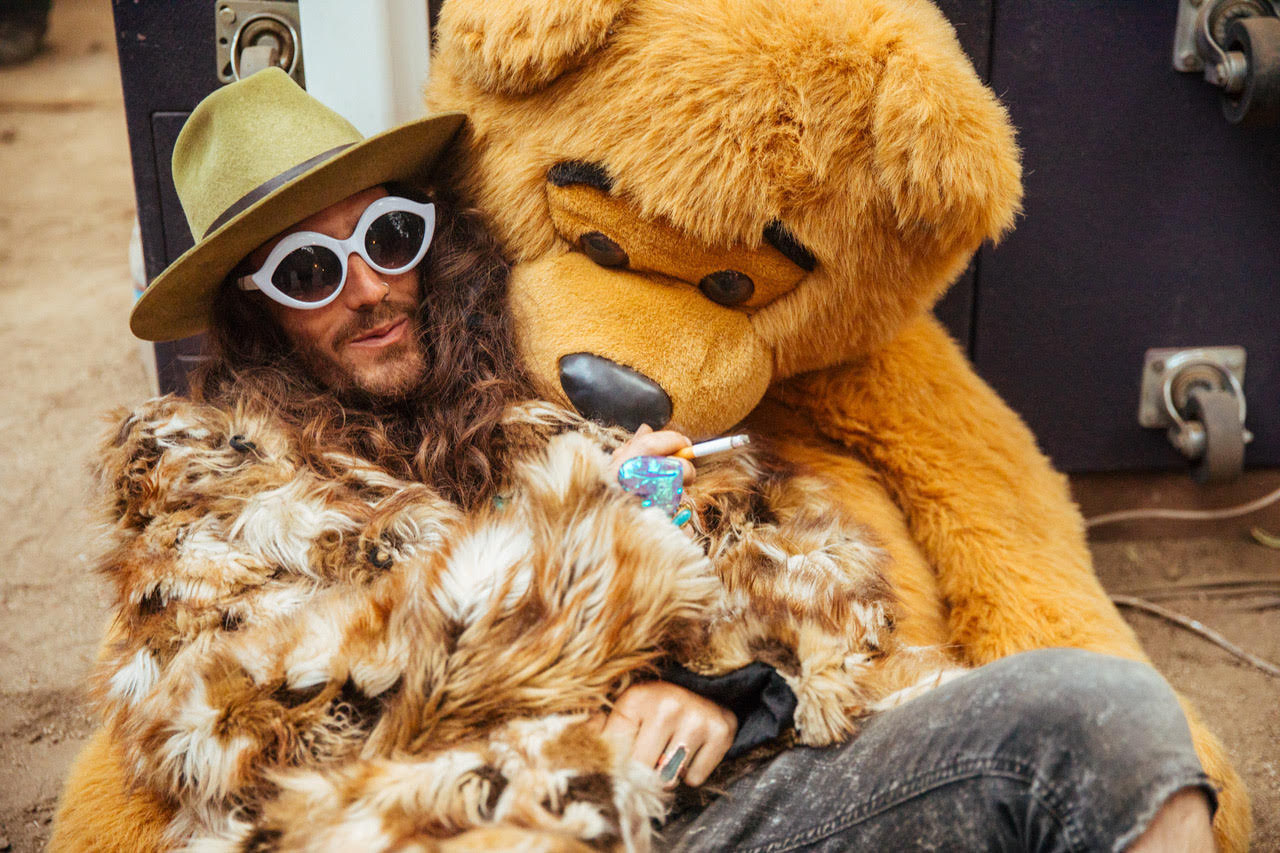 “We can get deep, but let’s keep it sexy.” That’s the mantra of Los Angeles-based DJ and producer, Keith Bender, whose sultry “funk house” sounds are coming in hot for summer. Following the release of his sun-drenched single ‘Karma’, Bender appeared on the line-up at Klingande’s Fifth Annual Playground Pool Party in Miami, dazzling bikini-clad fans under the South Beach sun. Often clad in vintage thrift, it’s only appropriate that the young artist draws musical inspiration from legendary icons like Jimmy Hendrix, Prince, James Brown and Parliament Funkadelic. Look, listen and learn. 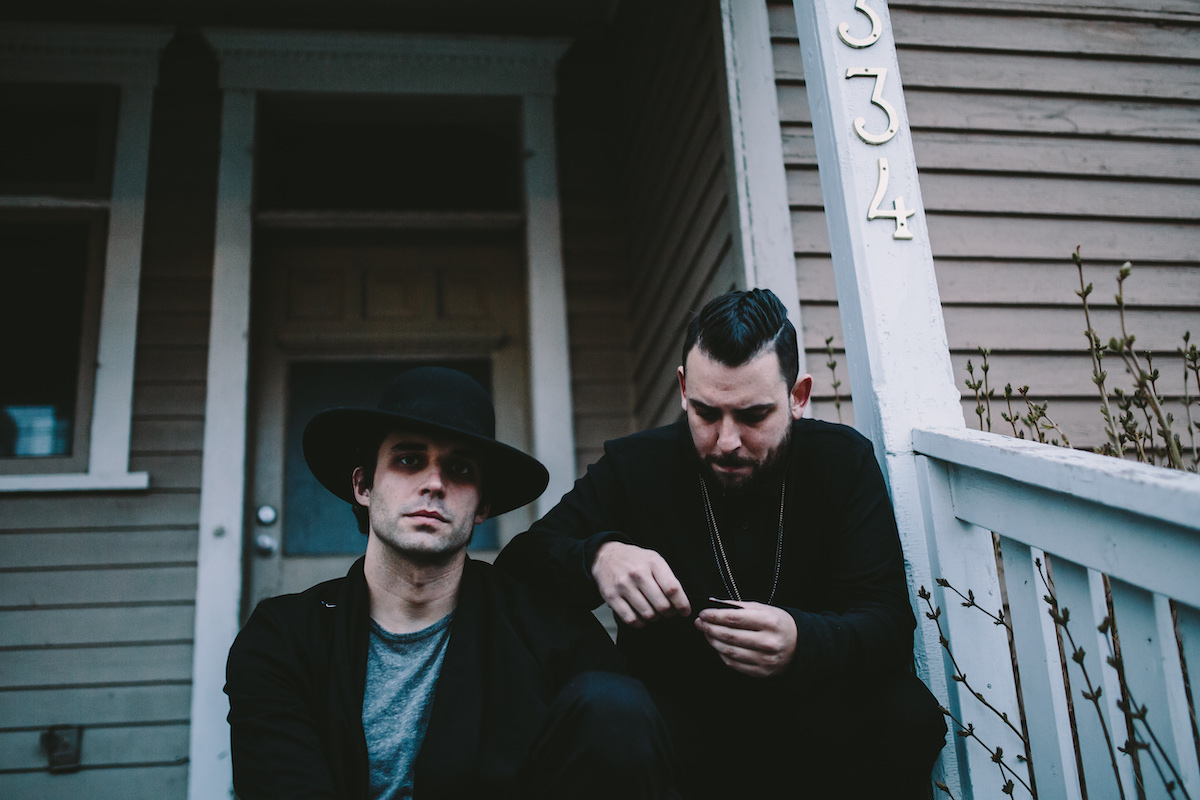 Riding high after their ‘UUNION’ EP release and touring with the Dead Beats crew last year, Canadian duo Jeff and Justin, better known as Chuurch, are seemingly just getting started. Their big break actually happened, however, at Shambhala 2016, when they played a set that is still talked about to this day! Their self-described sound of “lean bass” features deep, dark basslines and fluidity throughout, combining bass music, hip-hop and house. Their unique approach to producing has them working in an unconventional sense, building music based around their live sets and then taking it to the studio. Every Chuurch set is a live one, as they only play out their own tracks, so don’t sleep when they come to a city near you.

For Fans Of: Rezz, DMVU, Justice 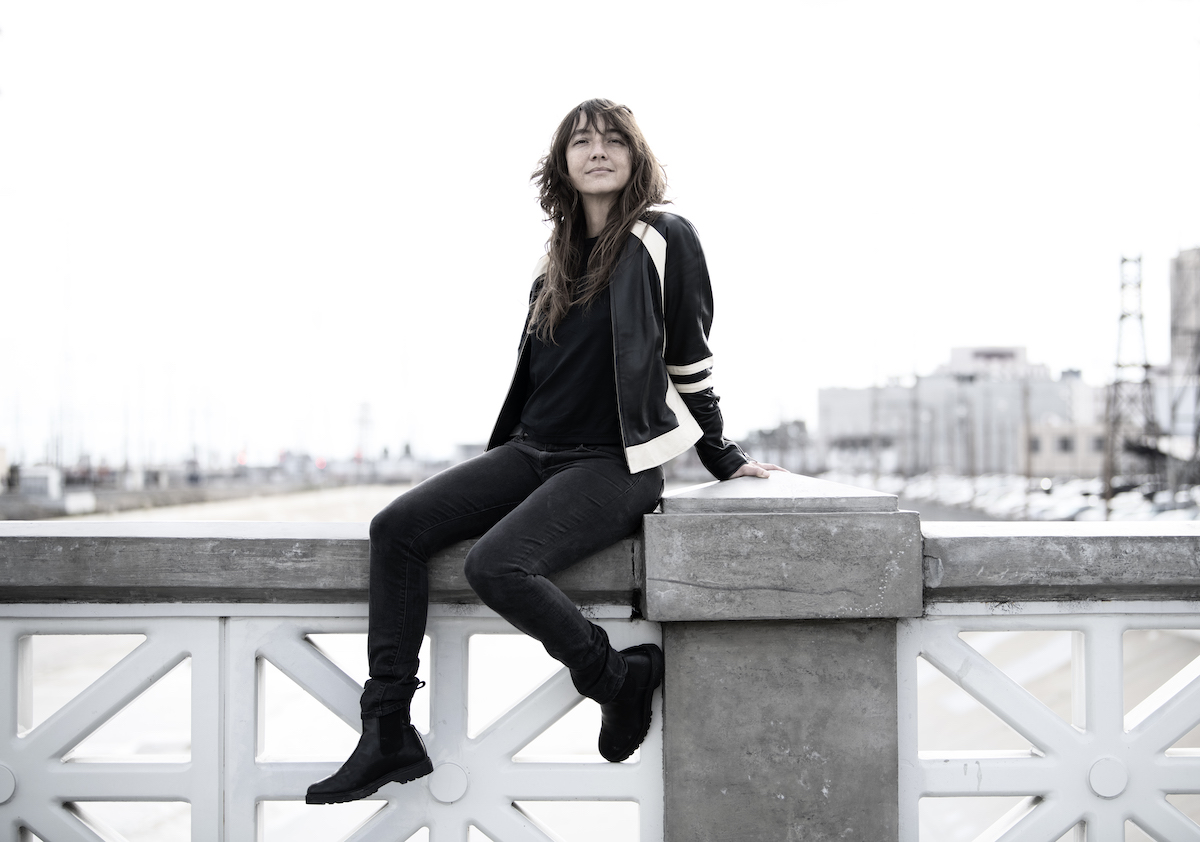 Forged in the fires of Southern California’s mythic Full Moon Gatherings, as resident and organizer of the storied Moontribe Collective, dela Moon’s full-bodied drum & bass and halftime has become a signature of Los Angeles’ underground. She commands an arsenal of downtempo grooves and gritty leftfield rhythms on labels like Desert Trax, Shivlink Records, Soul Resonance, Soulfood Music, and Ball of Waxx. Her February EP, ‘Radiant Frequencies’ with Chief Jesta (released via Street Ritual), satiates even the most discerning bassophile. 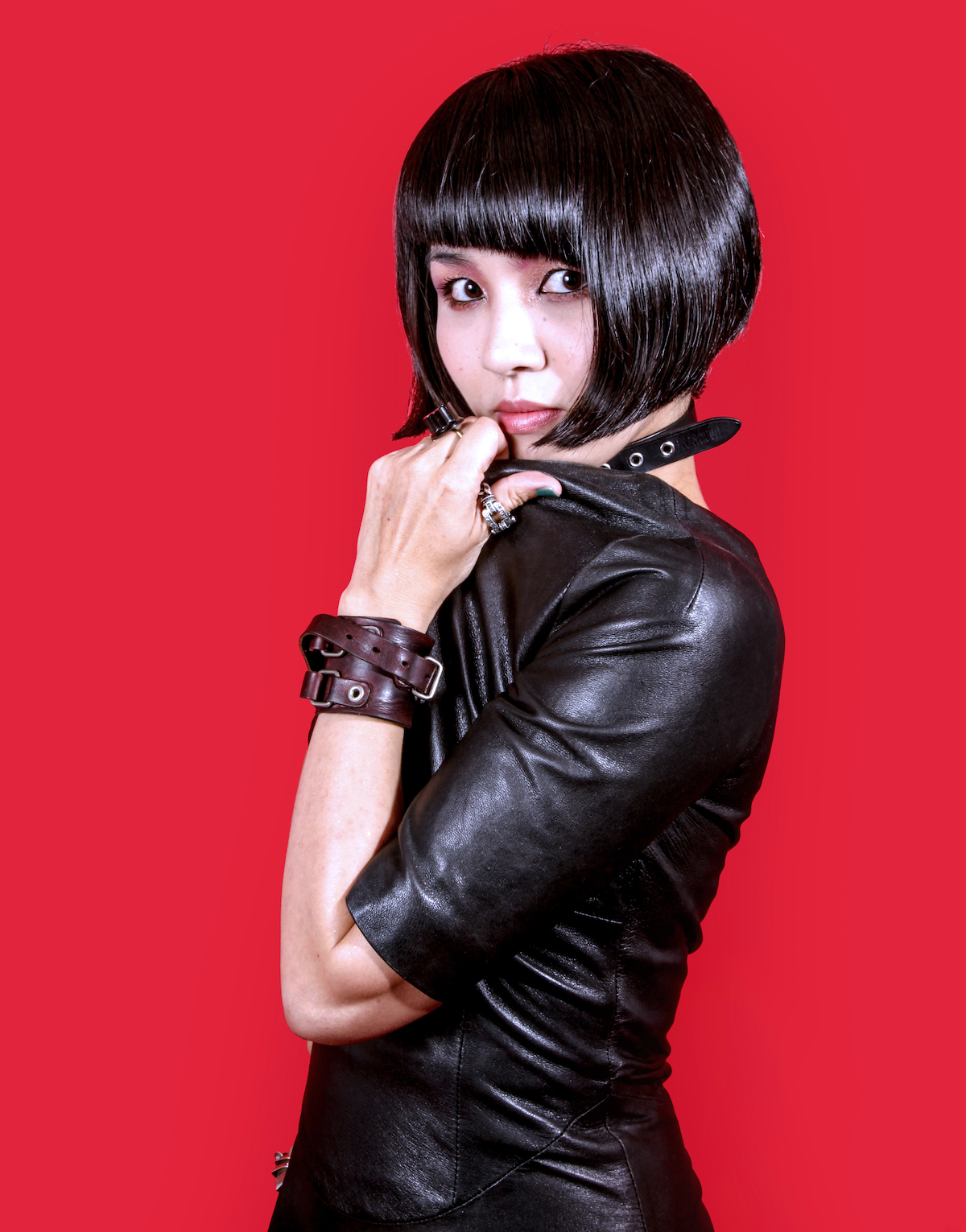 Tokyo-based DJ Galcid plays live sets of warped, acid-drenched techno and electro according to the rules ‘no PCs, no presets, no presentation.’ An uncompromising philosophy, executed with bespoke modular synths, Galcid’s sets are a full-on analog assault. Her vision for electronic music has caught the attention of serious heads from veteran of the Japanese techno scene DJ Nobu to Yellow Magic Orchestra alumnus Ryuichi Sakamoto, who tipped her most-recent album, ‘Hertz’. Released on the revered Detroit Underground label, ‘Hertz’ committed to wax the improvised ethos of the experimental artist's live sets, but swaps the nervous energy for Monolake-evoking soundscapes, white noise, and fidgety bleeps moving in fits and starts. 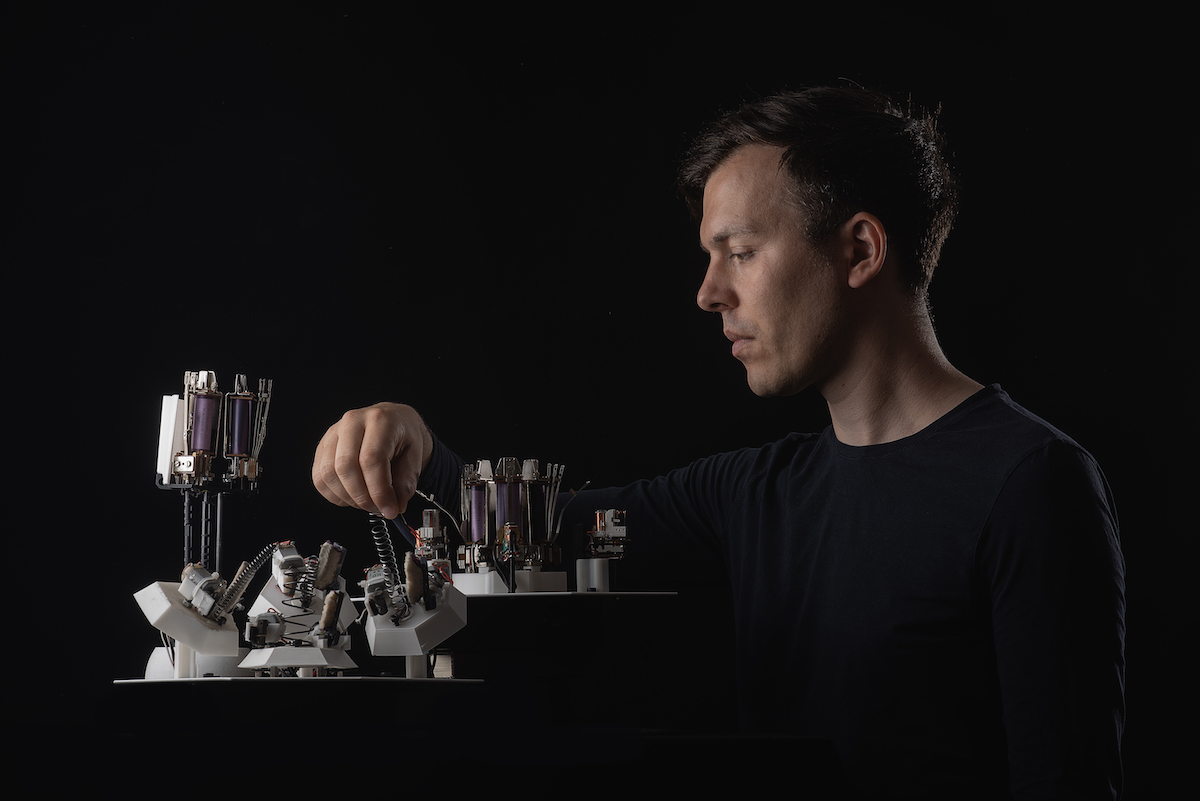 The robots have taken over… and we’re all for it. German composer, Moritz Simon Geist is pushing a new breed of techno, one featuring pulsing productions sourced from the “Sonic Robots” he builds with his own two hands. From a bountiful collection of mini-motors and salvaged hard drives, Geist has spawned a futuristic orchestra fueled by imagination and born of sheer creative genius. Though many were already familiar with his colossal MR-808 — a physical drum machine encapsulated within a two-by-four-meter music box — Geist recently caught the attention of North American fans during his live performances at SXSW in Austin. Later this fall, he’ll publish the world’s first full-length electronic album produced entirely by self-made robots. 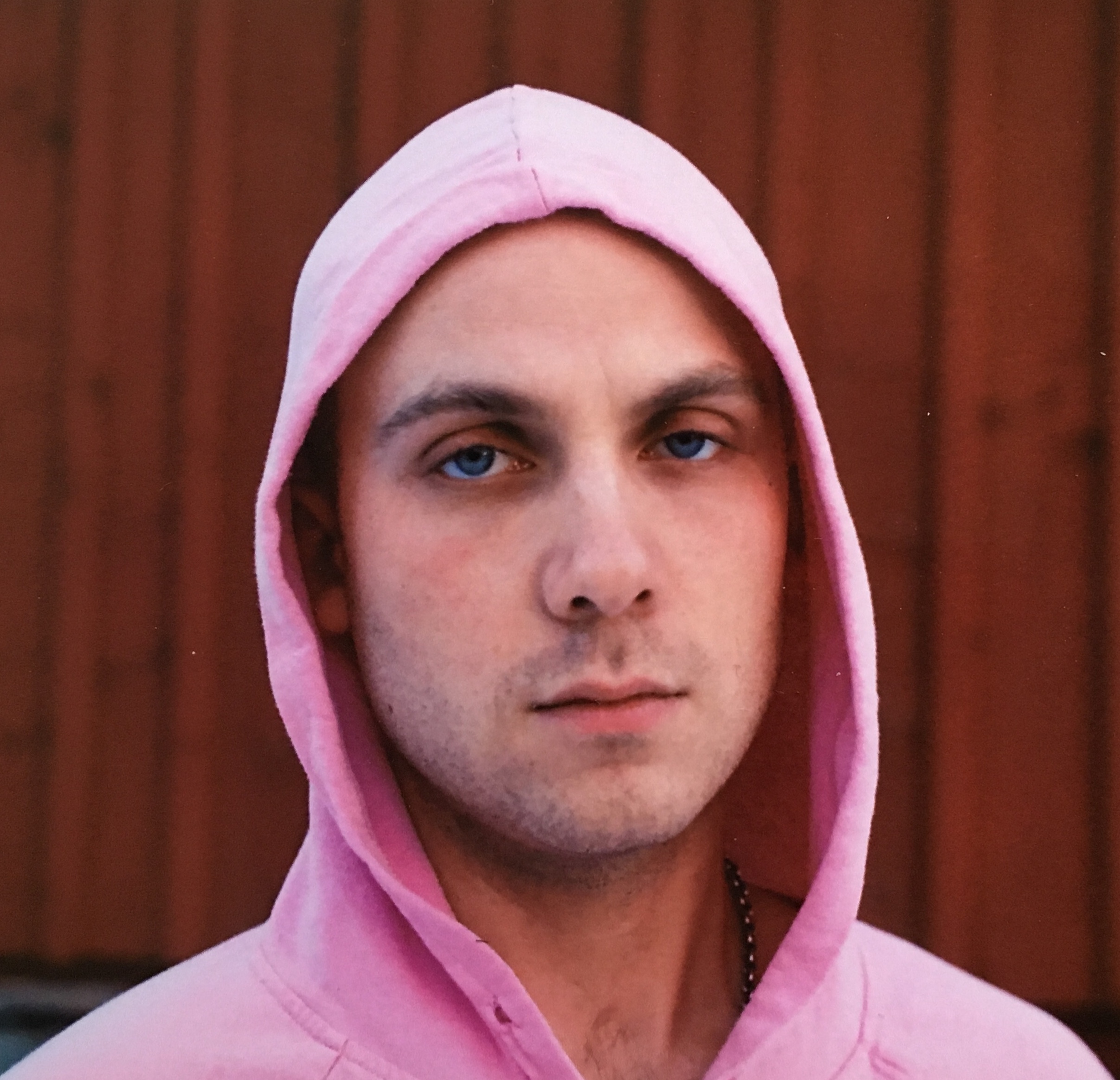 Copenhagen’s distinct brand of fast techno has rapidly becoming one of the most hyped sounds around – its BPM-pushing, trance-flecked sound both original and enthralling. Sugar has been a key part of the Danish capital’s variant-techno culture from the off. Having played in the punk rock band Hjertestop, Sugar channeled the DIY-ethic of that scene into setting up rave series Fast Forward, a hub for producers and DJs forming the fledgling movement. Aside from playing out well-received live sets of pounding, restless techno, Sugar contributed two tracks to Courtesy’s much-hyped Kulør compilation ‘001’ in late 2018, and has recently released his own EP, ‘No Sex Only Feelings’, a bold statement comprised of emotion-infused club tracks.

Want more? Check out our emerging artists features from April and May... Features
12 emerging artists you need to hear this February