One of Detroit's most ambitious selectors, DJ Holographic has had the biggest year of her musical career in 2018. As it draws to a close, we catch up with her to reflect on its highlights and to look to the future. She also delivers a pristine hour of soulful and energised house as part of our Fresh Kicks series...

“I’m living my favorite love affair with music right now and want to shout it out to the universe!”

DJ Holographic describes herself as “a one-woman funk machine born and raised on Detroit Music”. Her mission, she says “is to serve a mix of musical cuisine that contains consuming house beats, passionate R&B, and unreserved nu-disco.”

Positive intent and determination burst from DJ Holographic – who’s real name is Ariel Corley – and her musical output. As a DJ,  her sets veer from vintage propulsive Detroit sounds and tough house to Italo, cosmic disco and beyond. With a few years experience on the city’s club circuit, she has become an essential fixture in the Detroit scene. This summer, after playing for the second time at Movement Detroit, she ventured to Berlin to play in clubs like Osthafen and ://about blank – just some highlights in a year that has been full of them.

“2018 was an inspirational joyride,” she tells DJ Mag “I was in Berlin for the summer. Played Egg in London and Smart Bar in Chicago for the first time. I had a blast playing Movement for the second year on the Red Bull Stage. I kicked off my monthly, KOSMIK, in my hometown, Detroit. My weekly radio show on Red Bull Radio is a highlight for me every month. I was inspired playing with Black Madonna in Los Angeles for her ‘We Still Believe’ Tour. Being invited to be a part of so many pride events including Opening up for Horse Meat Disco in NY and playing with Needle Exchange in DC. Wow, what a great year!” 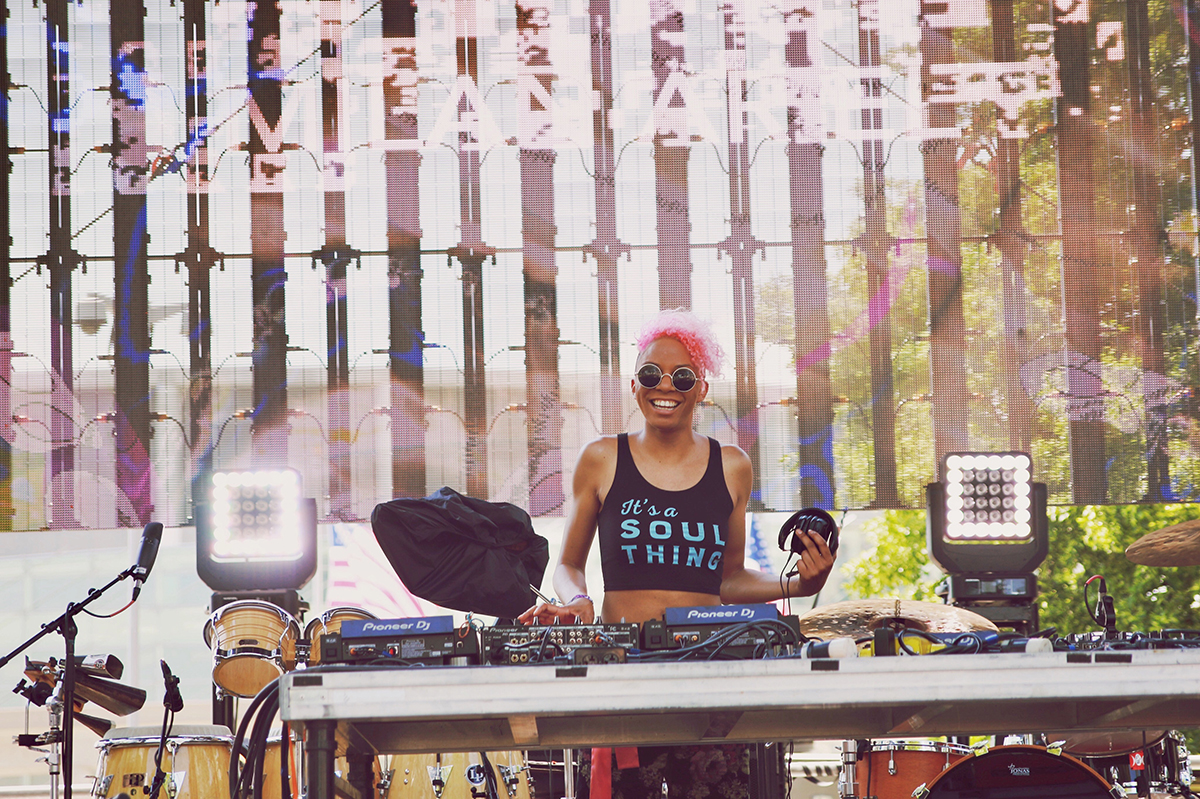 Corley’s background in DJing is, as you might expect, steeped in the history of her hometown. The artists, venues, DJs and promoters that inspired her are the ones that helped mould the city’s legendary culture into what  it is now, while being able to count the likes of The Black Madonna as a friend and mentor has meant her determination is always forward looking.

“I am fortunate to have been surrounded by members of the Detroit DJ community such as Underground Resistance, DJ Minx, KDJ Records, and DJ Dez Andres,” she explains. “They have inspired my curiosity. I appeared in the underground scene around Detroit at legendary places such as The Grenadier, TV Lounge, Marble Bar, Grasshopper Underground and many more. I’ve DJed at festivals such as Movement, Charivari, San Francisco Pride, Red Bull Music Academy in New York, Reclaim the Beat Festival in Berlin, and The Black Madonna presents We Still Believe. Bonding with people such as Shaun J Wright, Black Madonna, and the crew Honey Soundsystem has proven to me how powerful music can make us feel like one."

As for the future, DJ Holographic is setting her sights on production and embracing the world around her, both musically and personally. “I’m most focused on being in the studio in the beginning of the year,” she says, “Continuing to work with many amazing mentors of mine. Always striving to travel around the world more, playing and experiencing other cultures.”

For her DJ Mag Fresh Kicks mix, DJ Holographic has delivered a pristine hour of energised and soulful house to nourish the soul. Check it out below along with a quick Q&A. 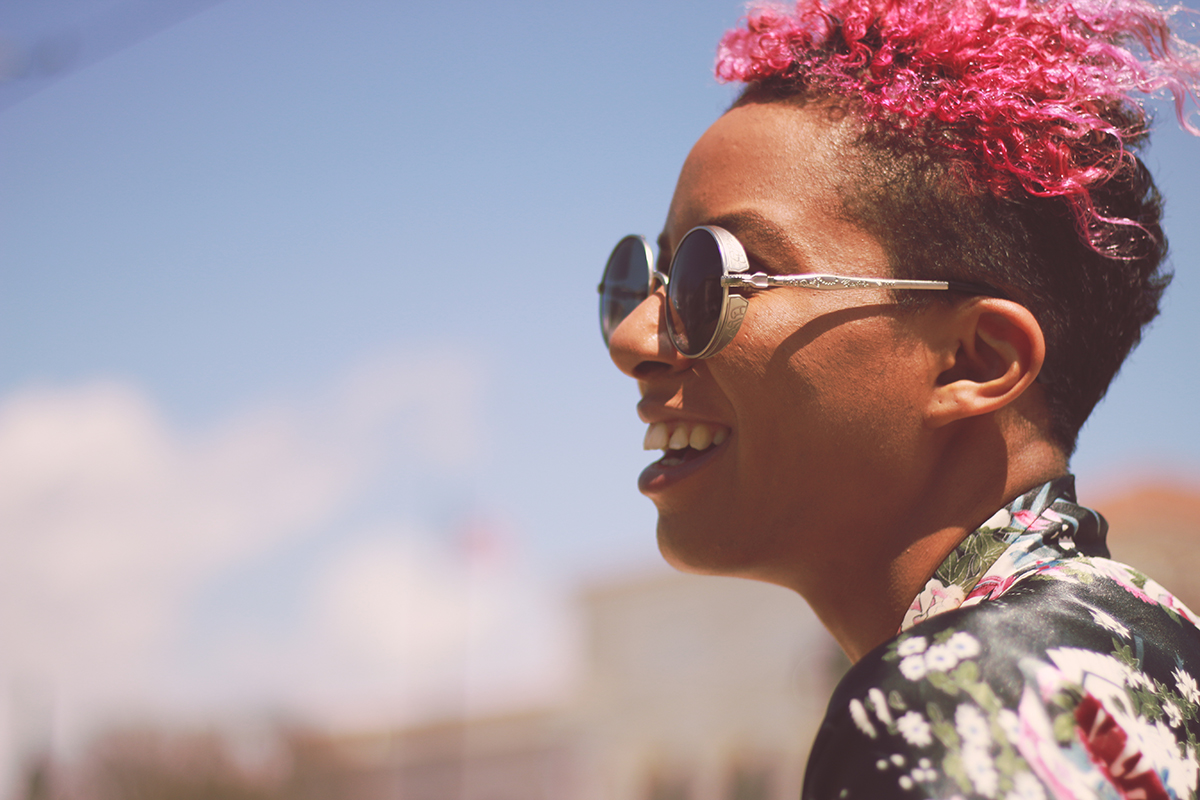 Last track that blew your mind?
“Kim Anh ‘Pleasure’. Chris Cruse and Kim brought me out to LA for the first time last year. Since Kim gave me this album I have been playing all of the tracks nonstop. When I played for the ‘Still Believe’ closing party, Kim and many friends were dancing while I played some of their tracks and it was one of the happiest moments of my year.”

Last film you watched?
“‘The House with a Clock in Its Walls’. A really cute fantasy movie. My real passion is Sci-Fi thrillers.”

Last DJ that blew your mind?
“Keenan Orr from Sleeze DC. Playing b2b with him in NYC was one of the best moments of this year. Check him out in the Honey Soundsystem podcasts. He’ll blow your mind.”

Favourite album to relax to?
“‘How Strange Innocence’ by Explosions in the Sky”

What record is top of your wishlist?
“‘More Roy’ by Roy Kinsey. The label FUTUREHOOD in Chicago is run by my sexy cousin Mister Wallace. Check out the track ‘Black Boy’ featuring Pete Sake that is on his label.”

What's the best club you've played at?
“The people are what make the best club and I’ve been fortunate to play for a lot of great people. This year playing outside at About Blank’s summer event for Buttons is at the top of my list.”

What's been your proudest moment as an artist?
“I’m very proud to be a part of an amazing community of artists. I was especially proud when I was at Red Bull Music Academy in Berlin this year seeing so many young artists create powerful music and present it. Seeing Mike Banks talk about the connection Detroit has with Berlin and talking with Jackie House about all of it was a touchstone moment for me.”

Want more? Check out our recent Fresh Kicks mixes from Lugh and Kampire...