How I Play Live: SHADED | DJMag.com Skip to main content

How I Play Live: SHADED

Why was it important to you to develop a live show over just DJing?
SHADED: "It was a matter of preference really. I have always enjoyed DJing, but when it came to playing gigs I always felt inclined to play live. At the time my live act was developed, I was writing loads of new music, so it just made sense. It was all music that I was not sure would be released, but I wanted to play it out anyway. Writing and producing music has always been my first passion, and I felt that when I had the opportunity to be a live act, it was a no brainer."

How did you initially intend your setup to work?
"Initially I wanted to be compact with as much versatility as possible. The computer made that possible. But I never wanted to touch the computer too much. So, it all revolved around getting the most function out of the computer with out having to look at it. Therefore, the main core of the show became controller-based sequencing through Ableton. So, it all revolved around that mindset." 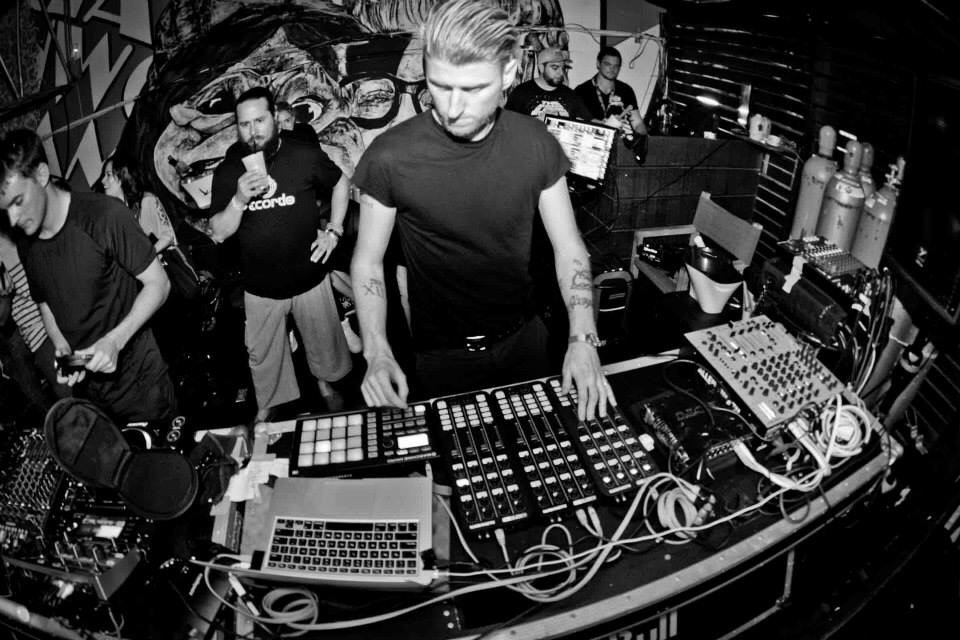 How has the setup changed over time?
"I realised that I wanted to expand into a more tactile feeling, so I looked into options for drum machines. I wanted the stem elements essentially running through the 'core' and be able to sequence all the drums completely live. Also, my music had a lot of vocals, so I added in a vocoder-style mic to improve as well as chorus some of the vocals in real-time. Then when iPads became useful I added this into the mix as well as the touch screen feeling was new and exciting."

What’s your setup now and how does it work?
"Current set up revolves around computer sequencing 16 channels through Ableton. Essentially Ableton is my extended mixer on top of a Xone:92 mixer. All my tracks are stemmed out into eight parts, for full control over mixing between kicks, synths, vocals, pads, drums, etc. The next four channels are dedicated to NI Maschine for main driving drums, fills and breakdown elements. The last four channels are dedicated to atmospheric elements. All 16 of these internal Ableton channels are mapped to three Xone:K2 controllers for full tactile feel, keeping me off the computer the whole time. All of these elements are then coming out of one master chain through the Apogee Duet interface and into the Xone:92 on channel one. All MIDI values are mapped from zero to 100 percent so that when my controllers are pushed to the max values, my volume levels sit perfect in the initial mix of the track.

"So, while playing if everything is fully pushed, I am sitting at the final mix down master level of the initial recording, which helps for getting good dancefloor sonics. On channel two I am running an iPad which runs a couple granular style synth apps that I have pre-recorded vocals recorded in, which then are used to create cool pads and textures out of my voice. This is a pretty loose process because even though I know the recordings, this makes new weird sounds every time. On the 3rd channel I am running a VT-3 Roland vocoder for the live vocals. This is running direct into the mixer for immediate feedback control and volume issues, as well as for CPU and latency reduction, and it’s monitored through the Xone:92. Initially I was using a hand mic, and had feedback problems so stopped using, but now I am using a hands-free head set which helps." 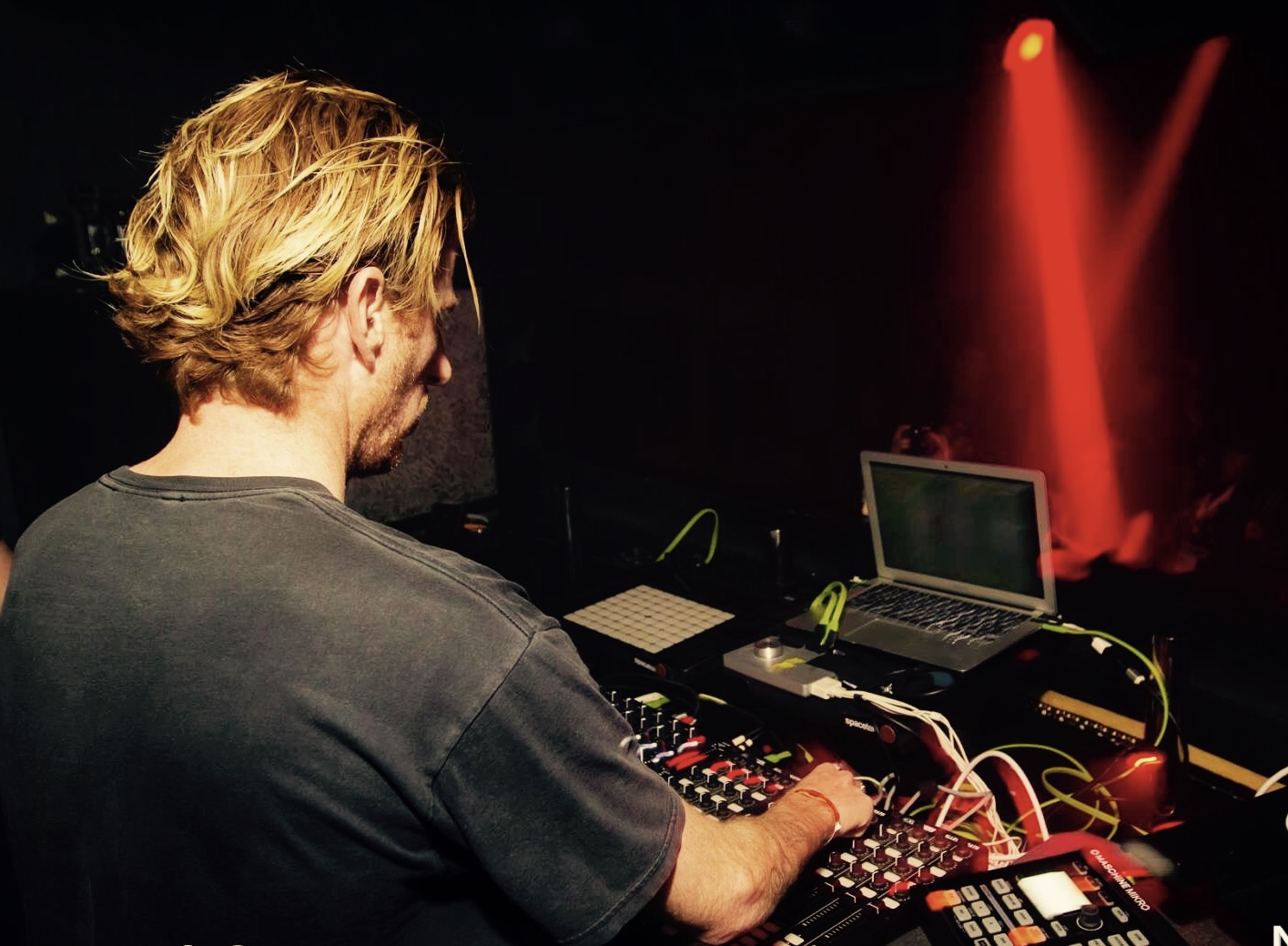 What are the main challenges in the setup as a whole?
"I have fine-tuned it to the point that there is no challenge with the setup and operation, and now the challenge is just always presenting new music, which was the goal from the beginning. I don’t want to ever have think about the equipment. That is a distraction from playing. I went though many different routing setups and connections, and I've reached a point where I know that the setup won’t break down mid-set. That peace of mind is priceless. At first that was always my fear - playing in front of a big crowd and everything just takes a shit on me. Mind you, I’m also running Traktor app as a backup on the iPad the whole time, just in case Ableton crashes. This allows me to keep the music running in a worst case scenario."

What advice would you give to someone who wants to take their music live?
"Determine what your main goal is. For me it was delivering a sonic techno experience, so sound quality control and tightness was really stressed. I have stayed away from many external analogue synths because they are hard to control in the mix. But once you find what you want to really push, base your setup around that. Once you have a clear objective it becomes much easier. Also, write a lot of music, because you have to have sounds and songs for all types of clubs, festivals, crowds, set times, countries…"

What do you think is behind the current growing trend in live electronic music?
"I just think there are SO many DJs now that it is a way for a qualified producer to set themselves apart. To have proper live show is no easy task, and takes a different set of skills than being a DJ. It's a way to deliver an experience to clubbers that no-one else is delivering, and that's exciting."

What piece of gear would you love to add to your setup and why?
"I just got a Moog Mother32 and it's great. Its semi modular so it’s much easier to get the sounds and rhythms out of it than a typical modular. It sounds super sweet. It would be great for syncopated arpeggiated riffs. So far, I have not used many synths live, besides a Moog Minataur, but I think this Mother32 is the right fit."