Irish DJ, producer and label owner Krystal Klear is flying high on the success of his disco epic ‘Neutron Dance’. We meet him in NYC to discuss at length why he’s moved to the US — and what's coming next...

Since moving to New York just over a year ago, Krystal Klear’s creativity, passion and vision is stronger than ever. The Irish DJ, producer and label owner (real name Declan Lennon) is thriving in arguably America’s most romantic city, spurred on by his new hometown’s melting pot of influences, sounds and cultures. He’s also just dropped a brand-new remix packet for his summer smash ‘Neutron Dance’, which features re-rubs from Paul Woolford, Mano Le Tough and Gerd Janson. We met up with Krystal Klear in his NYC apartment, to talk overnight success, self-expression and what it’s like to run a record label in 2018...

Let’s start out by going back to 2010 when you released ‘Tried For Your Love’. What was going through your mind at the time?
“Well, I was obviously a bit younger. I was throwing shit at the wall basically, making hip- hop in the style of, I guess, people like J Dilla. It was purely because my cliché at the time was Hudson Mohawke and All City Records. I was constantly trying to do something that I wasn’t born or made to do. I was fighting the tide. I was buying a lot of records in my teens and early twenties to make beats out of, a lot of disco, funk, boogie and electro, plus some housey stuff, a lot of the French sound too. I remember I just woke up one day and thought, ‘I’ve got an abundance of great music here that I know inside out and that I really like, but it sounds nothing like the music I’m making. There’s something significantly wrong here!’ My honest perspective was — am I, as a white, 22-year-old Irishman, going to try and make African-American music? And it was kind of a challenge, because I wanted to see if I had ‘the funk’. For the want of a better phrase, that’s kind of how it was. I just wantedtoseeifIcoulddoit—anditcame10 times more naturally than making anything else. I made ‘Tried For Your Love’ in a day, and I sent it on to Benji B — who I didn’t know — and he got it, and told me he loved it, and before you know it, it was getting played on Radio 1. That was before it was signed. It ultimately changed my life, and it also changed the whole perspective of my musical career, which may or may not have even happened if I hadn't tried to do something outside my comfort zone." 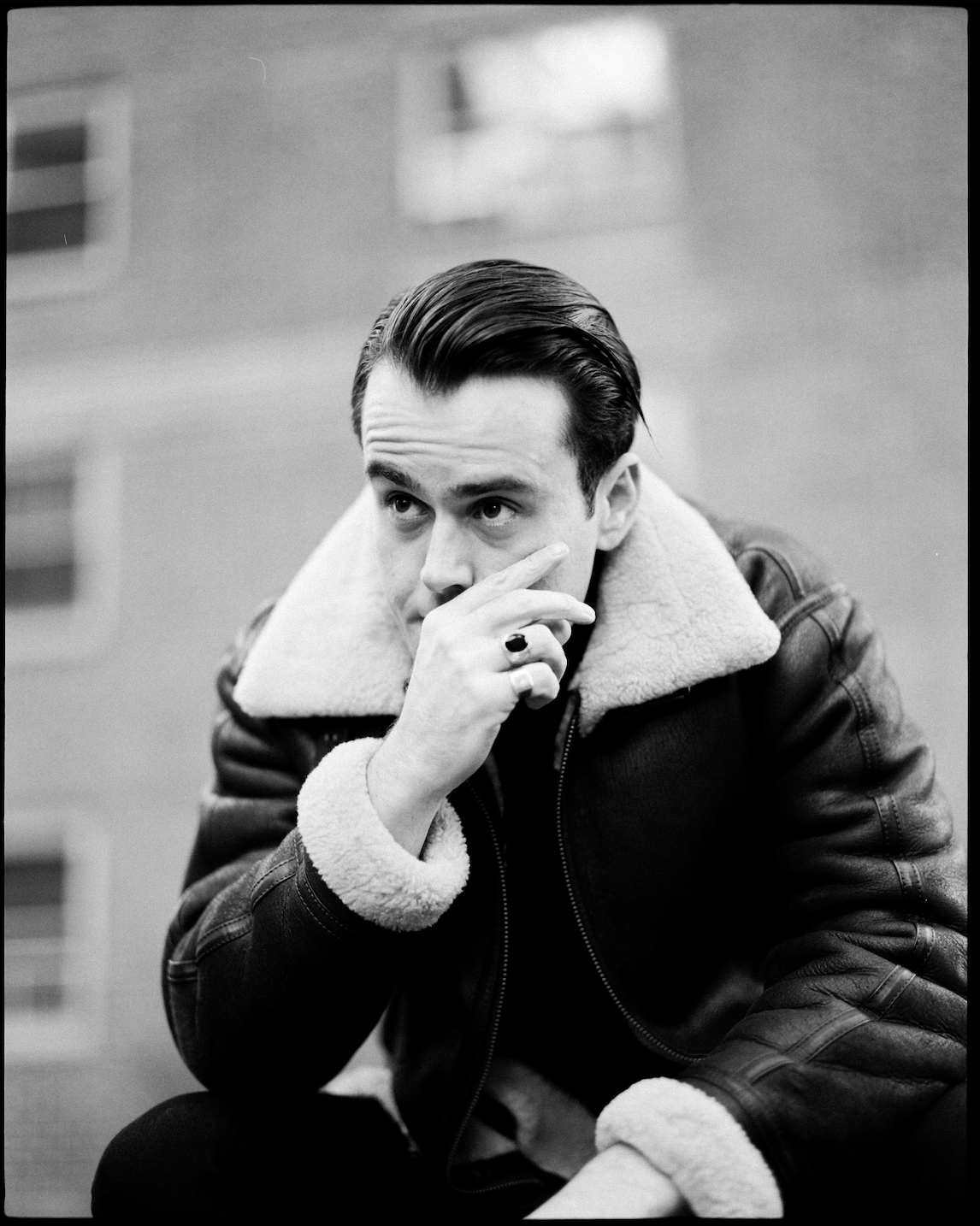 Do you think getting that level of success so fast can be dangerous?
“It was just really unbelievably exciting. I think my ambitions just went up to 100 [percent] when the music started getting heard. I just wanted to get out, I wanted to DJ as much as possible, and I wanted to do all the things that I’d seen friends and old peers of mine do. I wanted to tick them off a list one by one. In hindsight, I think everything happens for a reason, but I do wish someone had come in at the very beginning and harnessed my ambition a bit better — and maybe put me in my place a bit more.”

We’re sitting in your flat in New York — what was it like the first time you came here?
“I came once to New York with my dad, and I was really disappointed. I was like, ‘This isn’t how I saw it in The Sopranos’ [laughs]. But the second time when I came over, I was backpacking for three months and — I sound like a total gimp saying this but — it just had this pure energy. I lived in Brooklyn when I moved over for a summer with an Irish friend, and I just thought, ‘This is it!’ I just got such fulfillment from even walking A-to-B in the city, and I guess that’s one of my clearest memories. It was the energy, it was addictive.”

You’ve done some great things in the time you’ve been in NYC — like releasing on MadTech and collaborating with Nile Rodgers — but why did you choose to move to America?
“When I first announced I wanted to move, management were like, ‘This is a bad idea’. Honestly, I’d hit rock bottom a little over a year ago, and I had been coming here a lot for personal reasons. I just got sick of what Europe had to offer in terms of what I was trying to achieve. I got tired of the whole DJ thing and I felt there was a lot of fakeness in the world that I just couldn’t adapt to. I’m kind of outspoken, to my detriment, and some things just pushed me into a dark place mentally — those kinds of things started to build up. And I’d set up and built a studio in Dublin, and was commuting here to see my ex. I just felt I needed to press refresh. London wasn’t doing it for me, and God knows how much I love being Irish in Dublin, but it’s the same for everyone — you’re born somewhere, so you can hate it and leave, and then love it and come back again.” 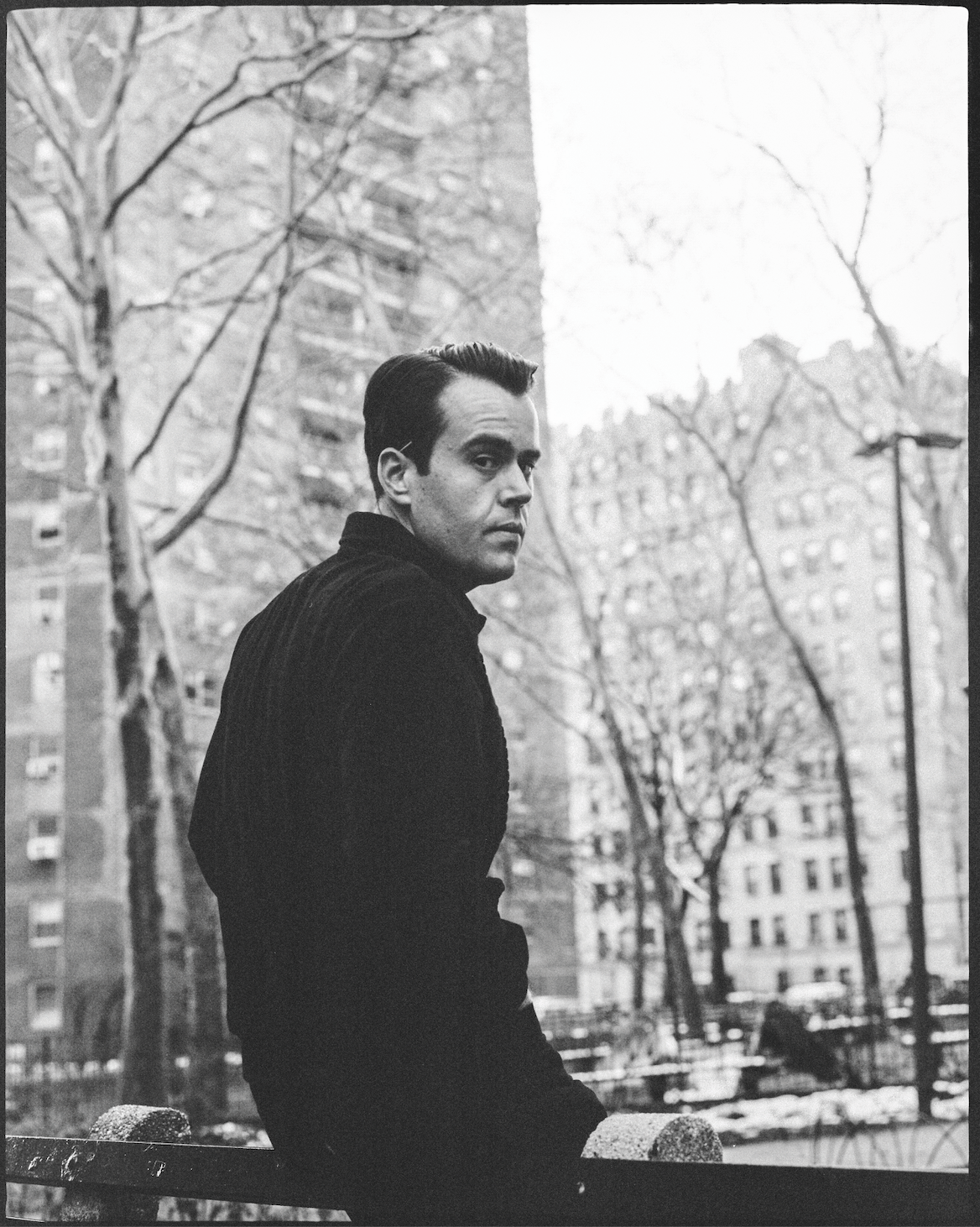 So you moved because you felt you needed a challenge?
“I needed a deep end again. It seemed really obvious to me, and even though everyone was telling me ‘No’, I spent six years of my career listening to other people. And at this juncture of my life I had no manager, no agent, I wasn’t signed to anyone, and it was a huge leap of faith. It could have gone a very different way, but it kind of seemed to work out. Now I can have the duality of the DJ world, where I can go back and play three or four gigs a week and see all my friends and peers, and come back here where no one knows about Berghain. I can have my own time and concentrate on the influences in the city. I’m really happy being here.”

And you obviously find New York very inspiring...
“Well yes, I know a big part of this interview is talking about New York and why I’m here, but to be honest, I can’t tell you exactly why it’s so exciting here. Even as I was coming in from the airport the other day, and you’re coming through Queens and the graveyard’s on the right and the skyline is looming — you just think, ‘Just get me there, just get me in!’ [laughs]. Countless nights I have just walked around the city, headphones in. Not drinking or socializing or nothing — I just like to walk. There’s something about this place I just can’t get enough of.”

“Cold Tonic is like an art project for me. If making money from Cold Tonic was my agenda, trust me, I’d do it in a very different way"

You founded your own label, Cold Tonic, and also released the first track on it, ‘Squad’. Why did you decide to do the label?
“It was purely born out of a frustration with dealing with labels at the time. I’d had a few up and down experiences with majors and indies, and I just thought I wanted to have a bit more creative control over what I’m doing. I was sitting on a lot of material that I really liked, and I just thought, ‘I’m tired of waiting’. It was just a case of wanting to showcase a bit more versatility in my productions.”

There’s not that many releases on Cold Tonic — are you saving the label mostly for your own productions?
“Cold Tonic is like an art project for me. If making money from Cold Tonic was my agenda, trust me, I’d do it in a very different way. I release music under the simple principle of, ‘This is what I like, I can do something with this, I have a vision immediately when I hear the music,’ and it’s as simple as that. It’s not about having two records every quarter, and it’s not my home anymore, but I’m trying to make it a home for other people. The last record was Sandboards, and we did a record with Gerd [Janson] and Lauer obviously, and I’ve got a new kid coming who’s making some unbelievably deep, thick, Jersey-style house. For example, we want silver artwork for a record we’re doing, and it’s going to cost a bomb. We’re probably going to lose money — but I don’t mind doing it because it’s an art project. It’s for me as a nerd, who likes records with little details. To me, that is purely Cold Tonic. There could be a year where I don’t release anything on the label. If I find something I like, I release it. Simple.” 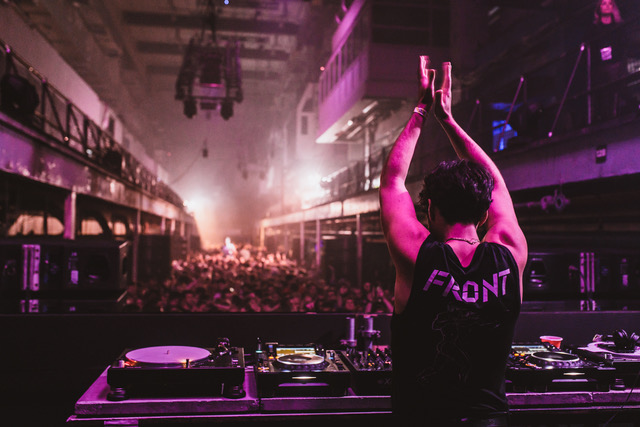 You’ve had a huge hit with ‘Neutron Dance’ recently — talk to us about how you follow something like that up?
“What’s happened with ‘Neutron Dance’ might happen once in a guy’s career, maybe twice if you’re lucky. If you’re Julio Bashmore, he just had a string of hits. I’m not ever going to try and achieve something that I’ve already done, even if it’s bigger than what I’m trying to achieve next — that’s the point. For me, my biggest concern is actually the artwork for the next record [with Gerd Janson]. I just want it to look the right way.”

And finally, what’s the weirdest thing about your job?
“I can answer that question in many different ways, from incidents at sessions and parties, to random situations you find yourself in. But I think the honest answer is: never really knowing or feeling settled — that’s the weirdest part of it. You spend the good guts of your life knowing that you’re going to be somewhere for X amount of time. I’m always thinking, ‘I’m about to go, I’m about to leave again, I’m going somewhere else’. And that’s a weird feeling — not really knowing where your home is.” News
This exhibition turns artwork into an orchestra of instruments