How the house hero's live approach, tech setup and philosophy led to him becoming one of the most in-demand performers in dance music...

Declan McGlynn
Facebook Twitter WhatsApp
From a DJ addicted to digging, to a stripped-back, captivating live performer, Mr. G's career has had only one constant: quality. His perfectionist approach to soulful house and driving rhythms has left festivals and dancefloors around the world engrossed. We spoke to him about how he creates such renowned live performances with only an MPC, a mixer and a dedicated approach to dance music.
What made you want to play live beyond just DJing?
"It was boredom. The whole thing had changed; when I went to venues I saw how the record decks were starting to be treated – they weren’t looked after, weren’t being balanced, and were starting to be used as drink stands in the booths. I realised digital was going to crush the vinyl thing, so I thought how could I stick out? Going live meant I could play peak time sets, so I went from being booked as a warm-up to the main set. Creatively I was also bored with the linear sound that was around and the loudness of MP3 was making playing wax no fun."

What were the biggest challenges in putting your live show together?
"When I started with the MPC, I began using just eight tracks, I had to learn to expand it from there. In the beginning, the problem was not having enough space. Also, the hardest part was the performance, playing in front of people and getting on stage. I used to freeze. When you’re playing an eclectic DJ set you can pull a record that will get a strong reaction, you know it will reach people who know you and people who don’t know you. But when you’re a live act, you have to learn to translate who you are to the audience.

What would you change about the setup if you could?
"A custom-built setup, some box that would do it all. I would have it all smaller and lighter, with more effects and control. But seriously, this is what I do and love, the limitations with the kit mean I have to add my own way of making it talk. I wish they did the MPC1000 with eight outputs – it’s so silly with only four... that’s a real oversight. Or a new mini version of the XL." 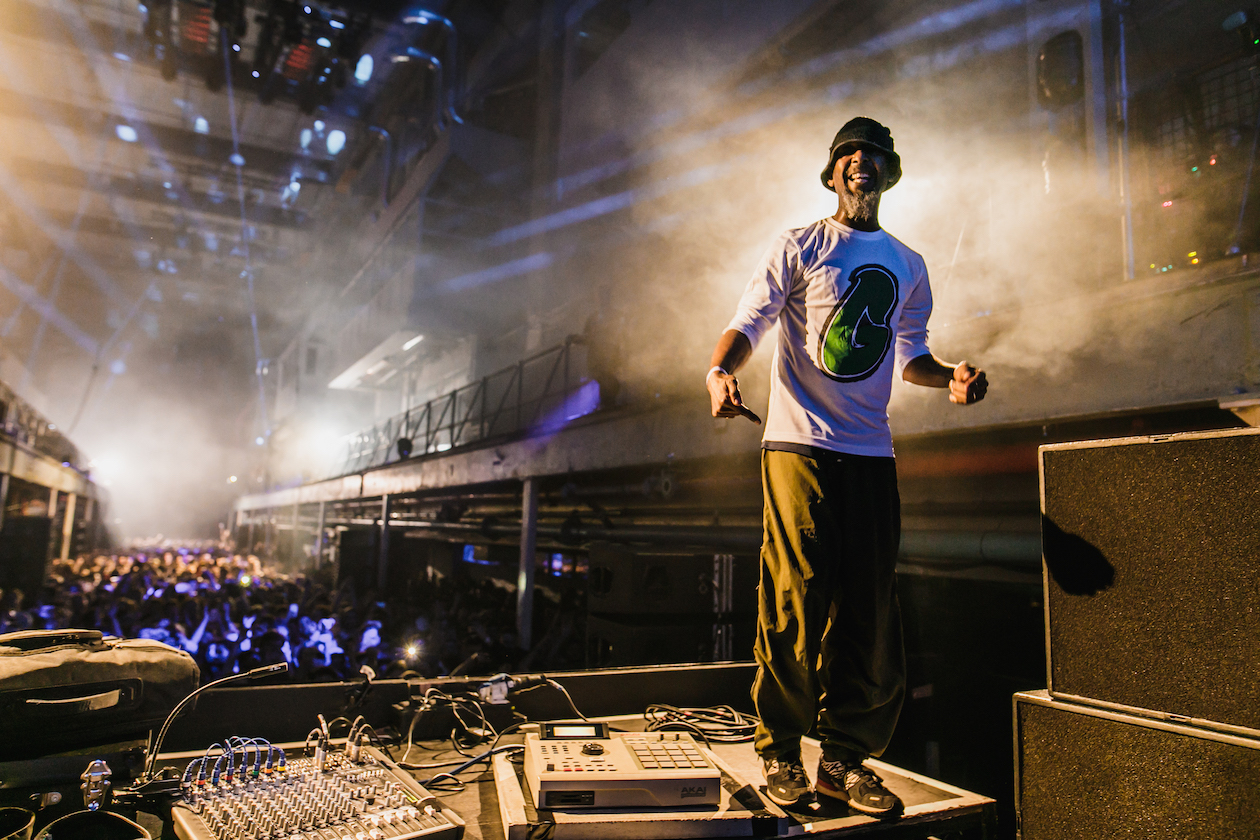 What do you think is behind the current rise in live electronic music, in both more artists playing live and more tech companies creating kit specifically for live?
"Artists getting seen and heard! I think the current rise in live acts is a way for artists to secure work. The DJ world is getting too busy and competitive. I hate to say it, but I think it’s just too easy to be a DJ - that’s just how I feel if I’m being honest. People can do what some do, they start to follow a DJ or producer, Shazam every track they play and then go and buy them from Discogs, learn to mix, get a social media page playing that person’s music, and promoters will hire that person versus the original because it’s only a few hundred quid...

"Which misses the point – it’s about what you want to put across: sound, vibe, mix!"
"I’m only as good as what the crowd put in me"

What are the creative limitations of playing live? Would you recommend alternating between DJing and live to keep things fresh?
"The limitations are down to bad production or not doing what’s on my rider regarding stage and monitors, getting the space, sound, lighting, all of the above right. When it’s spot-on – which is rare – there are no limitations and you get a special show! Sadly though, I spend way too much energy making compromises because it’s not correct or safe.

"Yes, I like to mix things up to keep things fresh, I do that musically. I step outside of my world all the time, that’s what keeps the energy there. It’s also limiting [because of] the number of shows, I only play 24 gigs a year, and that’s how I work – it’s about making sure it’s a great experience, the right show."

Does a dancefloor feel or appreciate the effort that goes into a ‘live’ set in your opinion?
"Definitely. Yeah for sure, the call and response is there. My thing is when I started writing social posts, I made it clear, I talked about the dialogue between the floor and me, so if I go somewhere I enjoy, I’ll tell people it was amazing because of this dialogue. Now the kids understand I need to hear them, so from the start and all the way through, you get 'Yo Mr. G', 'Hey, Mr.G' – other kids see that and start interacting. It’s not about me showing off on stage, I’m only as good as what the crowd put in me and if the feedback is great, then I’m all whistles and dancing, if not, then it’s very hard. The more prepared you are means you can make the floor whoop and get down - that’s all the appreciation I need! Thank you, job done, we are all happy! Although the reality can be very different if production isn’t right and tight." 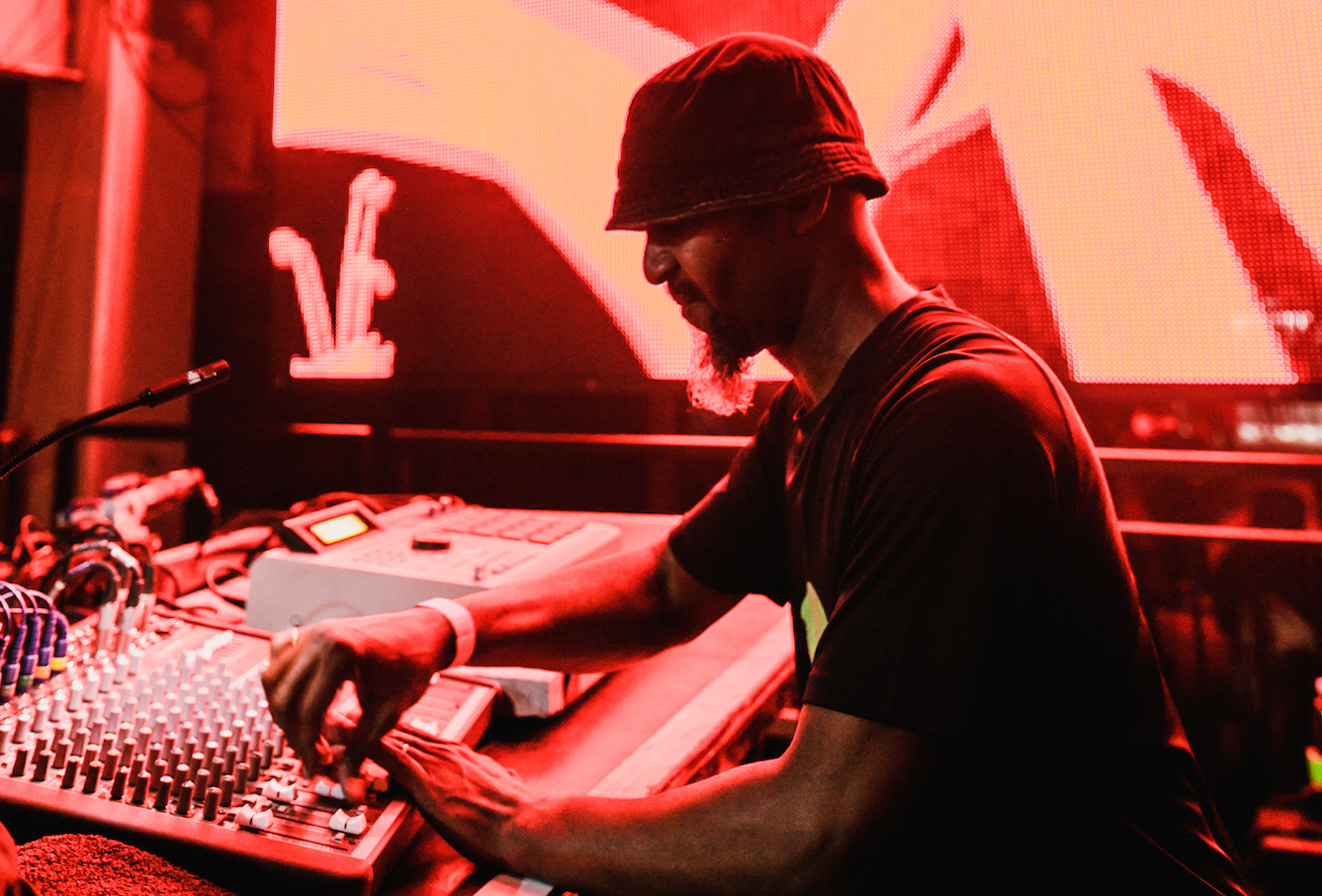 Have you ever been tempted to whip out a laptop and Ableton? Is there an argument for something like the MPC keeping you creative in its limitations?
"Analogue for life baby! I love that my MPC has got a mind of its own and is unpredictable... I’m about buttons and knobs not moving blocks... I need to feel the pad, the swing, and the groove. But hey each to their own – whatever works for you is fine as long as the quality is there.

"Cause at the end of the day, ya only as good as ya last wax, set and show."