Tiga is one of dance music’s most recognizable names thanks to over two decades of chart-topping productions, sell-out tours and high profile festival slots. DJ Mag caught up with the Canadian native over the phone to talk Turbo Recordings, the future of techno and what’s coming in 2019...

Canada’s Tiga has long been the king of irreverent cool, his ‘Sunglasses At Night’ style of electro-pop irony meshing effortlessly with an authentic house and techno mentality, and it’s a combo that’s taken him far. Further than you might think even, as he’s recently wrapped the 20-year celebrations for his Turbo Recordings imprint. It certainly doesn’t feel that long — a testament to Tiga’s ability to always feel current.

While his tenure began with early noughties crossover hits such as ‘Pleasure From The Bass’, featuring his own unmistakable quirky vocals, and situating him prominently in the ensuing electro-house explosion, a decade later, he was able to make a deft pivot into the techno underground, that was encapsulated in his 2013 smash with Audion, ‘Let’s Go Dancing’, arguably one of the biggest anthems of the past five years.

Every year, he’s been able to pull something of similar impact out of his hat. Witness his ‘HAL’ collaboration with Kölsch, that satiated the lust for bombastic melodic techno that developed among festival crowds this year; or his somewhat grittier ‘Blessed’ EP alongside the Martinez Brothers, which dropped at the end of 2018 (a collab he confirms has more to come). What’s more, anyone who’s been a longtime fan of Tiga will know he’s pretty good at talking. His infamous ‘World according to... Tiga’ panel at Amsterdam Dance Event a few years ago saw him discussing the ‘industrialization’ of the dance culture with equal parts insight and humor; so it’s welcome news he’s launching his own chat- show style podcast, and no surprise that he’s been able to recruit a tantalizing selection of guests such as Carl Cox, Annie Mac, Pete Tong, and Seth Troxler to chat alongside him.

With more news on the podcast promised shortly, we decided it was the perfect time to grab Tiga for a bit of a chinwag, while he was in the midst of his Turbo 20 Years shows... 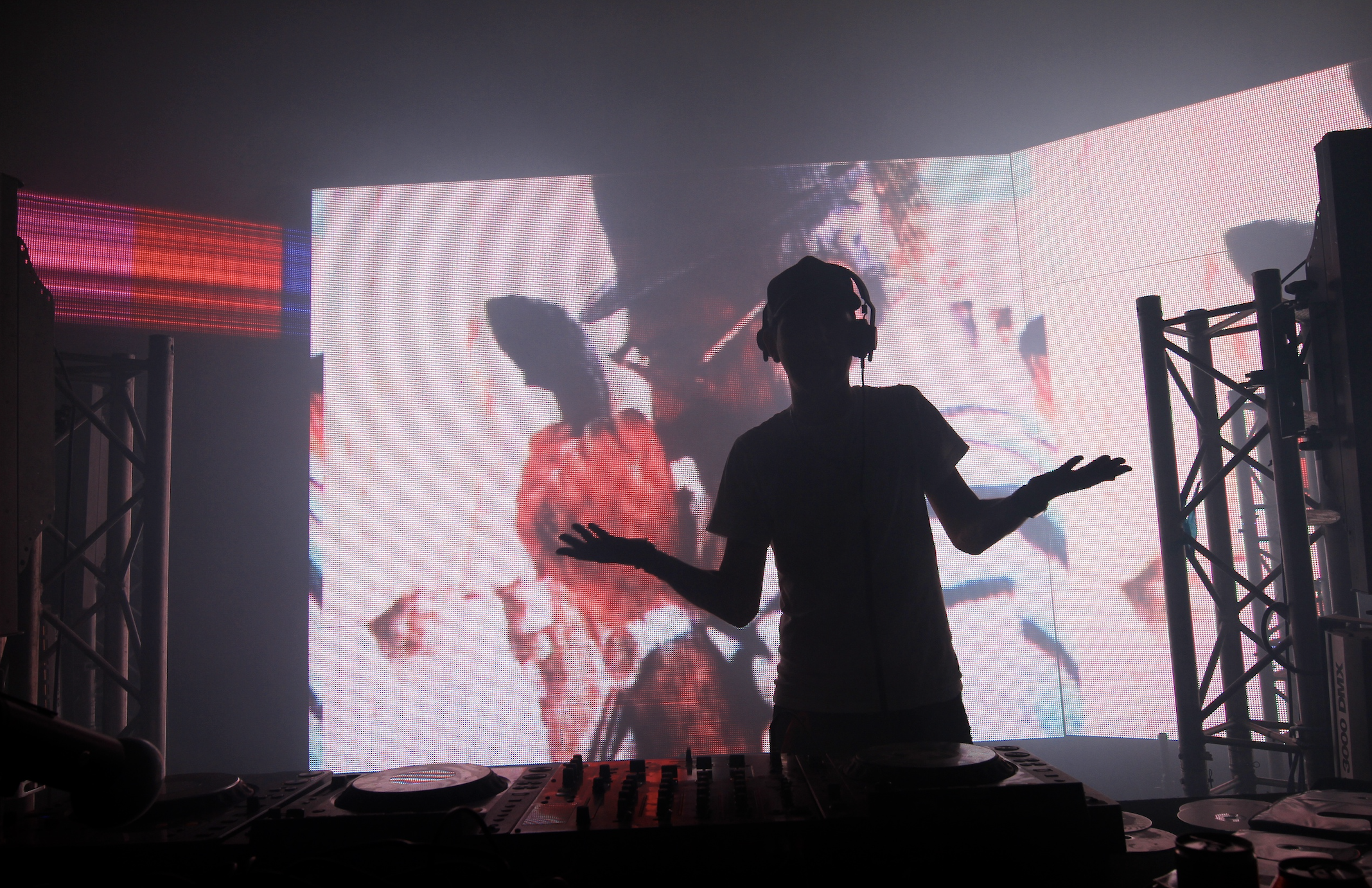 Congrats on the milestone! We remember chatting back when Turbo’s 15th birthday was nearing...
“I was looking through a few old photos recently, and I stumbled upon a 15th-anniversary party, which I’d pretty much forgotten was a thing. We threw a party in Montréal, and I think I made ‘Bugatti’ that that day — I played a super ghetto demo for the first time that very evening. I’m really happy about the label, though I’m not nostalgic, and almost to a fault. I don’t really look back. But this week I took a peek into the archives, and it’s pretty amazing. The sheer volume... hundreds and hundreds of releases, parties, flyers, photoshoots and videos. There’s times where you might consider stopping the label, but at this point, it’s a relationship that I’ve just committed blindly to. Once you’ve decided you’re gonna do it forever, the little adaptations and changes in the industry just become par for the course.”

“The album has become a bit of a dirty word. People have started to see things in very much business terms, so an album isn’t an obvious choice”

Are you taking a break once this run of shows is finished?
“Yeah, it’s the time of the year when you can see there’s ‘peace’ on the horizon. Particularly at the start of next year, as it’ll be pretty much the first time ever that I’m taking a proper break from touring, an entire two to three months off. To make music, to just get creative, and to get off the wheel for a little bit. The thing about touring is everything is always bookended. You’re always thinking about the next departure. You might be flying out in the morning, and then when you get home and you’re in the studio, you might be thinking, ‘I’ve gotta leave again on Wednesday’. There is a nice sense of urgency that comes with that, you always feel quite busy and there’s a lot of action. But I’m excited, and a little bit apprehensive, about the open expanse of time. I’m hoping it breeds a different type of work, less functional and more ‘See what happens’.”

I imagine that kind of touring schedule wouldn’t be conducive to creativity at times?
“It’s actually not. Particularly with how things have developed in dance music. It was always heavy on the touring, while regular music was a bit more cyclical, as you might tour an album and then take a break. Electronic music never really followed that, and I think it’s gotten worse. Now it seems like people make the minimum amount of music, as a calling card, just to keep the touring rolling indefinitely.”

So instead of being an artistic expression of yourself, it’s a marketing tool...
“Exactly. And I don’t even think it’s deliberately so cynical, it’s just the headspace you’re in. You have two days in the studio, you wanna get something finished, and you want a sense of completion. A functional track makes sense, and it’s a little harder to get a bit more deep into it. And I think it’s dangerous, as it becomes addictive, and this is because it’s easier, in terms of the real challenges you set yourself.”

Can you see an album coming out of this?
“I can definitely see an album coming out of this. Though it’s funny, in the circles that I run in, the album has become a bit of a dirty word. People almost frown on it, it’s seen as a bit backward. Everything we said about functionality, an album sorta runs in the different direction. It’s a lot of work. People have started to see things in very much business terms, so an album isn’t an obvious choice.”

Tell us a bit more about this podcast that’s on the horizon...
“Considering how big DJing is, and how big dance culture has become, there isn’t that much actual discussion of the craft and the psychology behind it. And because I’m not a journalist, rather I’m a peer, it means we can get into some real territory pretty quickly. It’s classic interview style, I haven’t settled on a schedule yet, but I think it’ll be monthly. And a lot of the motivation behind it is actually selfish, in terms of having questions that I’m curious about. Things that I want to know from my peer, as a fan and a fellow DJ. I want to know, why does Carl Cox still have a giant smile on his face when he DJs?” 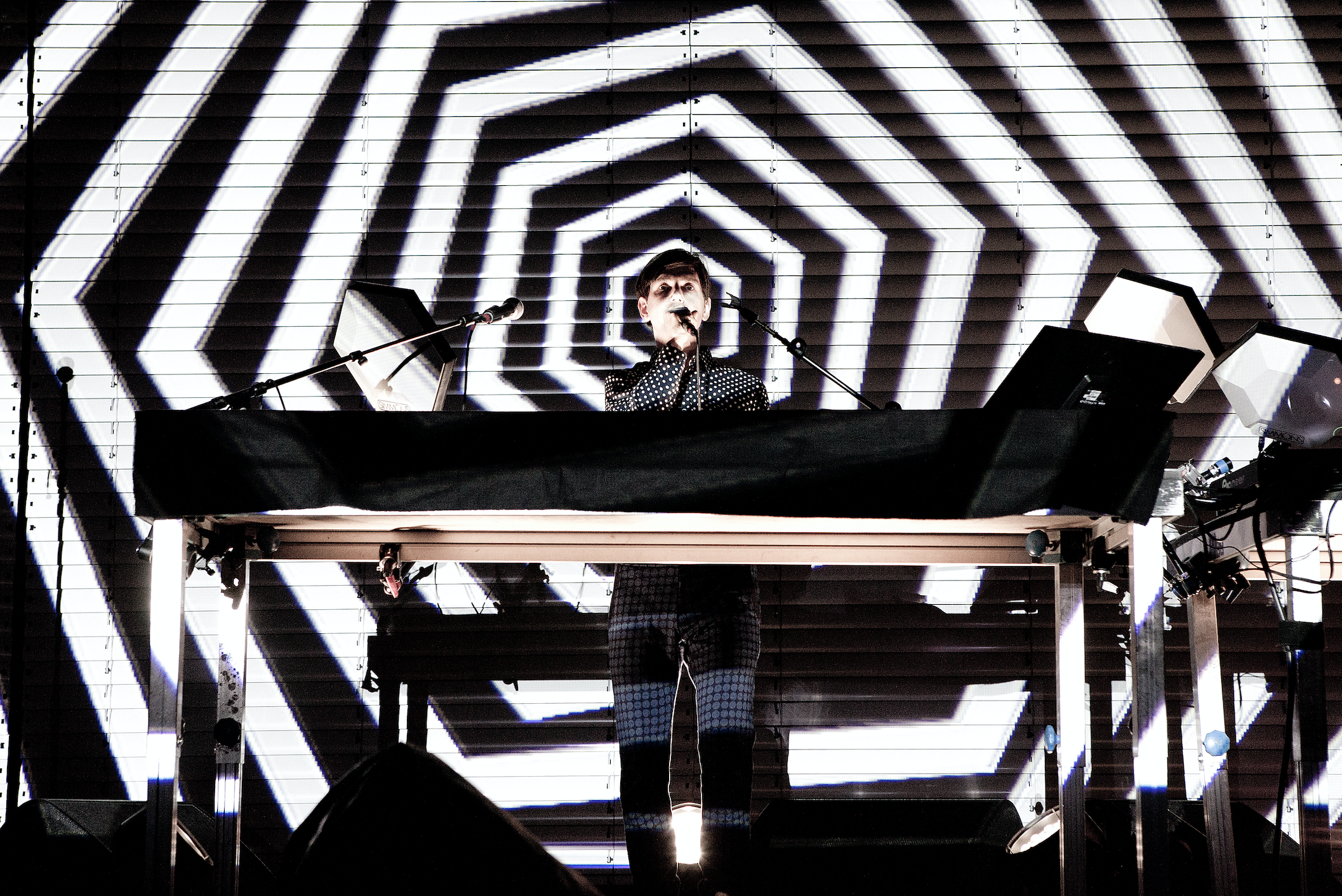 Back when you hosted that infamous ADE panel, the commercialization of dance culture and EDM was this huge existential crisis. Since then, house and techno have exploded...
“It was like a giant storm at the time. But I think it was predictable what happened. If EDM sucks in 100 kids, maybe 40 or so of those kids might start to look what else is out there? And they’re gonna look to techno, they’re gonna look to house. Personally, I never felt the existential crisis with EDM, because it was a very different energy. It was like a cartoon version of things, and I don’t mean that in a bad way. It was just different. I didn’t feel it was really competing with anything we were doing directly. I remember disagreeing with Seth Troxler on this one, he had a much more antagonistic ‘us vs them’ take on things. I think there’s a much bigger existential crisis now, in terms of the ‘underground’ scene, or tech-house, which is so massive now, that’s a little stranger. It’s billed as something underground, but at the same time, it can be quite conservative and formatted in a way to me that is very much opposed to the spirit of techno. EDM wasn’t billed as anything other than what it was, in that sense, it was very honest.

”I think there’s a much bigger existential crisis now, in terms of the ‘underground’ scene, or tech-house, which is so massive now, that’s a little stranger. It’s billed as something underground, but at the same time, it can be quite conservative and formatted in a way to me that is very much opposed to the spirit of techno. EDM wasn’t billed as anything other than what it was, in that sense it was very honest.”

Your EP ‘Blessed Part 1’ with the Martinez Brothers arrived recently. I’m sure that’s been doing well for you...
“I’m really happy with it, it’s everything that I like in a record. It’s collaborative, and it’s also very sincere. There’s zero cynicism, it’s really just friends making tracks. It doesn’t fit into a style necessarily. It doesn’t sound like a Martinez Brothers record or like a Tiga record, it’s really like a hybrid, and we just had a lot of fun doing it. There will be a remix package out early next year, and it’s got some incredible remixes lined up, from Ricardo Villalobos as well as Virgil Abloh, and there’s one other that I can’t say yet, but it’s massive. And then in January, we’ll probably be back in the studio together again to make a follow-up EP.”

Does it sound like that’s a partnership you want to do more with?
“I think the Martinez Brothers are incredible, they’ve pretty much got limitless potential, and they remind me of what I always loved about DJing when I was super young a certain open-mindedness and excitement. We have some pretty big plans, and there’s a hit there waiting to be made. That passion is still the goal for me. As your career develops, it becomes a little trickier to keep that focus, just because there are more things happening. That little delicate thing at the core is making something that blows your mind, and it can get a little lost if you’re not careful. Working with them, it’s not been a problem. We’re just a bunch of kids with a drum machine seeing who can make the dopest beats."

*Tiga and the Martinez Brothers’ ‘Blessed Part 1’ EP is out now.