From B-Boy to DJ: Boca 45 draws on funk breaks for his new album, 'Forty Five' | DJMag.com Skip to main content

From B-Boy to DJ: Boca 45 draws on funk breaks for his new album, 'Forty Five'

Bristol beat-maker Boca 45's new album is dedicated to his love of funk and soul. DJ Mag finds out how collaboration shapes his sound

“The tent was rammed halfway through my set - they wouldn’t let anybody in, so I must have done something right,” beams funk aficionado Boca 45, a few days after his set at Glastonbury. It’s unsurprising that he had such a full crowd: mixing across genre boundaries, his set was a hardcore cross-section of funk, soul, and hip-hop breaks; beats that are the foundation for so many dance music genres, as well as being essential sounds in their own right.

“45s are to the point,” he says of his undying love for the vinyl format. “They don’t play more than three-and-a-half minutes, so don’t have much musical fat on them.”

As a B-Boy who grew up in Bristol, during hip-hop’s first wave, Boca 45 took inspiration ftom his friends in groups like Massive Attack (then The Wild Bunch) and Portishead, who went on to enjoy great success. He felt validated for having spent all his pocket money on singles at Woolworths, and Kays Records in Brislington, as a seven-year-old. Later, he worked in Purple Penguin Records, which he says was a “huge early lesson” in understanding what makes a good record.

“I also like organic music,” explains the 45-year-old selector, of his love for these drum-led sounds. “I like the imperfections, the push-and-pull stuff that is a little bit off.”

As such, you can expect to hear anything from ’60s psych to Latin, dub to ska, rock to pop, as well as funk and soul sounds in his energetic mixes. “I’m always listening to the beat,” he says.

His latest album is a rich melting pot of sounds, styles, and scenes. Entitled ‘Forty Five’, as an homage to the 7-inch records he’s dedicated his life to, it’s such an authentic record that it was snapped up for release by the influential Mass Appeal, home to the likes of DJ Shadow and Nas, as soon as they heard it. The album tells the life story of Hendy across 12 tracks. It features friends and guests like Geoff Barrow and Billy Fuller from Beak, film composer Ben Salisbury, Kasabian’s Sergio Pizzorno, New York MC Emskee, New Zealand soul singer Louis Baker, and his Malachai bandmate, Gee. Tracks range from dark boom bap to bone crunching breaks, and plenty in between. They’re all drawn from Hendy’s 45 years on planet Earth, and put together with the aim of flowing like one of his famously quickfire and subversive, yet coherent, DJ sets.

“It’s kind of like a musical biography, and an honest statement of where I’m at right now,” says Hendy, who has released a number of albums and mixtapes on Ninja Tune, Solid Steel, and Island over the last 20 years.

“I collaborated on [‘Forty Five’] with lots of people that I’ve worked with closely over the years,” he says. “I wasn’t trying to hire the new hot singer or MC just for the sake of looking cool. My twin sons even made the logo for the record, so it was a proper family affair.” The album has a certain old school feel, harking back to a golden era of beats and breaks, and Hendy doesn’t apologise for that. 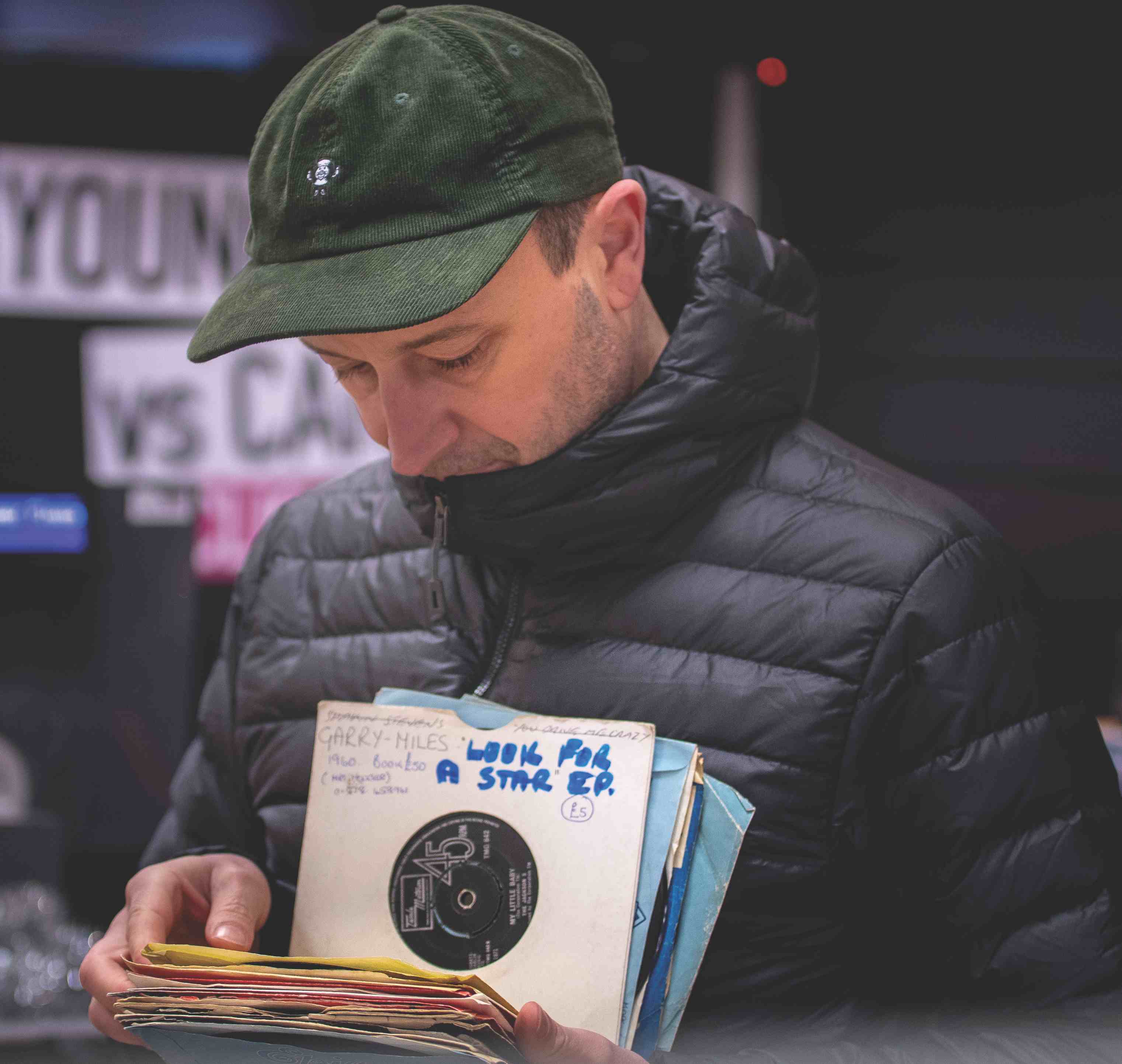 “I’m certainly not trying to tick a box in terms of trying to be too careful [about] how I sound,” Hendy says. “I just want to be as honest as possible on all fronts - to present what I hear in my head, and use pretty much the same process that I always have.” Relying heavily on samplers, drum machines, and synths, while adding live instrumentation to the pot, collaboration has always been key to Hendy’s work. Each time he works with another artist, he approaches it differently. Sometimes he knows what horn riff or vocal idea he’s looking for. Other times, he just encourages people to jam. The track ‘Bryan Munich Theme’ is the result of him and five, Monday night football league mates eating pizza, sinking a few beers, and messing around in the studio for a few hours.

“It’s like that experiment when you pass a picture around after drawing a line, and it turns into something quite quickly,” he says. “I’m not musically trained. If I’ve played a rough bassline, and pass it to my mate Billy, I know that he’ll be able to play it with much more style and panache [than me]. I also like the way that you can pass music around the internet now. It’s not like the old days, when you had to send DATs or minidiscs in the post.” 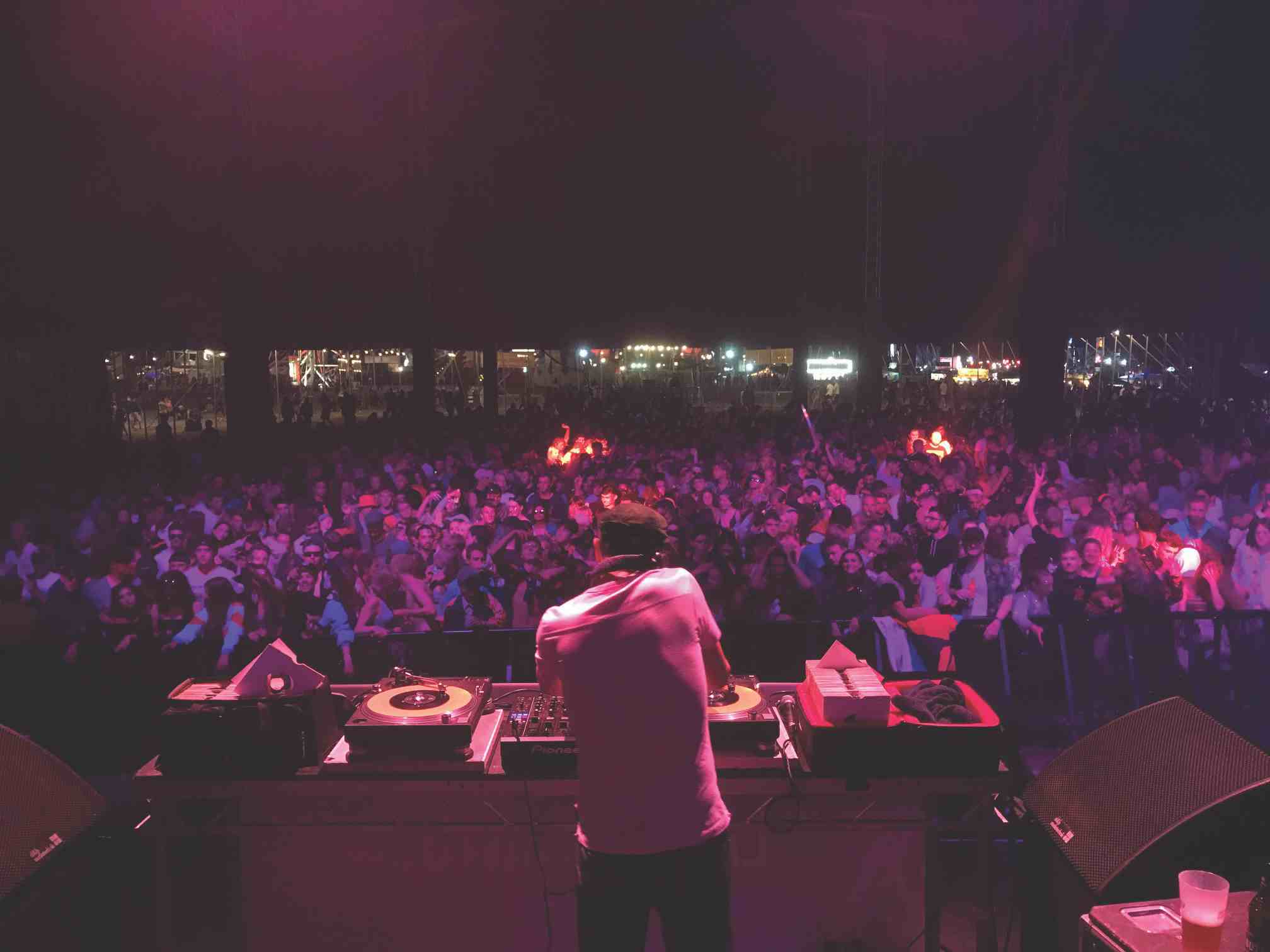 Hendy is mindful of the fact that a good sense of humour is always “best to have.” That certainly plays out on the album. On one track, Serge performs the ‘Toilet Duck’ rap, and there‘s another track that shouts out West Country scarecrow hero, Worzel Gummidge. After a brief mention of the “politically appalling” state of the world right now, referencing Trump and Brexit, Hendy admits that politics are always on his mind, but he prefers not to be too preachy in the music he makes.

He is, however, a go-to DJ for the UK’s most famous street artist. Banksy personally requested that Boca 45 play tracks from his new album at the 2015 opening of the temporary art project Dismaland, in the seaside resort of Weston-Super-Mare. Hendy remembers it as “a great experience” - partly because he got to see all the “quality” work on show before anyone else.

It is now his own quality work on show on ‘Forty Five’ - and we can’t get enough of it.

Want more of that funk and soul? Listen to British DJ Ruf Dug's groovy mix for our On Cue series here