Lakker’s ‘Época’ is painfully current. Six months after its release on R&S, its dystopian atmosphere, ferocious rhythms and foreboding melodies feel like an increasingly apt companion to the global socio-political maelstrom.

More generally, the album – Eomac and Arad’s fourth as a duo – was written with their individual interest in herd dynamics and flock patterns in mind. Reflections on how socio-political movements occur and expand are transmitted through intricate track structures, and in the shadowy vocals of Eileen Carpio and, for the first time, Lakker themselves. Explosive noise and quaking electronics are embellished with organic samples of violin, guitar and the Irish bodhrán drum, as well as phone recordings of family gatherings in Dublin, and dance music from 1970s Jaipur. It all lends to a profound sense of urgency, of space and thematic density – even if the duo consider this their pop album.

“One thing that has revealed itself is the difference between people’s perceptions of the music versus our own,” Eomac explains. “We had seen this as our most accessible record, even a bit ‘pop’ with the vocal tracks and stronger melodic elements. But many people have said to us that it’s our most obscure and dense record!”

“Your perception of your music and other ideas about it are always fascinating,” Arad agrees. “I really enjoyed trying to capture certain sounds and aesthetics we had been talking about and then giving the music some space and time. When you come back to it after a break it's always interesting to hear new things you had missed the first time.” 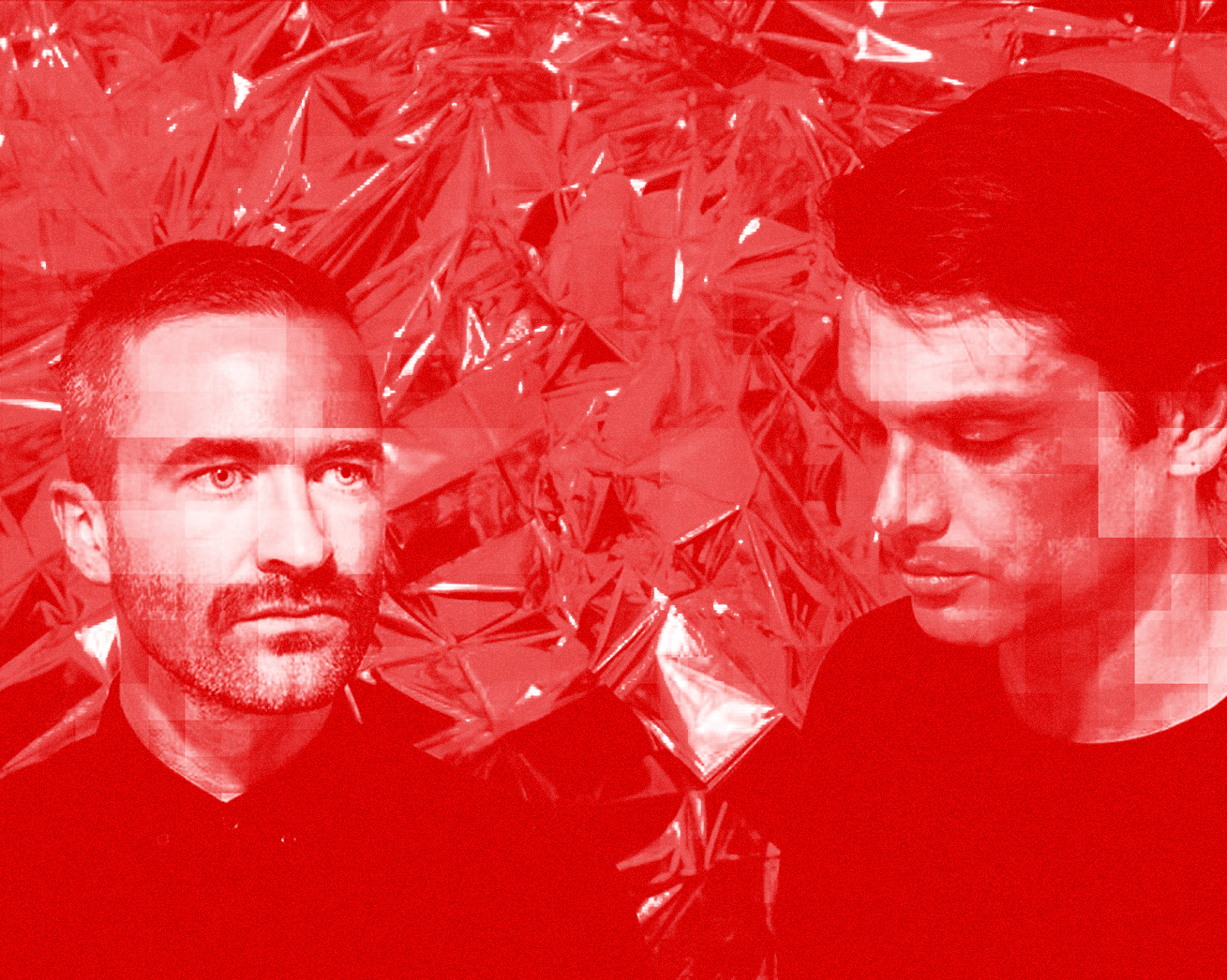 The album was recorded after a brief hiatus, during which the pair worked on their own solo projects. The time apart would prove stimulating, and when they regrouped to make an album together in a studio for the first time, instead of exchanging ideas remotely, they found themselves making their most ambitious music to date.

​"I think there was an immediacy that comes from being in the studio,” Eomac says. “Making decisions quickly and not being too precious about it. Separately there is more time to think, which can be a positive or a negative! But for this record it worked well to be in the studio, going with what we were feeling and quickly getting rid of ideas that were not going anywhere. I think this approach affected both the sonic elements and the overall concept - we didn’t overthink it, we let the ideas guide us as a framework without ever trying to be literal or overly conceptual. We could chat about things during studio down time, then just let it flow again musically when we went back in.”

“Lyrically,” Arad adds. “I generally have a one powerful image that lodges itself in my head and I spend time trying my best to capture it, not just by visually describing it but also trying to unpack the gut feelings behind it. Like when you have a dream and sometimes it’s visually simple but you often wake up with a strong gut feeling or lasting emotion from it.”

‘Época’’s cover art, designed by Arad, is striking. Its bright, layered textures and jagged form pair perfectly with the balance of sombre reflection and rabid intensity at play within the record. Looking at it, you’d never believe that it’s made up of 3D scans the pair’s heads, rendered from different angles and combined into an abstract shape.

“For me everything we write that we’re happy with and proud off will always come with a visual element attached to it in my mind,” Arad explains. “I felt a lot of ‘Época’ had a mixture between organic shapes and personal stories and also had a golden metal sheen to it.I really like the idea of gold as a metaphor for where this album came from and some of the topics we were interested in. Gold is so permeated into our culture and has so many uses and meanings that it seemed like the perfect material to visually represent this work.

“We have a new live AV show as well that delves deeper into this visual idea,” he adds. “linking ‘Época’ back to our previous albums combined with a dynamic, fluid, visual landscape generated live in real time with the software TOUCHDESIGNER.”