On Cue is our flagship mix series, celebrating the pivotal DJs and producers whose influence has shaped the world of electronic music, both in their local scenes and beyond. This week, DJ Mag deputy editor Ben Hindle talks to drum & bass legend DJ Flight about her crucial work on radio, racial inequality and rediscovering her inspiration. She also steps up with a 75-minute mix of impeccable d&b

DJ Flight is one of the most respected figures in drum & bass, but also, paradoxically, one of its most unsung heroes. While the trailblazing acts of the early ‘90s are talked about time and time again (and no slight to them), her work at the end of the decade and throughout the 2000s is mentioned far less often, her name rarely appearing in headline slots. By her own admission, she’s never been one to chase the limelight, but through her passion for bringing the genre to a more global audience via radio shows and touring, weaving together the ever-more fragmented strains of the sound — from liquid funk to halftime and Amen-driven weapons — and championing new artists, she influenced a whole second wave of d&b artists.

Some history: Flight’s own is intrinsically linked to radio. Inspired to take up DJing after seeing pioneering duo Kemistry & Storm perform in the mid-’90s, just a few months later she could be heard mixing on then-pirate station, Flex FM. Working at a record shop by Clapham Junction in South London, a colleague and crate-digger, Reflex (now known as Due Diligence), encouraged her to join him on the graveyard shift, and after some initial hesitation about not being ready, Flight became a regular on the airwaves.

In ‘99, she was invited by Kemistry, Storm and Goldie to join the roster of their genre-leading Metalheadz imprint, becoming a resident at the label’s parties at Camden club Dingwalls, in turn leading to another resident gig the following year — this time for Fabio at his Swerve parties.

Fast-forward to 2002 and when the BBC decided to launch new station Radio 1Xtra, Flight was brought in to host as part of the drum & bass programming. Her show, The Next Chapter, became staple listening for any self-respecting d&b head, and forced Flight to step into the spotlight more as a presenter and interviewer — something she’d shied away from before.

“It’s just something that I’ve done for a long time and I’ve enjoyed a lot. It just feels like it’s part of me,” says Flight, when we ask about what’s kept her so enamoured with radio. “Ultimately, it’s the sharing of music and the connection with people, wherever they are around the world, and just spreading the love of drum & bass.”

Flight’s run on 1Xtra came to an end in 2007. Lost in the wilderness somewhat, she was working at Blackmarket Records in Soho, but her bookings had declined and, she says, “it was getting to the point where I financially and mentally had to do something else.” Joining pirate station Rinse FM as it was preparing to submit an application to become a legitimate broadcaster, Flight relaunched The Next Chapter, but also began to work behind the scenes as a broadcast assistant, with a hope to move into a producer role. Her wish was realised about a year later, when she spotted a job with the Prison Radio Association (PRA), a long-running station which had recently become a charity, aiming to rehabilitate offenders through the power of radio. “It sounded interesting but different to anything I’d done before,” recalls Flight. “It was just an interning thing at first, and I was like, ‘Ok, that might do me for a while, might be interesting and I’ll be able to get my teeth into producing and learn the ropes properly’... Six years later, I’m still there!” she laughs. 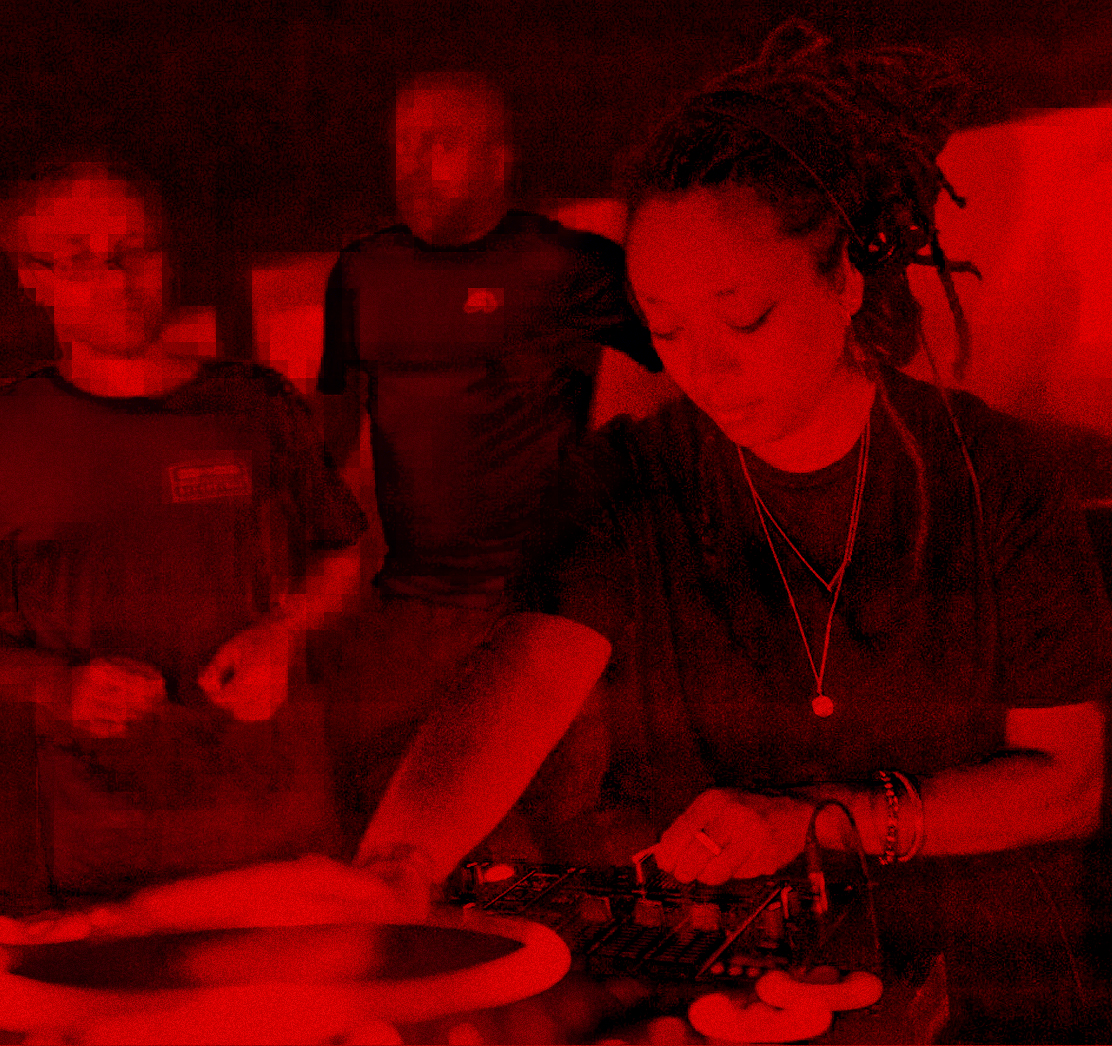 Now a producer at a studio operating out of HMP Brixton in London — with a second setup at women’s prison HMP Styal, near Manchester — Flight manages a small team of prisoners, broadcasting to 109 establishments across the country. She tells us her ability as a radio presenter and producer has improved “tenfold”, but, of course, it’s not her personal growth that’s the most rewarding part of the job. “We’ve had a pretty good record so far of people working for us, leaving and not coming back,” she says, noting a few who’ve even gone on to work within the media, including one who’s since done some presenting for BBC Radio 4.

Flight explains how, though she was initially just after a job, “once I got in there and started working there for a while, and saw exactly how the prison system operates and who’s affected by it more, it felt like I needed to stay there. Not just in terms of sharing my knowledge and experience, but in terms of the people who are sent to prison more.”

Official figures from the government’s UK Prison Population Statistics paper published in 2019 report an even higher disparity when looking at the number of overall non-white offenders, with a shocking 27% of the prison population identifying as an ethnic minority, compared to just 13% of the general population.

Flight says the problem is even worse among youngsters. “So, I’ve just got this in the back of my mind all the time, and I just think if I and my colleagues can make a bit of a difference in here, hopefully they can take that out and not come back to prison.”

She points out that “people that go to prison are just forgotten about, but most of us are not that far from making a wrong decision and ending up in prison ourselves”. And says that despite the sometimes stressful, oppressive environment “the work at the end of the day is what it’s about. Just trying to guide people in the right way, show them that they are more than they’ve been told they are.”

The PRA isn’t Flight’s only philanthropic pursuit either. An outspoken, conscientious person, she often takes to Twitter to comment on injustices inside and out of the music industry, and is directly tackling some of them through her work with EQ50, a collective of women addressing the lack of diversity in drum & bass. The group has held two sessions so far — at Five Miles and Fabric in London — at the second of which, Flight hosted a panel about being a woman of colour in the industry, with MC Chickaboo, Robyn Chaos and Sherelle joining her. “Our panel was cool,” says Flight, her voice swelling with pride. “We spoke for longer than we should have — we could have gone on for at least another hour.” The plan is to publish the audio from the discussion online and follow it up with a second panel in the near future. “It’s something that hasn’t been spoken about in drum & bass and jungle before, even the wider dance music scene, I guess. There’s a lot of talk about the gender imbalance, but not enough people are talking about the race and ethnicity imbalance as well at the same time.”

Flight explains how, while there’s been representation behind the scenes since the beginning, we need to be asking more questions about why more women of colour haven’t been allowed to come to the forefront in terms of DJing and production.

We ask whether Flight feels encouraged by the rise of artists like Sherelle and Fauzia, who play a wide spectrum of styles, but have become best known for their raucous sets of jungle and 160bpm heaters. She does, naturally, and broadens the conversation out to say how impressed she is with the pair’s cohorts Yazzus, Jossy Mitsu, L U C Y and Dobby — collectively known as 6 Figure Gang — too. “I think they’re all really cool, they’re great, and I think with them doing what they’re doing they will attract more young black and brown women to the scene, and more women in general. It’s just a shame that there hasn’t been as much support in drum & bass proper for us.” 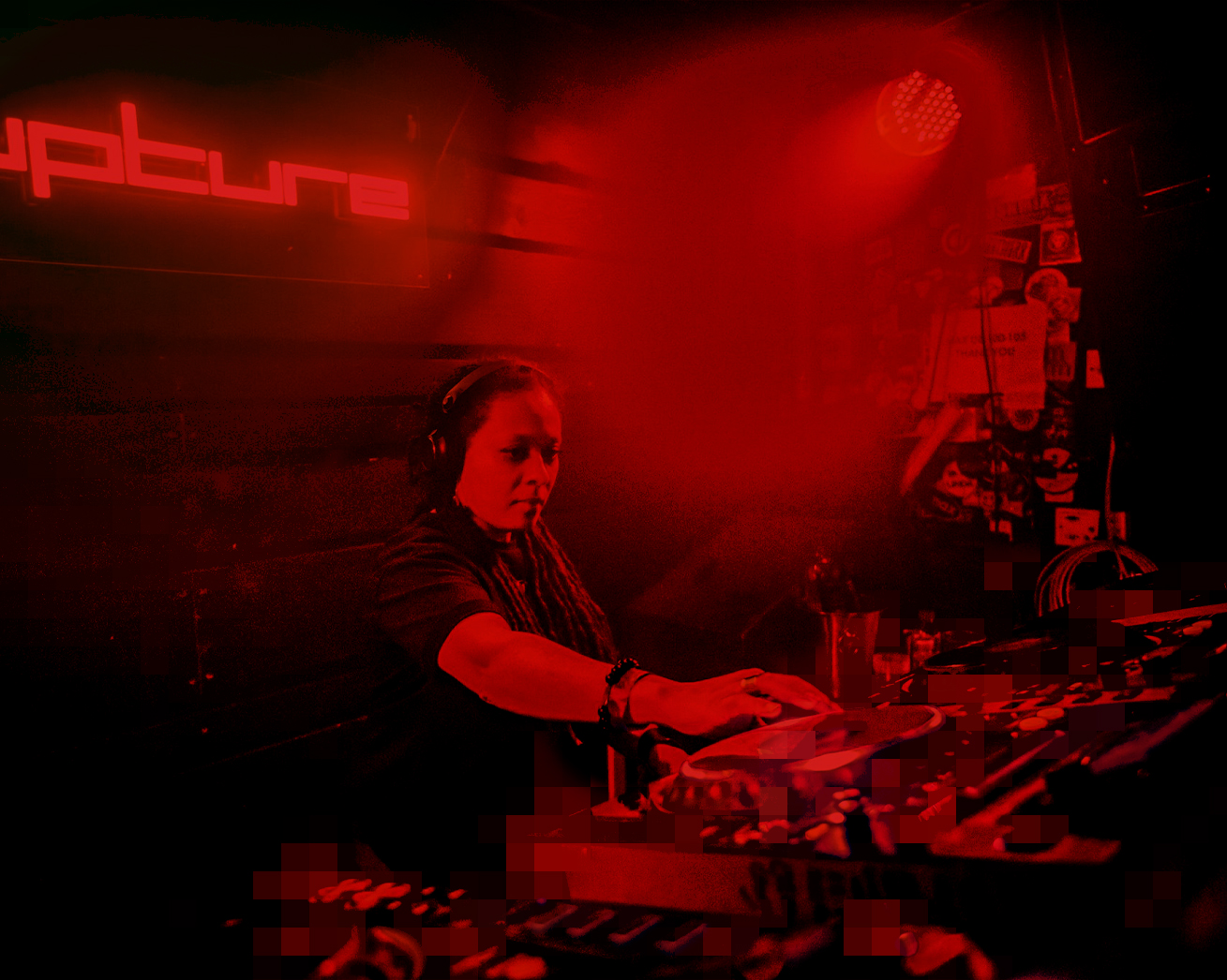 She goes on to name a couple more young upstarts to keep an eye out for: DJ AMA, a Bournemouth-based DJ who’s just delivered the latest edition of the EQ50 mix series and is getting booked for the likes of Outlook and Boomtown, and Sheba Q, a passionate junglist who puts on her own events at the Ritzy Cinema in Brixton.

Radio itself has become a key platform for young women of colour, with stations such as Reprezent and NTS showcasing particularly diverse rosters. “But then again that needs to translate into club bookings,” Flight points out, adding a top tip: “You can treat [radio] as a gig as well. I learnt that from Kemistry and Storm... You play to the best of your ability with the best music that you can find.”

Flight mentions how starting a label can work too and talks about how her own label Play:musik was designed to promote new and lesser-known talent. The label started in 2005 with the debut EP from a certain Dutchman named Martyn, but sadly folded in 2010. Recently, she’s been considering bringing it back, and even has some collaborative material with Metalheadz duo Battery — also known as Craggz & Parallel — ready to release (you can hear a sneak peak in this On Cue mix). At the moment it’s the business side holding her back — “if there was someone who wanted to pretty much run it for me, I’d be open to that” — along with her work with the PRA and an increasingly busy gig schedule.

That last point is something we’ve noticed too; after a few years on the quiet side, Flight seems to be appearing on line-ups left, right and centre, including several appearances at Calibre’s ongoing XOYO residency. She explains how she’s suffered with health issues, forcing her to take long periods away from work. “I really had to take my foot off the pedal and just take a step back from everything, so I stopped doing my podcast for a while, haven’t properly got back to it yet, and wasn’t really playing out that much,” she recalls.

Thankfully, Flight is now well on the road to recovery, and what’s more, is feeling really positive: “When I started feeling better, got involved with EQ50, that completely inspired me, working with a great bunch of women. I love them all, they’re all brilliant in their own ways at different things, and yeah, I’ve just been feeling inspired again. There’s some good music around and it just felt like if I didn’t make a last go of things... like I’ve still got something to offer, so I thought let me just work really hard, try and push my name back out there, do plenty of guest spots on radio, get back to my own podcast eventually, and just see what happens. And,” she says with a laugh, “it’s worked!”

Want more mixes in the 160 BPM sphere? Check out our Freh Kicks mixs with Sherelle from last year and our recent On Cue with Om Unit