On Cue is our flagship mix series, celebrating the pivotal DJs and producers whose influence has shaped the world of electronic music, both in their local scenes and beyond. This week, DJ Mag deputy editor Ben Hindle chats to Bristol-based Cosmic Bridge boss, Om Unit, who leads an 80-minute excursion through warped, dusty drum & bass and hype 160 sonics...

“Om Unit was never supposed to be a jungle or a drum & bass project, as such,” Jim Coles, the man behind the moniker, tells DJ Mag down the phone from his base in Bristol. “It’s sort of veered that way over time, after I did the Metalheadz stuff, which was originally supposed to be a homage to music I’m a fan of, as opposed to wanting to get on board... It’s not always the most comfortable description for me, but then I just don’t over think it all really,” he laughs. “I don’t take it too seriously.”

This admittance and the ability to shrug it off are indicative of the down to earth soul Coles is, but no one could blame him for being a bit miffed with the d&b tag. It’s a lazy description for an artist who’s dabbled in everything from hip-hop to dubstep to footwork, and, within the drum & bass sphere itself, played with junglistic, halftime, autonomic and dubbed-out forms.

His debut album ‘Threads’, released on Civil Music in 2013, was a masterpiece of gloopy low-end and punchy percussion, while 2017 follow-up ‘Self’ (on Coles’ own Cosmic Bridge label) brought a more contemplative, sparse and comfortingly fuzzy feel. Then there’s the murky, stifled aggression of his three-part ‘Torchlight’ series, and his jittering take on the classic Headz vibe, ‘Inversion’.

Along the way, Coles has developed a few aliases with which to explore certain interests more thoroughly. In 2011, under the moniker Phillip D Kick he offered up off a trio of footwork edit EPs that saw heavy rotation in a UK scene becoming ever-more obsessed with the Chicago sound. Last year saw the alias graduate to its first release of fully original productions, the hyperactive, acid-flecked, super-fun-time ‘Pathways’ EP, dropped via Fracture’s Astrophonica label. 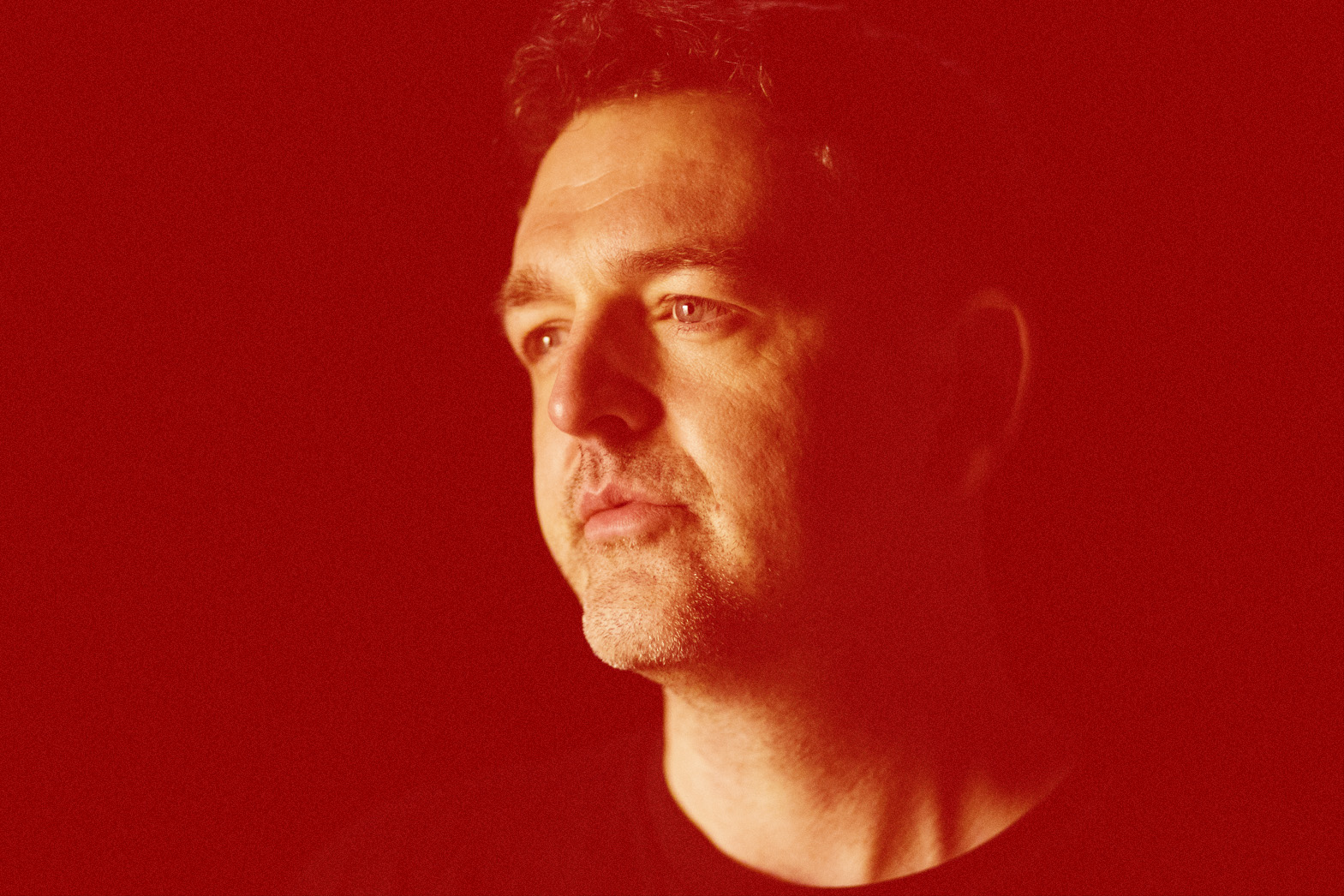 Later in 2018, Coles introduced Mahakala, an outlet to keep his jungle cravings sated. Launched via a live streamed DJ Mag Bunker party, in which Coles systematically dismantled the dancefloor with savage break-led combinations, the first Mahakala release came in October as two tracks: unadulterated slammer ‘The Exodus’ and the more subdued, smoky vibes of ‘Desert Road’.

“The plan is to do a trilogy,” reveals Coles, explaining that three feels like a “solid number”, a “good... kind of shape”. Named for a Tibetan deity, Coles explains Mahakala represents “the ruthlessness of time [and] protects what’s known as the Dharma, which is one of the basic precepts of Buddhism. It’s kind of a long story but there’s three colours, there’s black, red and white, so the first one was black, the second one is going to be red and the third one’s gonna be white.” Fans won’t have to wait long for that red installment either, as Coles says it’s prepped and ready to drop in the next month or so.

We wonder whether Coles makes a conscious switch between the mindset of different alias when in the studio... “Yeah I do really walk in the studio and go, ‘This is what I’m doing today, this is Mahakala’, but it’s just based on how I feel,” he replies. “When I did the Philip D Kick [now spelt with one ‘l’] EP for Astrophonica, I very specifically, deliberately was like, ‘Right it’s time for new Phil, and it was like five tracks... they all came together super fast and the whole thing from start to finish was about three weeks. That’s sort of the best result I think. And the Mahakala stuff’s sort of similar I think; it’s a little more cerebral cos it’s quite techy — there’s lots of drum chopping and editing involved.

“It’s really just a reflection of time management,” he continues. "We have to, as artists, have structure, self-imposed or sometimes imposed by management or whatever. I think it’s good to have that, I suppose, clear sense of discipline; especially when you do have aliases, cos it can all run away and get a bit in parallel.”

Coles' most recent delivery was his ‘Violet’ EP, a hazy world of lumbering dub bass and sporadic drum work centred around the 160bpm mark. It’s a tempo Coles is no stranger to, and the style he says interests him most at the moment: “That’s kind of what I’m exploring now, which is a little slower, and yeah, I’m inspired. I think there’s certain people out in the field doing stuff that is... sometimes it’s definitely referencing the retro side of it, so looking at jungle and early hardcore, but there’s people that are pushing the boat out and trying different formulas.”

Coles gives particular props to Fracture and Lewis James. The latter, a long-term friend, Coles (rightly) describes as an “incredible sound designer”, adding “It’s nice to see him come out and really flourish.”

For a deeper look into what’s making Coles tick, his On Cue mix couldn’t provide a better lens. Veering from a wonky DJ Stingray cut, through tracks from the two aforementioned producers, Coco Bryce’s hazy jungle, Bop’s twinkling microfunk, work by each of his own aliases, and finishing on the cerebral ambience of Leftfield’s ‘Melt’, it’s a shining example of Coles’ discerning taste and the keen DJing skill he developed in his previous life as DMC-competing turntablist 2Tall.

“This is more stuff that I’ve been playing out in the club recently; some new forthcoming bits on Astrophonica and Cosmic Bridge, obviously, but point being its trying to draw some parallels between a few different types of music,” says Coles. “I think it came together really well and there’s a strong thread throughout, continued experimentation, 160bpm-plus... It’s been one of the best mixes I think I’ve done for a while and the most honest representation of the kind of stuff I’m playing out at the moment, so I hope people enjoy.”

With a five-hour, all-night-long gig coming up this Friday (5th July) — playing XOYO’s room two for the launch of Calibre’s new 13-week residency — it’s also the perfect apéritif for what’s set to be a true journey of a set. 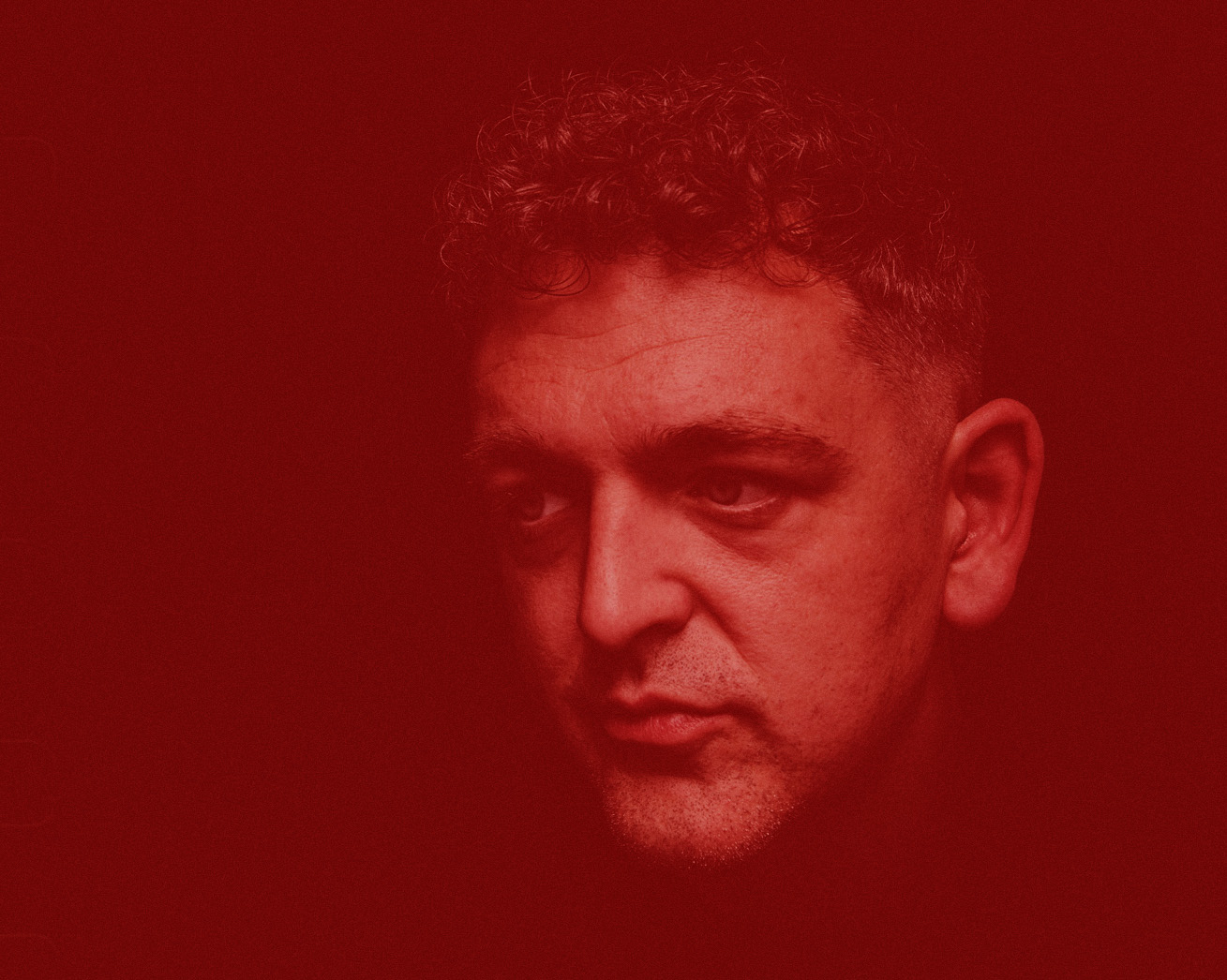 “It allows us to free up Cosmic Bridge a little more,” Coles says about differentiating the different sounds of the label, a trick he’s admired in labels like drum & bass staple Renegade Hardware. “We have another Earthbase later in the year; I can’t say who it is yet but it’s more of that kind of... beats that you would wanna play out,” says Cole wryly. “It’s not really something that we’ve gone into too much, and some of the work I think we’ve put out before could work equally in the club and in headphones, but it’s an interesting process to separate things a little bit and see where we can go with it.”

Very aware of the ever-shifting landscape of the industry, Coles believes the concept of record labels is “starting to dissolve”, particularly as streaming platforms continue to disrupt the balance of power between labels and artists. Scary as this could seem to a label boss, Coles seems unphased, if anything enjoying the new challenges the changes present. He explains that the team behind Cosmic Bridge are experimenting with new structures, as is he — the ‘Violet’ EP, for instance, was released without a label, in part just to see what the reaction would be. “It’s nerdy research in a way, but part of the thing, I think, of being an artist is...” he pauses, “the struggle between how we’re perceived and what we actually want to say.”

Throughout our conversation Coles is considered in his responses (though, conversely, admitting to being “a bit over-caffeinated”). It’s well-known he’s a philosophical, spiritual kind of guy, humble as they come and always open to exploring both sides of an argument. In a previous interview he even casually referred to himself as “a total hippy”.

In closing, we ask how this relates to his production: how much of a spiritual experience is music making is for the Om Unit? “To quote Sun Ra, he said it, music is a spiritual language, and it’s very true,” he replies. “It’s a language of something you can’t write or speak, that’s why we use music... and its proven by neuroscience in the way it makes our brains react. So I think that it’s actually impossible to make music and it not be a spiritual experience.

“But I think we have a choice as to whether we choose to engage at that level or not. I think for me, just being a very sensitive person generally, I don’t really have a choice,” he laughs. “It’s been about trying to navigate the industry world while keeping a sense of authenticity to the art, that really has been the biggest part of the process, in terms of trying to connect the spiritual side with a career path if you like...

“I think all art has the potential to be transcendent for people who watch, listen, read, but it’s a choice about how far down that rabbit hole you want to go as an artist, and at the same time, me saying that doesn’t mean that I judge people for not... Given that all music is a spiritual language, it doesn’t matter.”

Want more? Check out our recent On Cue mixes with Plaid and Bézier...