“THINK RED DIRT, bull ants and scorching heat!” says HAAi about the remote Australian mining town in which she was born. Before landing in the UK five years ago, she also spent years in Sydney and a surfing town near Perth, as well as being in a shoegaze and psyche band as a guitarist and singer. When that group disbanded, she happened to go to Berghain for the first time and immediately fell in love with club culture.

“I was always playing instruments and making terrible music as a kid,” says the woman who was recently installed as Saturday night resident at Phonox after being spotted by the club’s owner playing down the road in Dalston. When she first started buying records, it was early Thai and Indo psyche sounds, as well as Nigerian, Kenyan and Turkish funk and psyche that excited her. To this day, those earthy textures, international percussive sounds and off-beat rhythms still colour her genuinely unique and chugging sets, as do “melon-twisting” synth sounds and hard-hitting techno.

“That sound is like a universe,” she says. “Once you and deeper for eternity! It was a really primal feeling inside me that got me hooked.” 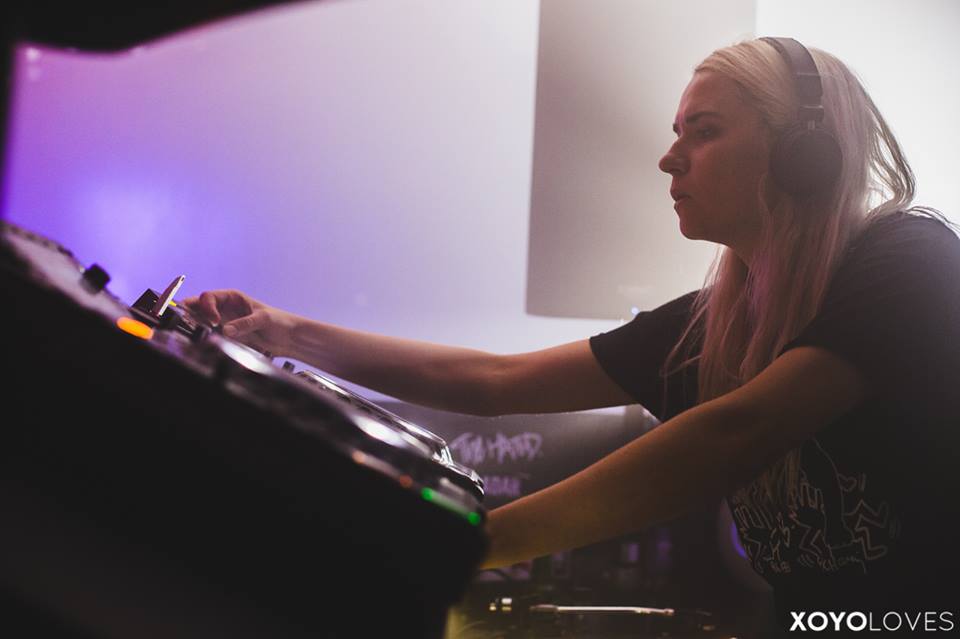 In order to make these old dusty records fit for modern club sets, HAAi often edits them herself, and promises that right now she is locked away, five-days-a-week, in the studio, working on new beats which will surface in May, and a live show sometime after.

The tunes will come on Coconut Beats, which is also the name of a blog of obscure worldly tunes HAAi regularly updates, and will also turn into a new party at Phonox this summer.

“My pipe-dream is to one day curate a Coconut Beats stage at a festival,” she muses, before speaking about her role as resident at Phonox. “Playing a six-hour set definitely allows you to become more experimental. When you play that long in a night, you build trust from the crowd so they tend to be more open to coming on a journey with you. Anyone can play a banger. Those tracks have been made for that exact purpose, but it’s the stuff in between that makes a night memorable and interesting for everyone.”