The brainchild of Rinse France resident RONI, the imprint - which launched in 2021 with 'Slowing' by Neida -  has tapped the likes of Cassius Select, Wanton Witch and GЯEG  to contribute to the release. Spanning breaks, bass, dub, techno, rave, acid, electro and Eurodance, the compilation will also feature contributions by Aloka, Polyphemus, Amaliah, Von Riu, NSDOS and Amor Satyr.

Central to the release is the notion of one's relationship with nature, as well as the environmental crisis, which is reflected in how each track title refers to climate change and emergency. You can listen to GЯEG’s contribution, ‘Tipti’, below.

"'Transnaturel' is about exploring freedom in electronic music and its different influences, with a practice within a theme that is important to me: nature," said RONI. "So I reached out to artists who inspire me; I wanted to spread a message and amplify it through their music."

"It is about shapeshifting into other natural forms like animals, rocks, or even mushrooms," continued RONI. "Growing closer to our roots, our natural environment and gaining some magical powers along the way, like intuition. The invisible forces we feel as humans to  help us understand good and bad situations, all become clear as we transcend."

Pre-order 'Transnaturel' here, and check out the artwork below. 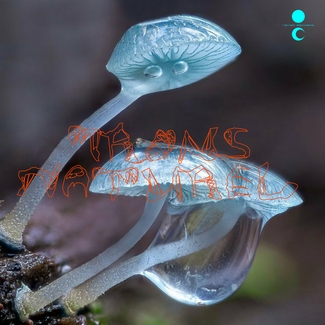