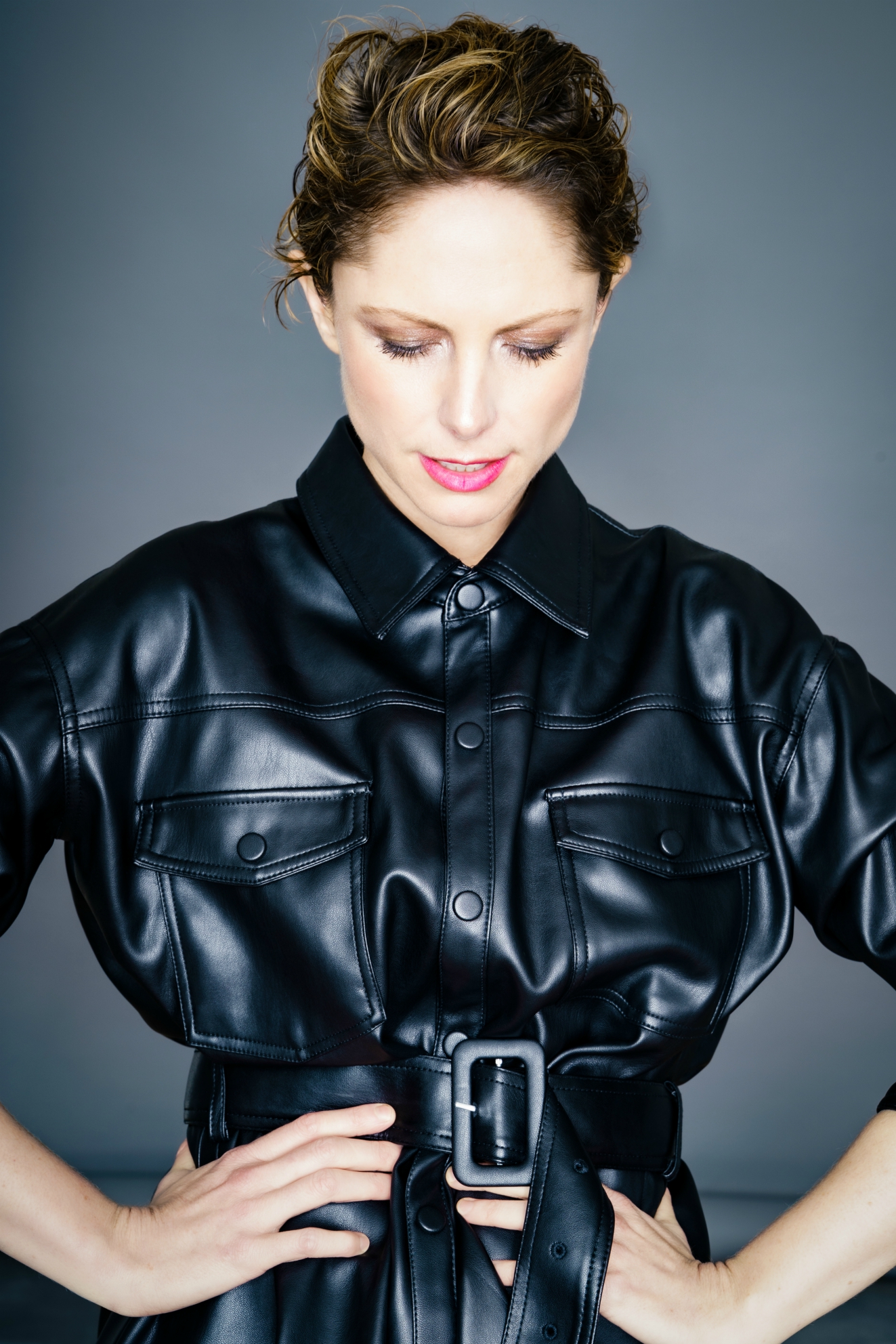 9.5
Facebook Twitter Google+
Stepping out from her Cats Love Velvet project with Felix Da Housecat, Aussie producer Kristen Velvet returns to Berlin's Arms & Legs for this blazing three-tracker. 'Schuttelfrost' is an impressively muscular tech workout with no bassline, but not a little drama. 'Momentum' is deep, dubby and minimal, but it's the surging 'Featherweight', smashing together the particles of acid and piano house, that you'll return to again and again. Unmitigated dancefloor devastation.

8.0
Facebook Twitter Google+
Hailing from a town on the coast of the Black Sea, Russian producer Kercha details the depths and sparsity of his immediate surroundings through a distinctly dubstep lens. ‘Eagle’ is a warping of choral swathes and nicely stunted drum work, ‘Frozen’ is a delightfully solid half-stepper, and ‘Broken Illusions’ lurches more in the vein of early 2562. In the best way, it’s bare bones stuff that sounds fucking ace at great volume.

7.0
Facebook Twitter Google+
I distinctly remember going to see Dylan Carson’s Earth band at Islington Town Hall and being severely affected — in a very positive way — by how slow and purposeful the drummer was. Azu Tiwaline’s sense of pace on tracks like ‘Itrik’ has the same pull for me. It’s all so purposefully sluggish and precise, and these kinds of driving, hypnotic, tribal rhythms seem to hit harder because they run slower.

7.0
Facebook Twitter Google+
If you think I don’t sometimes wake up at 5am and over analyse my off-the-cuff, tongue-in-cheek, funny-only-to-me one liners in some 70 word review that I wrote months ago, then you’d be wrong — don’t worry producers, my subconscious has all of your backs. So when I say Herman’s been listening to classic Pearson Sound, just know that I mean because it’s very syncopated and it’s really rather good. Cheers.

8.5
Facebook Twitter Google+
Yo, this is the sound of me, ringing the ‘NEW WEN’ siren, because three new tracks from the sultry producer have just appeared on the fledgling GD4YA label — an outlet which is already home to work by titans like Benny Ill and El-B & Sully. As you might expect when among such dark garage luminaries, Wen gets real choppy and steppy with it too. ‘Blitz’ has the swing, but ‘Mmhmm’ has the vibe.

7.0
Facebook Twitter Google+
Boasting highlights from bona fide dudes like Mosca, Batu, Laurel Halo, Otik and Hodge, Mother’s Finest fires its introductory shot as a record label with a 15-track compilation that reflects the musical style of the party of the same name at Berlin’s Greissmuehle. Sure it’s bold, but it beams confidence and a slew of good techno influenced, bass diaspora music out into the world, so…. I’m all kinds of here for it.

6.0
Facebook Twitter Google+
There are some things about J-Shadow’s work that I’m really quite taken with (the bass work on ‘Acid Genie’ and the stuttery percussive evolutions of ‘Contact’). Other bits… like the whole of ‘Orlov’s Casket’... not so much. But that's the beauty of modern life, innit? You can just mute everything you don’t like and float around in a bubble of your own making. Nothing’s ever gone awry through blanket general ignorance now has it?

7.0
Facebook Twitter Google+
Can you ever, really, hand-on-your-heart, knowingly accuse someone of using too much melody? The answer is no. No you can’t. It’s either the main focus of your tune, or it's the shading around the drum parts... so shit, I’ve once again, answered my own question. Otik’s work on Midland’s InterGraded displays a penchant for working both ways, i.e. endlessly looping chimes on ‘Wetlands’ or hinting at a tuneful pad on ‘Gravel’.
Felicity Martin
Facebook Twitter WhatsApp

7.0
Facebook Twitter Google+
What better treat for the most romantic day of the year than two spacious, hazy grime dubs (with a ‘f*ck my ex’ dub on the flip)?

9.0
Facebook Twitter Google+
Yet another rework to roll off the production line, this time a low-key '90s classic from the iconic Platipus imprint. Dyhlan perfectly captures the essence of the original, taking the tempo down a notch while filtering its core musical ideas through seductively icy, progressive melodies.

8.0
Facebook Twitter Google+
A low-key effort to sneak out of the Anjuna empire, ‘Blazing Sun’ is a dark horse that deserves a bit of attention. Elevated by an incredible vocal feature from Gaby Feldman, it weaves tightly with the rolling bassline melody, that simmers in the breakdown prior to exploding after the drop.

When We Dip XYZ

8.0
Facebook Twitter Google+
As seen on All Day I Dream, Greek producer DSF stumps up this epic chuggery for When We Dip's XYZ label. 'Pouf' is trippy and trancey, while 'Fraoula' is tropical and spooky.

7.0
Facebook Twitter Google+
Sounding like a merger between soundtrack mode Trent Reznor at his most jagged and El-P, Hannibal Rex arrives on Kikuji with a taut slice of WTF music.

7.0
Facebook Twitter Google+
Darko Esser dons his Tripeo guise, along with Cadans (also known for his drum & bass as Icicle) for a techno EP. Head for electro cut ‘Perfect Replication’, with its robo voices and immaculate drum programming.

8.0
Facebook Twitter Google+
Sleep at your peril — Cignol is back with more acidic goodness. The pick here is ‘Boston Dynamics’, a suitably spooky cut dedicated to the pioneering/terrifying robotics company.

'Never Let You Down '

7.0
Facebook Twitter Google+
If you revel in raves, you may have attended one of SINE’s club nights, but this London-based promotion house has tried its hand at releasing music — and with great effect. Here we find classic liquid tones, with a wide, warm bassline and soft synths.

7.0
Facebook Twitter Google+
The first cut to be released from Annix's forthcoming album ‘Headshot’ brings the gritty angst and deceptively simple, swinging step we’re used to from the duo. Loud, abrasive, and sure to fire some gun fingers.

8.5
Facebook Twitter Google+
Champion of the Balearic groove and affable chap Mudd (aka Paul Murphy) gets together with producer David Harks on this well-paced, nu disco/boogie stepper.

8.5
Facebook Twitter Google+
Vintage Warriors re-rub of one of this year's biggest house jams. You just can’t mess with a good beat.

9.0
Facebook Twitter Google+
Andy Meecham’s Emperor Machine is about to release a new album, but not before this: ‘Dance Blanc’ finds the seasoned producer dipping into some electro boogie vibes, while doing his best Bobby O impression on the remix.

8.0
Facebook Twitter Google+
Bizarre, twisted shit from Manchester. BROOMMAN's latest is no less strange than his previous releases, but just as addictively oddball and heavy and wayward and freewheeling. See him as our MIKE, or our Lojii. He's that good.

8.0
Facebook Twitter Google+
Regular readers of this page will know that ANYTHING from Quelle Chris is gonna be essential, and this weird, woozy collabo with Chris Keys is no exception. Check out the MMG 'Sounds Beautiful Like The Truth' mixtape for more of this kind of wonder.

8.5
Facebook Twitter Google+
Jamie Jones locks in the Manny pairing for a triple dose of deep and vibey tech-house. ‘Sip N Dip' is a certified banger.

8.0
Facebook Twitter Google+
Syrossian delivers a playfully bouncy single in 'Soul Fire' and Dimmish touches down for his Moxy debut, with a swing, key chopping remix.

8.0
Facebook Twitter Google+
Saying it again, Miroslav’s the most overlooked/underrated producer in trancedom. ‘Resurrection’s yet another faultless elevator, pairing authenticity with absolute conviction of riff, and stuffing its sides with neat touches and FX nuance. (See also his Amon Vision release this month.)

7.5
Facebook Twitter Google+
A male vocal happy hardcore track from two artists rising in the scene at the moment. The catchy hook, great melody and energetic bouncy beats will make dancefloors smile for sure.

7.5
Facebook Twitter Google+
Plucked from ‘Dream’, Roman’s third album, broadly speaking, ‘Sweet Desire’ has uplift at its core. To get there, though, it uses some admirably unusual, original and innovative production techniques — not least in its drum programming and vocal effects. Fine release.

8.0
Facebook Twitter Google+
A super interesting track, sitting somewhere between hip-hop and hardstyle. A contrasting combination for sure, but Phase pulls this all together in a seamless mix that sounds like it was just meant to be.

8.0
Facebook Twitter Google+
Tyas’ Regenerate stable had a dream start last year, and early 2020 is showing equal promise. If you think you’re coming out of Starpicker & Nikolauss’ ‘Schiphol’, without a significant amount of tinny Tannoy, think again. Aside from all the HQ uplift, it’ll probably evoke some of your best-ever Euro mornings-after too.

7.5
Facebook Twitter Google+
I love Painbringer's approach to music, reviving the '90s Dutch hardcore sound of my childhood. 'Sidious' is a well-produced, old skool hardcore track that will fit perfectly into a classic set and add some originality.

'Cry Of The Catacombs'

'Haunted On The Uptake'

7.5
Facebook Twitter Google+
Mike Patton’s latest quartet are on typically raw and eclectic form with this multifaceted ritual wandering far in under 4 minutes.

9.0
Facebook Twitter Google+
Two stalwarts of Danish noise step out further into the light with this heavenly daydream of an instrumental.
1. Mr Fingers 'Mystery Of Love' Alleviated "When I heard this on the radio, I thought it sounded like a movie theme. It’s dramatic and subtle at the same time. The song has emotion and tension, which made my imagination work in a different way." 2. Earth People 'Dance' Pal Joey Music "Pal Joey is a hero. In high school, it was the battle track. Whenever the beat version came on, an instant circle formed and b-boys, club dancers and banjis would go at it." 3. Dee Dee Brave 'Can't Get Over It' Champion "This is classic New York at its finest. To this day, this song stands the test of time. Dee Dee Brave was the soundtrack to my days in the Village." 4. Dee Dee Brave 'Over & Over' Champion "Another important tune from those days. This is how a deep house tune should do vocals. DJ Disciple used to play this on his show every Thursday. Massive respect to Kerri Chandler." 5. Robert Owens 'I'll Be Your Friend (Original Def Mix)' RCA "Another Sound Factory classic. When this song came out, I knew that the meter had moved and house went to another level. Robert Owens is the voice of house music." 6. Lil' Louis 'New Dance Beat' Epic Records "This one says it all — master Lil' Louis defined a generation, as this song stands true today in its prophetic view of the future. Incredibly ahead of its time. A major classic." 7. BT Express 'Energy To Burn (Joaquin "Joe" Claussell Edit)' Unknown "This one is a certified classic made modern, with Joe Claussell’s magic sprinkled on top. This tune kicks things into hyperspace on the dancefloor. It never leaves my record bag." 8. Gigi Testa 'The Overground Society' World Peace Music "This tune makes an impact on the dancefloor. I have come to know Gigi Testa’s music over the years, and the vibe has always been consistent. Another one I keep for the right moment." 9. Chaos In The CBD 'Emotional Intelligence' Neroli "I have watched these guys for some time now and they continue to impress me with their approach and musicality. This particular EP takes that sentiment to another level." 10. Alex Attias 'I Wanna Know feat. Georgia Anne Muldrow & Kid K' Visions Inc "I love when great songs with words come to light. This one has a message and energy that will lift any dancefloor to another dimension."
back to top
DJMAG
all sections