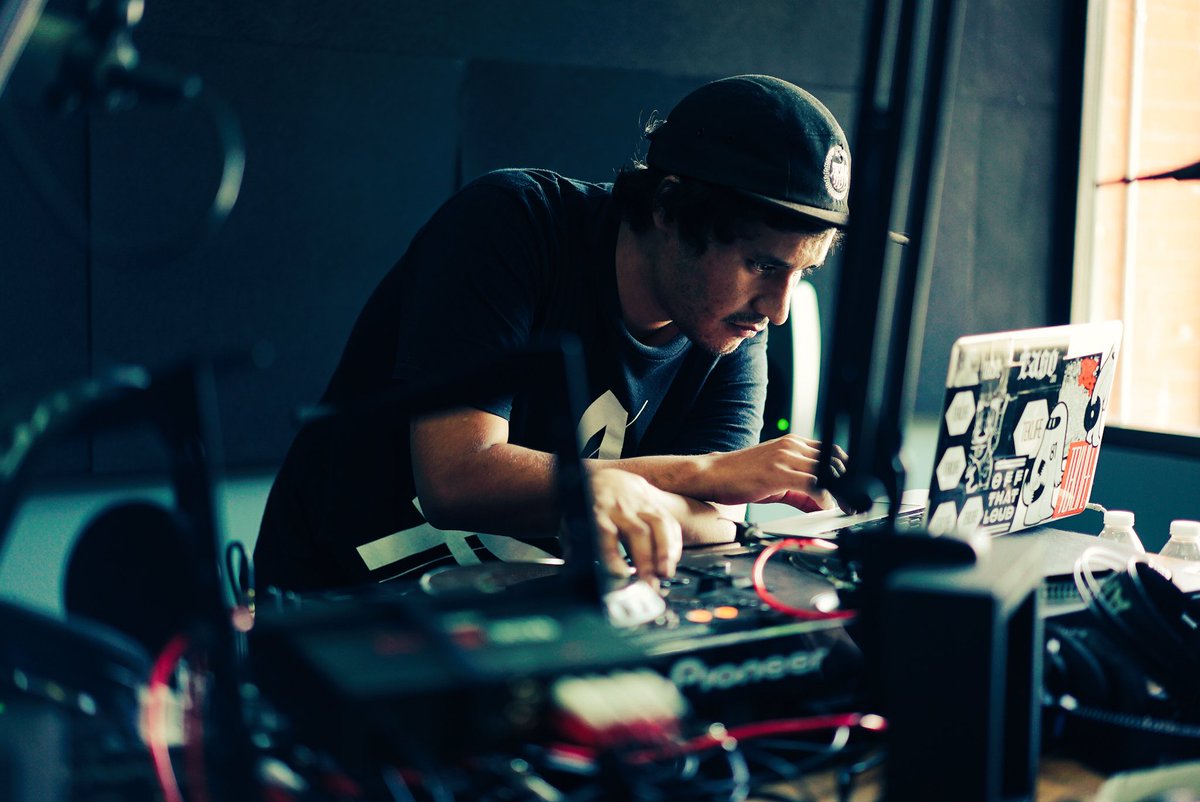 9.0
Facebook Twitter Google+
There’s been a point in every listen to the Teklife associate DJ Chap’s new EP for Little Corner, where I forget exactly what it is I’m listening to. Like, at one point it’s frantic, on some footwork tempo, amped-up, rudeboy baile funk; the next, it's some down-home, Mega Drive soundtrack steez, replete with serene church organs and heavy smacking snare drums. As much as I dig the manic hoover bass of the title track, it’s the lean back of ‘Mii’ that's the absolute tip.

8.0
Facebook Twitter Google+
Serving up another rad as fuck, bastardised stew of hardcore, breakbeat and Fruity Loops era grime, Filter Dread’s latest eight-track collection of stompers is something of a revelation. Sometimes what I want from a longer form project is for an artist to explore the nether regions of a certain sound palette to death. Other times, I want at least a notion of heartfelt songwriting, but you don’t go to McDonalds for steak, do you? Filter Dread emphatically delivers the former.

7.5
Facebook Twitter Google+
Returning with Ascent, a new label arm (that's actually an offshoot of the Circadian Rhythms label he already co-runs), Last Japan’s just announced a new three-track collaborative EP with Signal Life alum, Inner. The producers' passion for cold, stark sound palettes shines through on the teaser ‘East Blocks’, which marries street swagger with that wide-eyed sense of industrial wonderment you get when you stroll through the City Of London early on a Sunday when there’s no-one else about.

9.0
Facebook Twitter Google+
There’s a wonderful, thoughtful symbiosis to the fact the 50th release on the Idle Hands label is by the same person who made the first one, but then that's the kind of planning and personal touch that's always made Idle Hands so endearing. What makes the 12” really great is the fact that it features Pevvy Pev in a piano house shocker: ‘Left Hand’ veers in and out of these massive, hands-in-the-air style, celebratory piano riffs. It’s awesome.

8.0
Facebook Twitter Google+
Orson, geez, you’ve made something in ‘Life Gamble’ which is gonna be kind of hard to better. Sure, it’s essentially just a slow roll of dubstep drums at 128bpm with a chundering sub bassline and some reverbed synth swells, but I’ll be damned if it isn’t rousing. In fact, the flip, ‘12:09’, has exactly the same elements, but it’s just not as searing as its companion. It doesn’t raise me up like the A-side does.

8.5
Facebook Twitter Google+
I just remembered that once, when I was a lot younger, I went to a Modest Mouse concert. I have absolutely no idea why that nugget of information has suppressed itself, but it did. I suspect that the fact that some of Mr Mitch’s R&B inflected, beatless music tends to enable me to get lost in my own thoughts, combined with a perfect symbiosis of muscle memory flicking through promo emails, brought that particular realisation crashing back to me.

8.0
Facebook Twitter Google+
A lesson in restraint is a lesson hard earned, and what the Overmono brothers (Tessela and Truss) do on ‘Daisy Chain’ is exemplify that with aplomb. Essentially just a well made, hard-yet-supple, garage-y breakbeat, the track may evolve and then dissolve into one of the most rewarding synth breakdowns in a while, but there’s always a pep in its step thanks to its driving simplicity and that double time shaker. They repeat the same approach on ‘The Mabe’ but with 130bpm jungle.

8.5
Facebook Twitter Google+
I ask myself a lot of questions because, hey, I’m curious about a lot of things, but I definitely get the feeling that Keysound do too, because each of their recent releases feels like it’s been sculpted, meticulously, for a purpose. Take Otik’s debut four-tracker for the label: it’s a wonderful exploration of the gulf between techno and dubstep, where clunky, found percussion gets manipulated into dancefloor shapes — AND it’s a killer contribution to the ongoing conversation of what club music should be.

7.0
Facebook Twitter Google+
The title track from Doctor Jeep’s new EP for Bun The Grid is as high grade a steppah as you’re likely to find. It’s powered by choking growls of bass that hit in triplets and flurries, and it does that ‘Wad’ era Pearson Sound trait of accenting on a particular conga hit that I fully rate as exceptional. Elsewhere, ‘Dorado’ is a gritty, snare-heavy collaboration with Fixate and ‘Emergency Broadcast Test’ sees Jeep approach modern drum & bass.
Oli Marlow
Facebook Twitter WhatsApp

7.0
Facebook Twitter Google+
I’m all for the fusion of songwriting with more club-jam acoustics and aesthetics (see Reginald Omas Mamode IV) as long as it comes from somewhere original. Skinny Pelembe’s brew of mumbly, grumbly, boogie meets boom-bap makes me feel something.

8.5
Facebook Twitter Google+
I don’t know him personally, but 'Ups & Downs' feels like the record Etch has always wanted to make: an album that joins dots that were previously separated by galaxies as much as they were genres. No rules. Just a fuck ton of breakbeats. 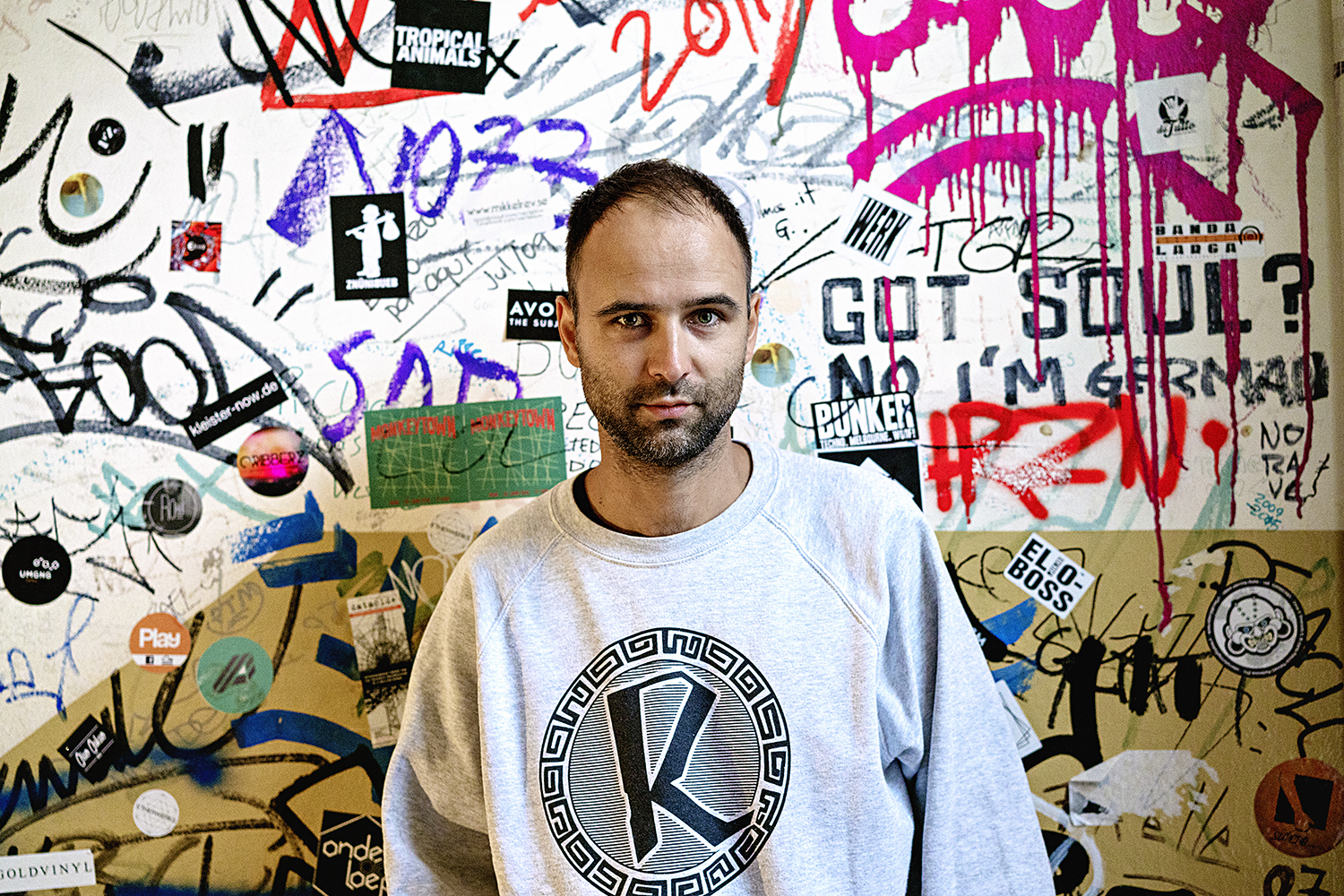 1. Piezo 'The Mandrake' Unreleased "Gliding at 100bpm, double time into the future." 2. Lamont 'XIX' Swamp81 "Out of this world 'stop and go' science that fucks with your head and feet." 3. Scratchclart 'Kong' Self-released "South London funky meets Durban by the don Scratcha DVA." 4. Walton 'Mad Zapper' Tectonic "Love this one. Stomping forward without mercy." 5. Orson '12:09' Version "A 125bpm wobbler by myself that has been doing some soundsystem damage." 6. Mickey Pearce 'Washed' MPCT "A sexy four-four workout that will make you move without asking." 7. Loefah 'A.I' Unreleased "Ethereal slo-mo 808 jam by the one-and-only Loefah." 8. Orson 'Shiva' Unreleased "A new one. Apocalyptic dread, half-step at 115bpm." 9. Peverelist 'Left Hand' Idle Hands "A smooth, swinging, old school-reminiscent percussive roller by Bristol's finest." 10. Meta 'Fault Lines' Par Avion "Sci-fi electro at its best. Definitely a label to watch."
back to top
DJMAG
all sections