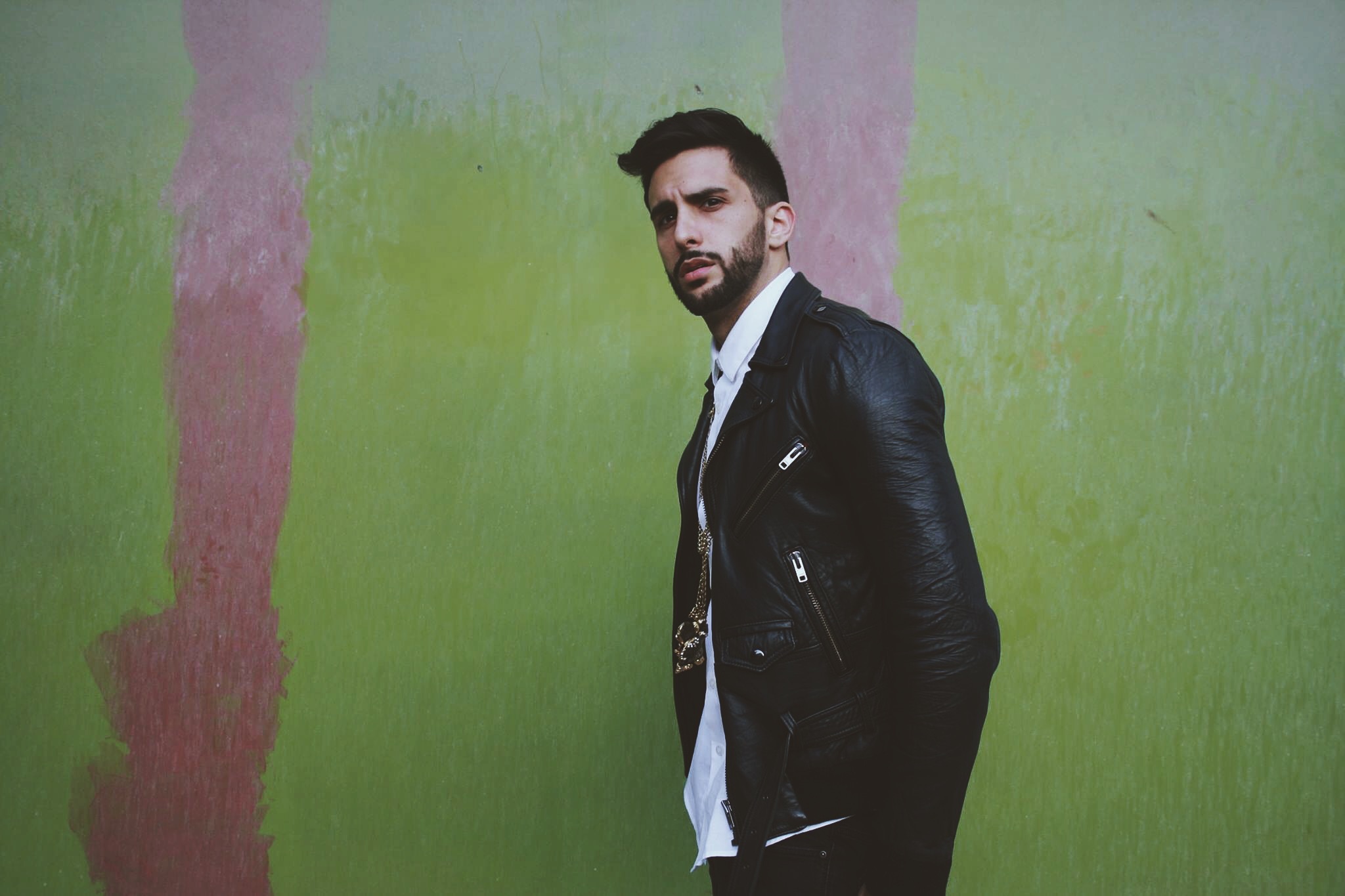 9.0
Facebook Twitter Google+
E.R.N.E.S.T.O’s new 'Mueve' EP is simply crawling with rave potential. Wall to wall fire means that it’s almost impossible to pick a favourite, but the epic, acid riddled, sub flexing 808 workout that is 'All Nighter' gets me every time. I’ve had these tunes on repeat for days now. Subtle yet paradoxically huge, the intricate programming and analogue-feels bring fresh waves of enjoyment with each and every listen. This sound is undeniably fat, and feels like it could be a mainstay for 2019. Trippy Ass Technologies is bringing the ruckus in 2019.

8.0
Facebook Twitter Google+
Records like this keep us going during these colder times. The lords of lunacy, Slamboree (recently branded by the BBC as the “World's greatest festival band”) are finally following up their amazing album, with some DJ friendly edits for 2019. This fresh spin on 'Big Love' from Wes Smith proves again that he is far more than a fine set of sideburns. Riddled with tight drum breaks, hounding bass and only the biggest carnival vibes, this booty-shaking festival anthem will telepathically transport you directly to Shangri La.

8.0
Facebook Twitter Google+
These winter months seem to have ushered in a new wave of broken beat music that you just can’t help but tap your toes to. Justin Martin and Ardalan are the latest set of unlikely bedfellows to adopt a piece of this sound, and my word, don’t they deliver. 'Hail Mary' is a flashback to the more experimental sounds of the early noughties; stripped and moderately simple drums ride over a tasteful selection of FX and cinematic vox. I’m confident that this splendid early hours treat will be pleasing to the palette of any critics.

7.5
Facebook Twitter Google+
Neuro fans, prepare to be blown away by this weighty slab of metallic funk, with all the calling cards of a twisted, robotic beast, sent from the sci-fi future to wreak revenge on all us puny humans. As the monster chases, the beat pounds with a ferocious, relentless forward motion. Showers of lasers shoot with perfect timing and precision, and the sub works as a rumbling growl, bringing an even stronger personality to the track.

7.5
Facebook Twitter Google+
It’s dope to see the man they call Fish becoming one of the most celebrated artists coming out of our beloved Bristol city this year. Placing this with one of the UK’s absolute OGs, Zinc, is a testament to the fact that the people are listening. 'Lies' is an absolute banger. It’s an anthemic, four-four wonk fest that encourages serious amounts of head nodding, largely due to its wonderfully oddball bassline. Really enjoying the vocal on this jam, it’s exactly what was needed to make this record stand out from the pack.

7.5
Facebook Twitter Google+
I completely forgot that I’d been sent this record, so I guess I didn’t realise its brilliance on the first listen. However, on a long drive last week, 'Mugu' popped up in my playlist, and a spontaneous 'Harlem Shake' rave broke out in the car. This tune is unique, and crammed with infectious dancefloor vibes. The dubby bank of sounds happily plays second fiddle to an absolutely classic vocal hook from Magugu. This release brings beaming smiles and inspires convulsing body moments from head to toe.

8.0
Facebook Twitter Google+
I’ve been thoroughly digging all Foundry beats since I heard them for the first time in 2018. Their uncompromisingly progressive approach to drum programming gets me in the mood to party every single time. 'PAPA' is their debut release with Stanton Warriors' label Punks Music, and this tune is a perfect fit. A banging selection of raw perc hits and deep 808 basses act as a perfect backdrop, allowing the rude ghetto vocals to snap in and out of the groove. Can see this doing some real damage in the festival fields this summer.

8.5
Facebook Twitter Google+
Two of the UK’s most prolific beatsmiths, Shift K3y and Taiki Nulight, have delivered an absolute stinker of a tune (obviously) with this spanking new collab. Coming via their home label Night Bass, this jam is guaranteed to be hitting all the right ears. Impeccably processed breakbeats cut through a layer of quirky call and response vocal snatches and fierce low-end energy. This beat is cool and deadly in equal measure, can’t wait to hear it dropped in the rave.

9.0
Facebook Twitter Google+
The hype levels always hit eleven when I see a Fake Blood promo in my inbox. He’s been holding it down as a bulwark for the heads of the scene for over a decade, and his ability to drop genre spanning fire appears to have no bounds. The drums here are pure dopeness: stripped, tastefully processed and teeming with life. A minimal number of descending bass sounds bounce off raw Reeses, and somehow, the rest of the energy is drawn from a basic clutch of FX and atmospherics. True heavyweight beats from the best in the game.
Whisky Kicks
Facebook Twitter WhatsApp

8.0
Facebook Twitter Google+
Mystery surrounds enigmatic new bass outfit Maison Ware. However, it’s glaringly apparent that they are about to crash land into some extremely profitable pastures. This is a seriously dope beat. The drums are huge, the John Carpenter-esque breakdown makes my hairs stand up, and the crazy-good mixdown will drag a noteworthy performance out of any soundsystem. In the bag.

7.5
Facebook Twitter Google+
The crew over at Rocstar are always a reliable source for hidden gems, and this newfangled remix from Danny WAV is the exact reason I’m a big fan of what they're doing. Danny really has breathed new life into the Spanish style breakbeats of the moment. There’s a whole lot of hype going on, but he’s kept it classy, with a cool bank of nicely processed sounds. Good stuff.

8.5
Facebook Twitter Google+
You really can’t fuck with Khesis right now. He’s locked into a vibe in the studio, producing what I feel is some of the very best music the scene has experienced in years. 'Graphine' is a beautifully crafted, deep two-step jam with trancey synth lines and shiver inducing vocal snatches. Love it. 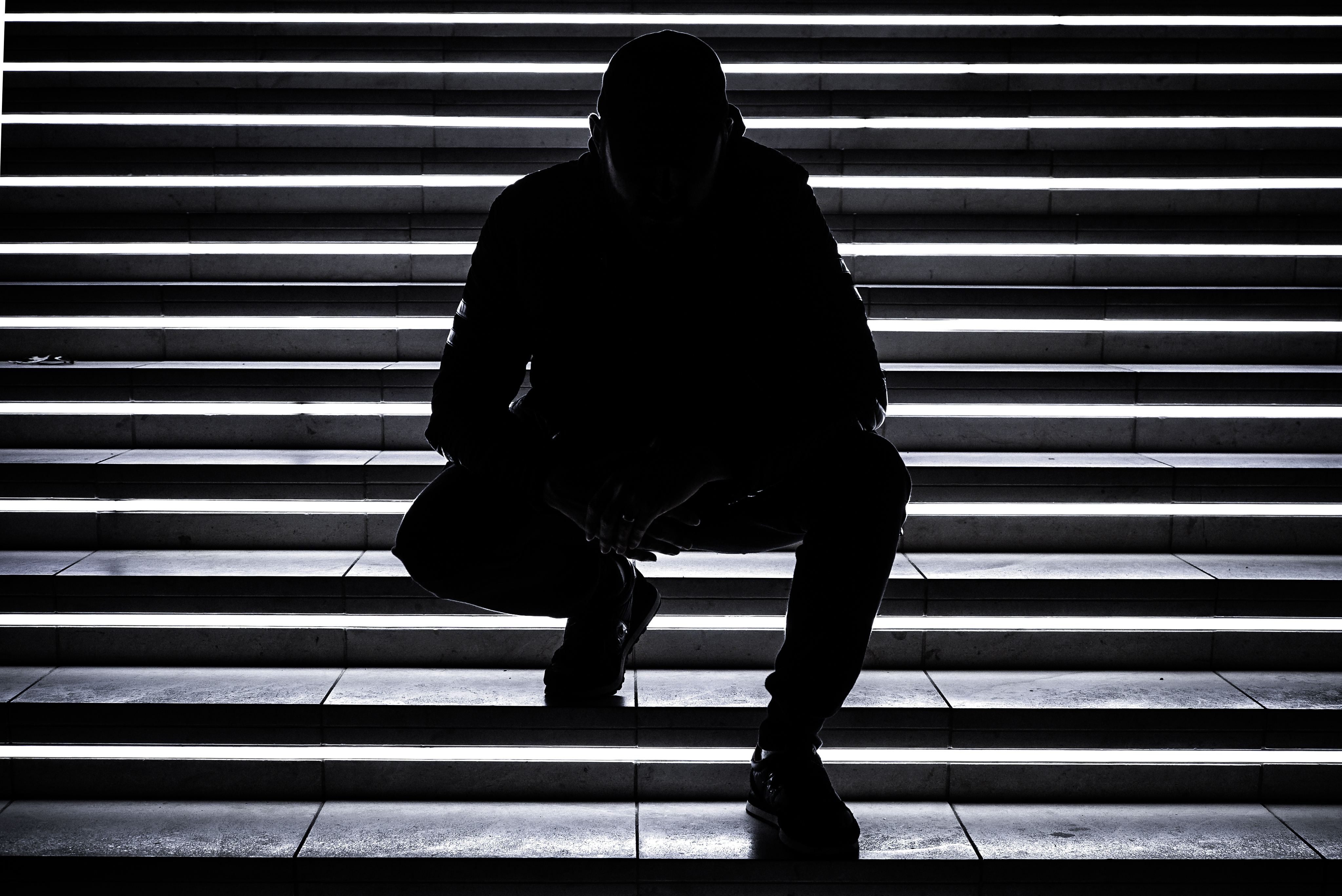 1. Left/Right, Bodyblow & Dread Mc 'One/Two' Punks Music "I've been sitting on this jam with the legend Dread MC and my good friend Bodyblow for well over a year... got to test it quite a bit on tour, and it packs a serious punch. Can't wait for the Punks release!" 2. Christian Martin & Lenny Kiser 'The Beat' Trippy Ass Technologies "This track is pure magic. It has all the vibes I love — moody, brooding and tons of energy." 3. Marten Hørger & SkiiTour 'Redlight (Left/Right Remix)' Punks Music "Was honoured to remix Marten, the happiest German I know. Not sure why, but I've been sliding into major keys more in the middle of tunes to shift the mood, and this remix is no exception." 4. Khesis 'Sward' BRØKEN "No lie, this EP might be my personal favourite record we've ever released on BRØKEN. Khesis has a deep understanding of musicality, lush progressions, unique sound design, and indestructible basslines." 5. Stanton Warriors 'Rise (Left/Right Remix)' White Label "Absolutely in love with the vocal on the Stanton's original. I tried to crank it up in all the ways I know how, and this is currently my official secret weapon in the club." 6. Virtual Self 'Ghost Voices (Left/Right Flip)' White Label "Was eye-opening to discover Virtual Self was a side alias of Porter Robinson. That said, I'm in love with this hook, and immediately knew it needed a broken beat/jungle-inspired flip for my sets." 7. Isenberg 'The Way' Box Of Cats "This tune from the homie Isenberg has been getting some massive support from Shiba San, Destructo and JAUZ, and for good reason. Might be my favourite tech-house tune right now." 8. Greed 'Flexin' BRØKEN "A complete beast of a song. Upcoming producer Greed shows off his muscle on this one — a good example of the heavier UK bass-meets-broken beat sound I dig if I'm feeling aggressive." 9. State Of The Nation 'Tell Me feat Jungle Brothers & Mike G (Stanton Warriors Remix)' WeaponsGrade "This tune just explodes, and shows why the Stantons are still king. Another one of my biggest secret weapons right now." 10. Electrocado 'Bogan Philosophy (Left/Right Remix)' Mau5trap "Another tune long in the making, this has a lot of my traditional darker elements and surprise structure switch-ups. Great for opening sets and for late night warehouses."
back to top
DJMAG
all sections