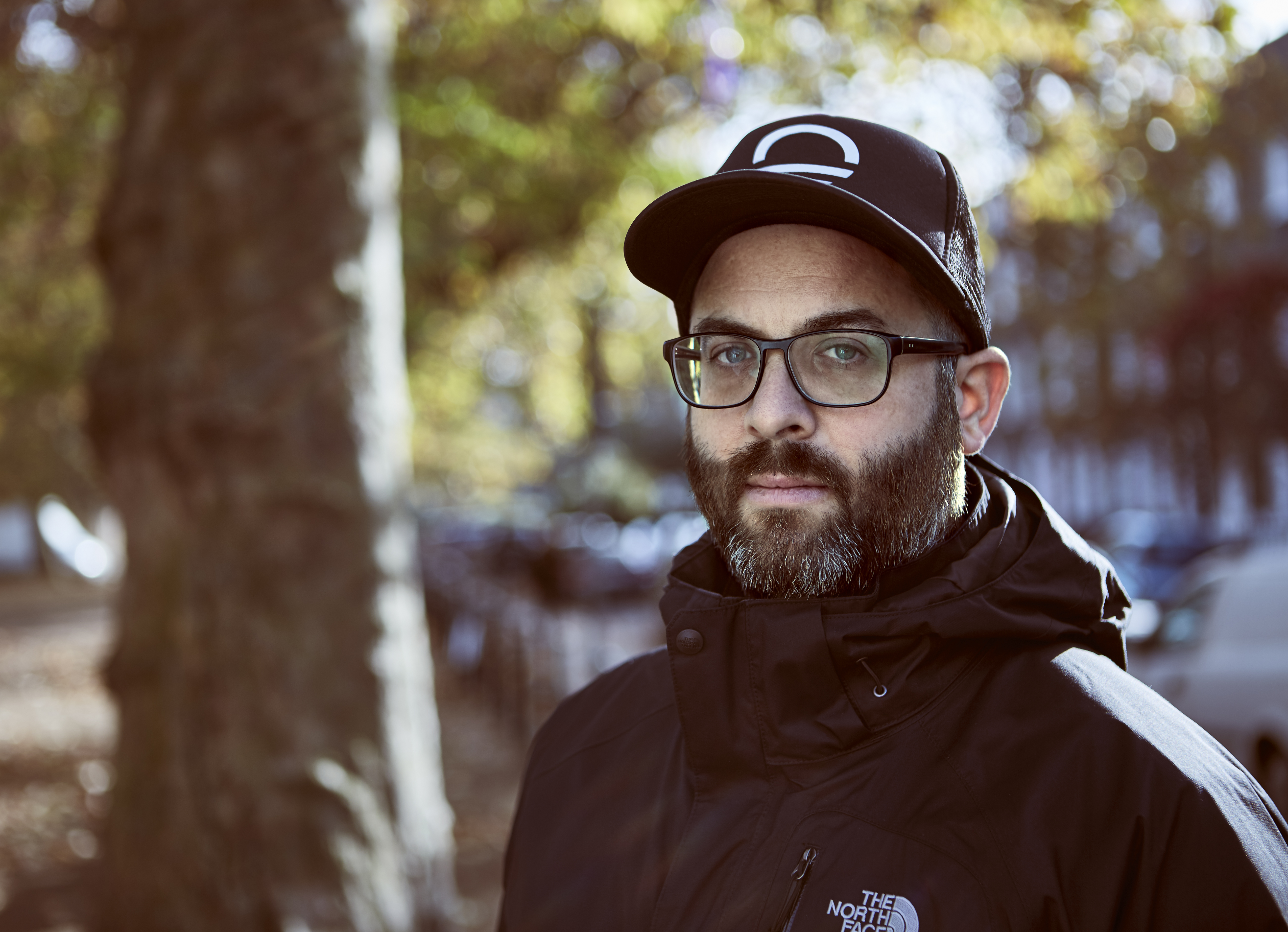 9.0
Facebook Twitter Google+
Stepping out of the shadow of the immense 'Wonky Bassline Disco Banger’ is Rack’em’s latest for his Disco Banger imprint. Three idiosyncratic club tools effortlessly straddle the realms of disco, house and techno; sounding sufficiently mad enough to stand out from the rest of the noise, and functional enough to work the club. The lead track is a simple sequence of micro-disco loops dragged through a heavy delay to give off the wildest dub mood. Next up, ‘E’, the slightly more conventional cut, delivers a wavy arpeggio riding over a racy disco groove, with the gloopy, Moog-laced, Stevie Wonder homage, ‘Stevie’ being the charming finale. Getting caned by the likes of Jennifer Cardini, Honey Soundsystem, Mark Farina, Massimiliano Pagliara, Bill Brewster and François K among others.

8.5
Facebook Twitter Google+
Marseille-based club night and label venture, La Dame Noir, have resident DJ and key label operative Arthur Johnson back on board for a new four-track EP release. Counting the likes of Tiga and Ivan Smagghe among his fans, the Belgian delves deeper into that currently popular, mid-tempo mutant disco/EBM sound (previously catching the attention of Smagghe, landing him a release for Les Disques De La Mort in 2018). Strong tracks that boast something a little different from the rest of the pack; includes a superb remix from Mexican producers Colossio and Mufti.

7.5
Facebook Twitter Google+
Cult NYC disco label West End invites Full Intention’s Michael Gray to update classic tracks from the golden era: Mahogany’s anthemic ‘Ride On The Rhythm’ and ‘Just In Time’ by Raw Silk. The results are pretty straightforward and functional; simple house beats pumping below the vocal/instrument stems. This formula works better with the former, but the charm of ‘Just In Time’ (originally down to the genius dub and mixing techniques that the great Nick Martinelli and David Todd employed) is sadly lost here.

8.5
Facebook Twitter Google+
The Younger Than Me duo are no strangers to the party. Their mutant breed of techno, electro and disco has caught the attention of labels such as Bordello A Parigi, Relish Records and Tusk Wax, and now, they find further kinship in Tronik Youth’s Nein label. The run of bold, audacious club tracks continues on ‘No Regret’, with the wired title track (coming off like Caspar Pound-meets-Moroder) taking the lead. Curses and Man2.0 temper the mood a little with their chugging electro versions, making space for the bonkers, 140+BPM lunacy of ‘Punk Rave’ to decimate the dance. Fun.

8.0
Facebook Twitter Google+
Following great releases from Bawrut and Mr TC, the French label is back to outclass itself once more, with an EP of nu disco gems from all four corners, featuring producers indulging their Persian fantasy with music inspired by the Levantine musical tradition. From Japan, Que Sakamoto + NT take on the Anatolian dance of ‘Minimüzikhol’ next to the belly-dancing electro of Siberian producer LINJA’s brilliantly-titled ‘Chaos In The Gardens Of Istanbul’. Feller’s shuffling acid number ‘Strange Night For Hassan’ sits alongside the mid-tempo crawl of the Kaan Duzarat remix of AYMA’s ‘Sine’; but the haunting, Middle Eastern disco-trance of Mekine U Teksi’s ‘Travailler, Se Battre, Danser’ undoubtedly steals the show.

8.5
Facebook Twitter Google+
The Delsin and Puzzlebox records alumnus, DynArec, returns with an EP of cold, industrial and EBM tracks via The Hacker’s Zone imprint. Known for his Drexciya style electro-funk, the Frenchman shifts away from the influence of Detroit, drawing closer to the more local sound of '80s Europe; the mark of Italo disco on his production is clear on the dreamy ‘Focused’, as the new beat sound of the Belgian underground is apparent on the title track and ‘Archeologist Assassin’. Slick.

'Welcome To The Remix'

7.5
Facebook Twitter Google+
Original Blitz Kid, Rusty Egan, returns with a pick of recent productions since his return to the music industry post-hiatus (which saw a nostalgic revival of his influential club and also his career in music production). This selection features his overhaul of French Euro-disco group Space and their heartbreaking cosmic hit, ‘Magic Fly’, with remixes of Swedish pop act 1921 and Shimmer Johnson’s ‘Breakin’.
Jonathan Burnip
Facebook Twitter WhatsApp

9.0
Facebook Twitter Google+
The classic 1978 disco album from Patrick Adams and Leroy Burgess under their guise Phreek yielded two anthems, ‘I'm A Big Freak (R U1 2)’ and ‘Everybody Loves A Good Thing’ — both here getting the masterful, modern disco fix by Joey Negro. 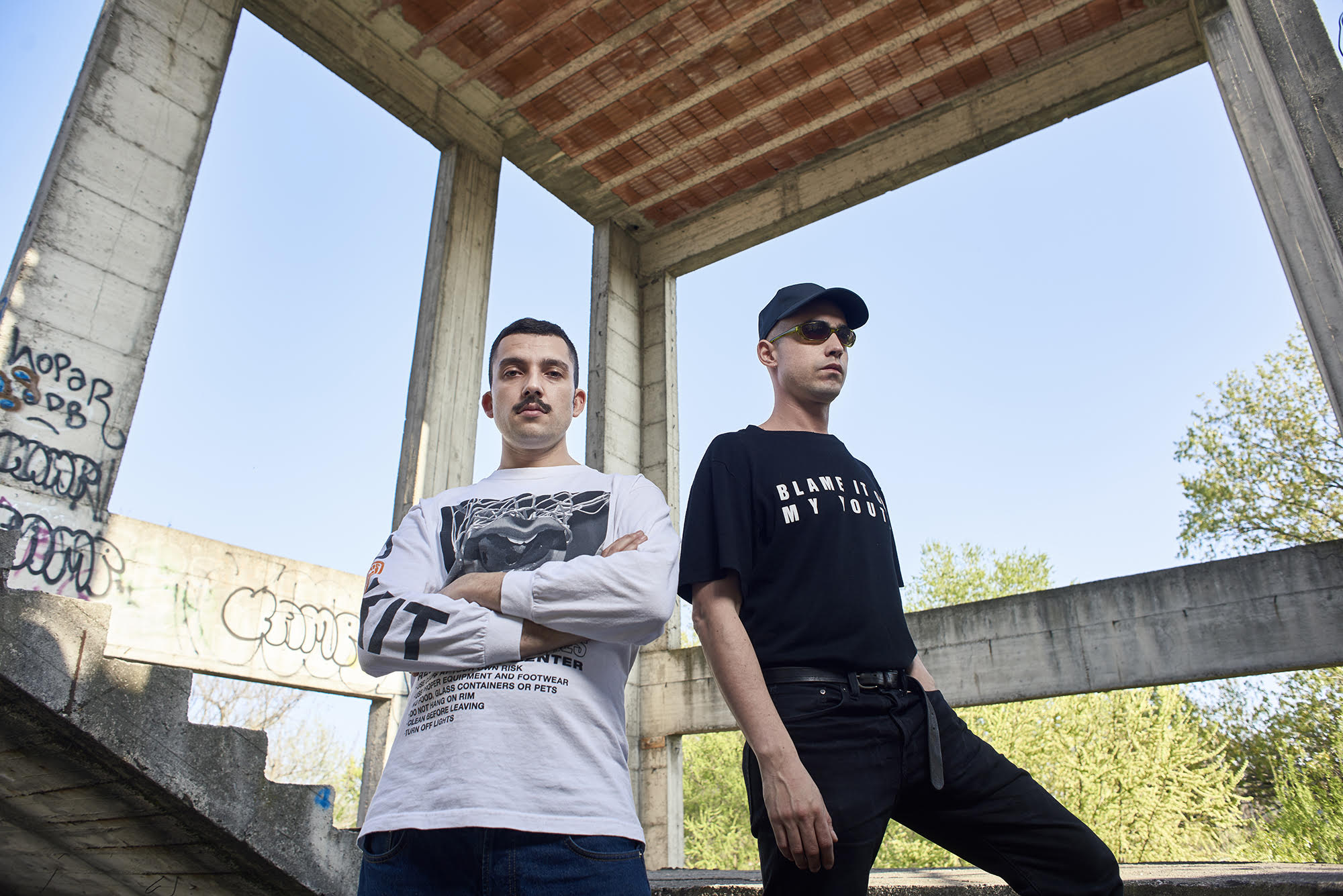 1. Fractions 'Excess' Fleisch "Fleisch is one of our favourite record labels recently, really solid stuff. This one is a techno acid banger." 2. Soul Edifice 'Human Music' Vernacular Records "Breakbeat, '90s house and rave, it's all that we love. A super hit." 3. Christian Coiffure 'A New New Hope' Worst Records "Worst Records has been one of the discoveries of the year for us, and we’re so in love with every release from that label. This is from the last EP by Christian Coiffure." 4. Younger Than Me 'Feeling Breath' Dischi Autunno "'Feeling Breath' is from our upcoming EP on Dischi Autunno Records, the new label from Jennifer Cardini and Noura Labbani. The track is an acid rave '90s affair, perfect to pump the dancefloor during a set." 5. HndS 'Wake Up (Skatebård Remix)' Ploink Records "Skatebård for sure is one of our favourite DJ/producers, and this remix is ace, with its killer bassline." 6. La Mano 'Secret Fusion' Secret Fusion "We are still in love with this remix we did, because it's pretty different from our recent more pumping stuff, but at the same time you can identify our touch." 7. Nathan Micay 'This'll Tell The Tale' LuckyMe "The album from Nathan, 'Blue Spring', is our favourite LP of this year for sure, and this new EP is not far behind. Big work." 8. Younger Than Me 'Punk Rave' Nein Records "'Punk Rave' is a pure hardcore jungle nostalgia track — we know it's not for everyone, but we love it." 9. Venderstrooik 'Escargothic (SM Champignon Dans La Forêt Remix)' Bar Records "Bar Records family strikes again. EBM and krauty vibe this time from the Dutch guys — bomb!" 10. Shun 'I'll Never Reach Your Level (Younger Than Me Remix)' Insult To Injury Records "Last but not least, our upcoming remix for Insult To Injury Records, the new sub-label from Timothy Clerkin and The Ransom Note. Terrific acid techno meets breakbeat and EBM."
back to top
DJMAG
all sections