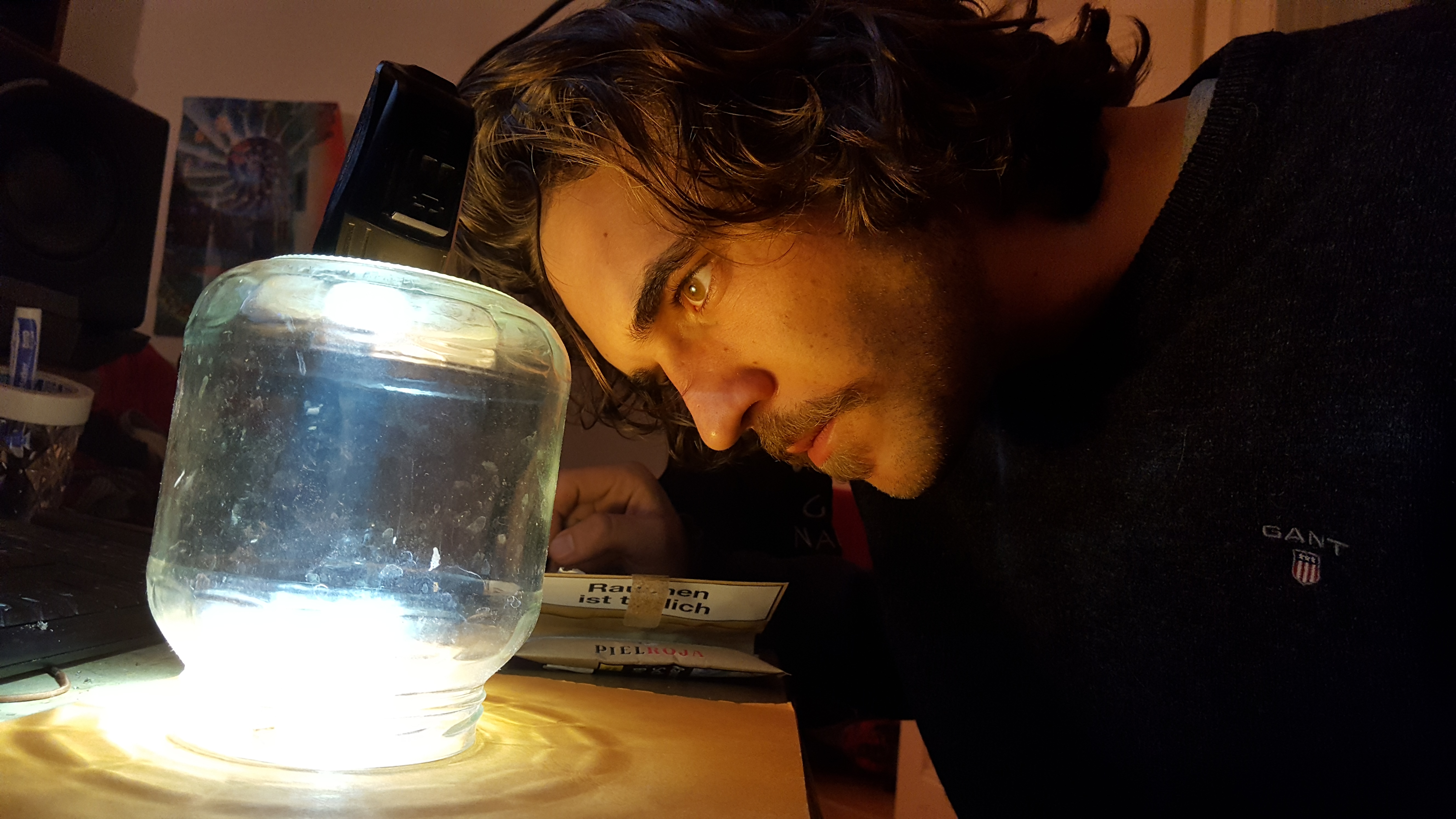 9.0
Facebook Twitter Google+
This superb release stirred me from my wintry torpor, featuring two melodic, strange and short pieces that would appeal to any fan of leftfield electronic music. The best is ‘Geist Körper Synergie’: in just over four minutes, it delivers wonderfully weird synth tones that lodge in the brain, a metallic groove in the inter-zone between IDM and electro, with a wicked section where it all slows down to a crawl. ‘Cleo’s Theme’ is a little more conventional, but excels towards its swirling ambient conclusion.

8.0
Facebook Twitter Google+
The original of ‘5am Nostalgia’ is a sublime breakbeat laden gem with heartstring tugging chords and warm bass, not a million miles from prime FSOL or Orbital. That’s a vibe that Rico Casazza pretty much lifts wholesale for his electro re-fix, adding an additional line of acid goodness to his crisply produced beats. Elsewhere, the trancey house of 'Stanmore' and beatific synth breaks of 'Aphelion' should lift the mood of any nostalgic raver. Wonderful stuff.

9.0
Facebook Twitter Google+
One of the brightest stars in the Ilian Tape firmament since his 2013 debut, Stenny’s debut album is finally here, arriving after the hoopla of Skee Mask’s excellent recent LP for the label. ‘Upsurge’ is a blend of styles, from crackly ambient to dubwise experiments, though its two electro tracks stand out. ‘Blind Corners’ has ethereal pads, big synths, but a grounded, irresistible rhythm, while ‘Swordfish’ is a menacing, bass-heavy club cut with the deadly precision and speed of its name sake.

8.0
Facebook Twitter Google+
Maria Gamboa Lopez is experimental musician NonZero!, an artist originally from the avant rock scene. Her latter material has been increasingly electronic, and on this eight tracker for Andrea Parker’s label, she is joined by Carl Finlow, adding a touch of additional production. So while ‘Disociated’ is all evil industrial drone, and ‘Sustancia Negra’ has a glowering punk guitar stance, ‘Dexx-Evol’ and ‘Inspector Alert’ add propellant electro drums to their dark soundscapes. Bristling with seditious energy.

'Scenes From A Deserted City'

8.0
Facebook Twitter Google+
Glaswegian producer Alan Bryden’s Gaming project falls somewhere between electro, IDM, and the kind of synth wave that Com Truise has made his own. Crisply mastered by Radioactive Man, ‘Scenes From A Deserted City’ is compelling stuff, nodding as much to ’90s techno as to CPU’s more futuristic artists. Tracks such as ‘Otago Lane’ bubble and pulse with colourful synth life, whereas ‘Night Drive (Through Gavonhill’) brings that familiar musical metaphor to bear with a four-four beat and intricate bleeps.

8.0
Facebook Twitter Google+
Mike ‘Agent X’ Clark is a Detroit don with a production career spanning nearly 30 years, famed for releases on Planet E, Third Ear, Underground Resistance and other highly respected labels. ‘The Heat’ finds him in sparse house music mode, though it’s the Peter Rocket remix that is of most interest to this page. The 23-year-old producer, who previously made noise as Mo Reece on World Unknown, makes judicious use of the spoken word vocal, draping it over weird almost slap bass frequencies, bubbling acid and a forward electro beat. Wicked.

'We Cannot Help You '

7.0
Facebook Twitter Google+
A new project from Paris The Black Fu (Detroit Grand Pubahs) and Luxus Varta, Techmarine Bottom Feeders derive their inspiration from science fiction. ‘We Cannot Help You’ is a murky message from squeaky voiced aliens, accompanied by abstract, filmic atmospheres and crisp drums. The Exaltics adds a moody b-line to increase the energy, but it’s The Advent & Zein, here remixing ‘The Vision’, who deliver the most club ready version: a super speedy rhythm with a bouncy bass stab and cool smears of synth.

'Welcome To The Error Zone'

7.0
Facebook Twitter Google+
The fourth release on Melbourne label Repeat Concrete comes from Sydney’s Hugh B, who runs the OTIS imprint and record shop. From the funk side, ‘Welcome To The Error Zone’ percolates with warm chords and gliding bass bubbles, all held up by dusty drum machine grooves and vocoder. ‘Built For Love’ has pacific pads that wrap around a thumping electro-funk bass and squiggly lead, while ‘Minimal Capacity’ has subtle acid sequences. Fans of Cygnus will dig this.
Ben Murphy
Facebook Twitter WhatsApp

8.0
Facebook Twitter Google+
This EP from the unstoppable Shinra is worth getting for ‘Gritti’ alone: an acid squelching electro gem.

8.0
Facebook Twitter Google+
Amid a variety of rhythmic experiments on this EP from promising Indianapolis artist D. Strange is ‘Shift’: a supremely spacey, stop-start cut from electro’s outer limits. 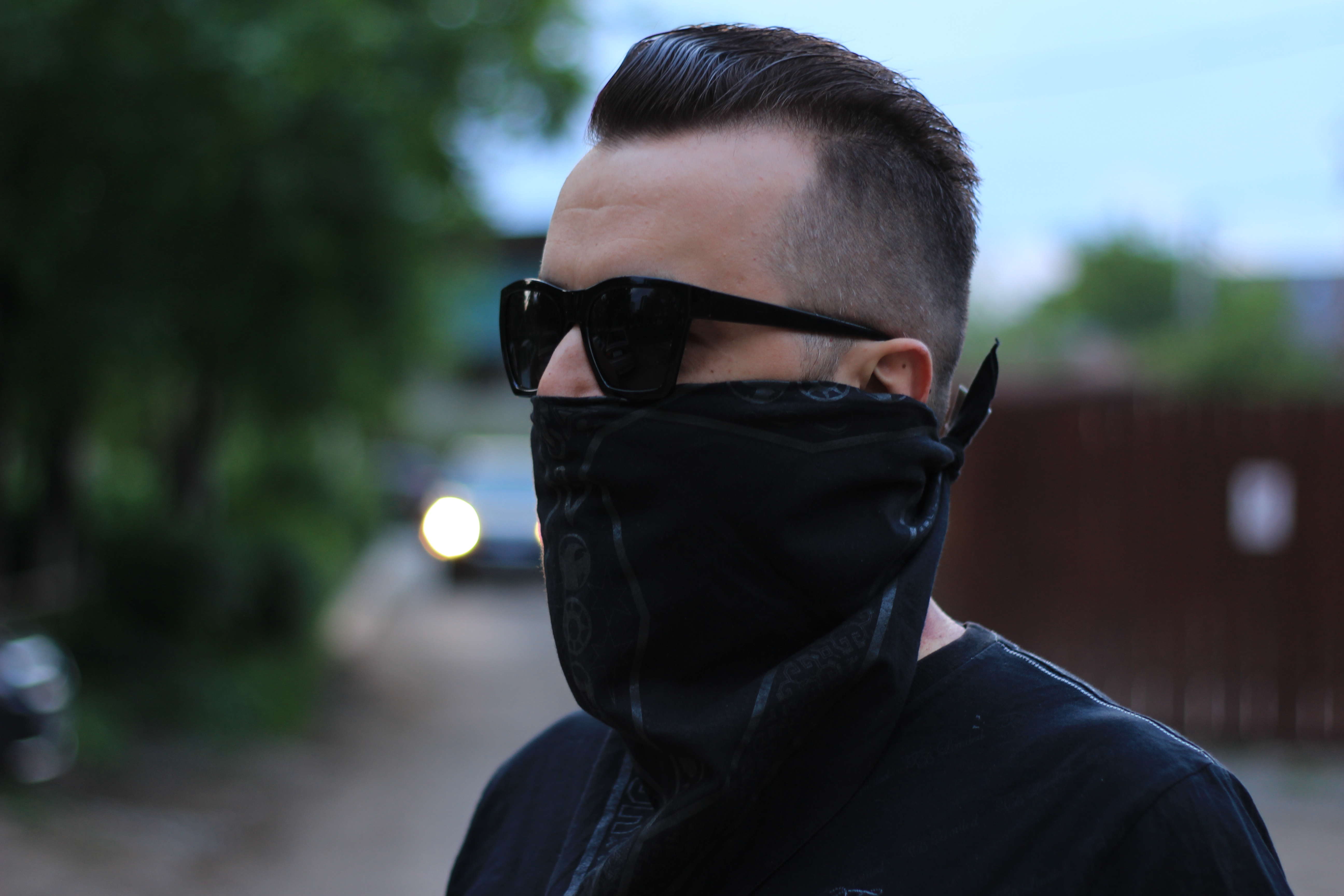 1. UR 'The Final Frontier' Underground Resistance "I can barely hold myself back from playing this timeless classic masterpiece every time. 'For those who know'." 2. Versalife 'Cloaking Mod' Brokntoys "One of my 'secret weapons'. It has an eerie atmosphere and I love the bassline, Boris is a master of the fat ones." 3. Junq 'From Below' Art Mechanical "One of those tracks you can't listen to at low volume, with an amazing acid arrangement." 4. Nexus 23 'Embalmed (w1b0's Alternative Method Of Preservation)' Bass Agenda "A dark, apocalyptic track with raw bass." 5. Cestrian 'Gradients' Mechatronica "I think some martians did this one." 6. Maelstrom 'Blue Stamp' Private Persons "Spatial roughness." 7. Dave Tarrida 'I Am He' Earwiggle "Industrial harsh track, it sounded amazing this summer in Griessmuehle." 8. Identified Patient feat Sophie Du Palais 'Strictly Dominant' Pinkman "Crazy EBM-electro with some freaky voices." 9. Dvs Nme 'Cloud Orbit' Self-released "This one caught my attention from his album, with its mellow mood." 10. Andrew Red Hand 'In The Cemetery' Lobster Theremin "I did this track in a dark day of winter, thinking about my visits to my mother. Spooky electro?"
back to top
DJMAG
all sections