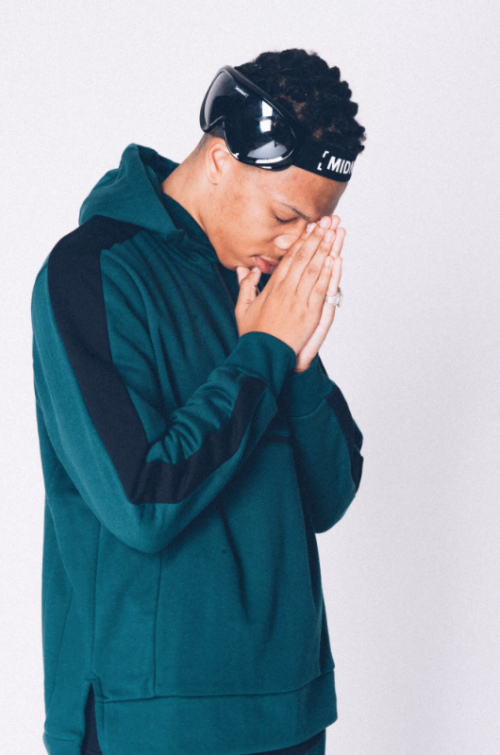 8.0
Facebook Twitter Google+
Northampton’s Izzie Gibbs returns following his ‘96LS’ EP, embracing his grime roots and firing out his characteristically lively flow on ‘Lit’. Dubstep producer Trolley Snatcha contributes an all-guns-blazing instrumental that’s liable to take your eyebrows off. With plenty of releases in the pipeline for 2019, it’s unlikely to be the last time we’re hearing from the energetic MC in a minute.

7.5
Facebook Twitter Google+
Like a growing amount of grime we’re seeing, Syer B gets more introspective on this new EP. ‘Blessed Or Cursed’ features the repeat refrain “now the drink don’t work”. Tapping up a who’s-who of grime production, including Filthy Gears, J Beatz and Syer himself, silver-haired legend Devlin crops up on ‘Madman Skills’, providing a hefty, lurching closer to the record that should really do numbers.

6.0
Facebook Twitter Google+
Capitalising on the current trend for Spanish language tracks, one third of YGG PK plates up a spicy Latin-flavoured cut with a salsa-inspired instrumental, name-checking Dora The Explorer as he unravels his characteristically cheeky flow. Dropping lingo like “excelente” and “mamacita”, it means you can neglect your sobbing Duolingo owl this week.

8.0
Facebook Twitter Google+
Gen represents the next gen of grime talent. Following his Road Rage freestyle on JDZ Media that blew up, he’s also just been announced for Lord Of The Mics 8, and it’ll definitely be a clash to watch. On the RMDY-produced ‘Nottingham Trent’, the London MC gives a nod to the Midlands university, while showing off his silver-tongued mic skills.

6.5
Facebook Twitter Google+
Drafting in President T collaborator XP on mic duty, the heads-down, hoods-up ‘Paradox’ was produced by Dubzta, who constructs something that sonically moves between a cute video game soundtrack and a murky dubstep rave.

8.0
Facebook Twitter Google+
Ok, this is great. The Bow MC takes to a wide selection of beats, including a Justin Timberlake re-rub by DJ Cable, a Ludacris edit from Neffa T, plus a heartstring-tugging R&G number (‘Wheredugo’). It’s enough to tickle your ‘00s nostalgia and get you hyped, thanks to Shizz’s versatile mic-wielding. More noughties R&B grime in 2019 please.

'The World Is Mine'

6.5
Facebook Twitter Google+
Frequent Jon E Clayface collaborator Popzzy English has been stepping up his work rate as of late, keeping a constant stream of material flowing. Featuring Popzzy roaring into his mic on the title cut, the four-track EP (complete with low budget artwork) distills all the raw energy of a live grime show into one record.

7.0
Facebook Twitter Google+
While we’re in list season, Aitch is one of the artists being tipped for big things in 2019, and with support from Virgil Abloh and Kenny Allstar, it seems that might just happen. Still riding off the success of ‘Straight Rhymez’, latest track ‘Wait’ finds him really hitting his stride, with whYJay on the keys. It’s a much more laid-back, stoner hip-hop sound, but the Manchester MC shows he can surf all kinds of beats.
Felicity Martin
Facebook Twitter WhatsApp

9.0
Facebook Twitter Google+
More irresistible, melancholic trap-meets-grime bangs from production powerhouse Kid D, whose instrumental constructs stand up on their own — listen and maybe have a cry too.

6.5
Facebook Twitter Google+
This Birmingham meeting of minds isn’t a grime cut per se, but Jaykae goes in hard over an Afrobeats instrumental that recalls early J Hus. Where Stygs’s input lyrically might be thinner on the ground, Jaykae unloads his machine gun flow onto the tune.

9.0
Facebook Twitter Google+
Over a beat produced by Silencer, this freestyle by the West London MC goes very, very hard. Here’s hoping ‘Mad In The Cut 3’ (the follow-up to two stellar mixtapes) is coming sometime soon... 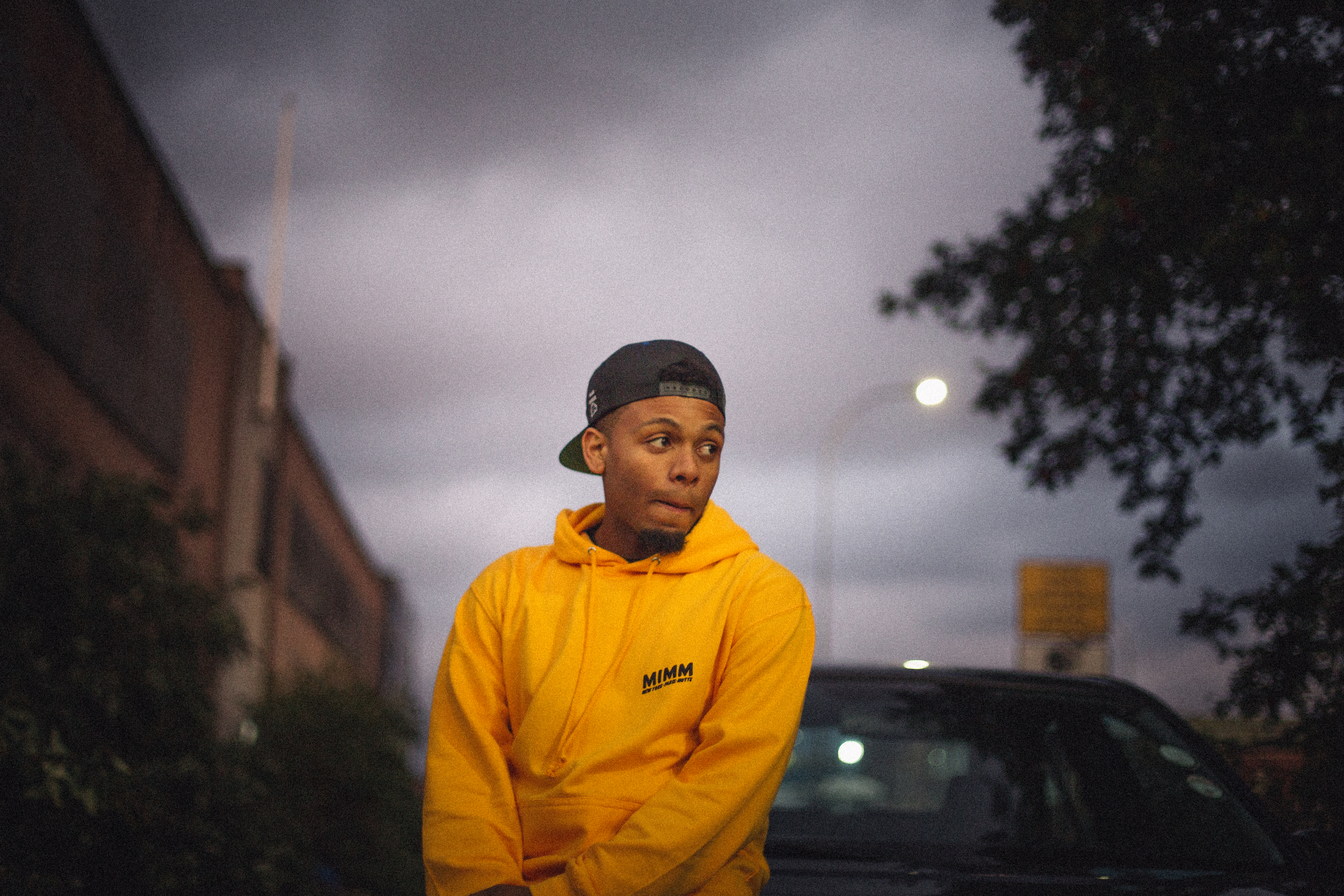 1. Snowy 'Alpha' Self-released “I know it’s mad to start off with me, but I can’t lie, I’m cold and in for one of the best years. The production on this one is crazy, shout out Mr SnoWman.” 2. Mayhem 'House Invasion' Self-released “Maybe I’m cheating, but this song is soooooo crud it’s crazy, gets me super-hyped any time I hear it. SPLASHUM AYYYY WAHHH!” 3. Reece West 'The One' Tenwest “Tune is crazy, mad flow that just glides through and puts other MCs to shame. WEST WEST.” 4. Jay Eye 'Easy E' Unreleased “One of the best in Nottingham right now. Jay Eye talking that real Nottingham GREEZE!” 5. Izzie Gibbs 'Lit' Self-released “Shout my bro Izzie, about to have a mad year. Looking forward to the vibes coming from Izzie from now on in. Independent life.” 6. Origin One 'My Yute feat Irah' Unreleased “Grime isn't defined by a tempo, and this track is proof. Out mid February on Deeply Rooted, the production from Origin One is wicked, with Irah talking guns and violence.” 7. Manga Saint Hilare 'Men Are Trash feat Murkage Dave' Self-released “Manga and Sir Hiss have bodied this whole project, and this record is so deep and real, haha. I’ve had these conversations so many times it’s stupid.” 8. Jammz 'Everything Dead' Self-released “When I first heard this, I had to ring Jammz and tell him this is a certified banger. EVERYTHING DEAD! DANGER AHEAD!” 9. Dapz On The Map 'ROWT' Insanity “Not a lot of people can hit the emotional side of grime correctly, and Dapz has always been amazing at it. Really relate to this one right now, one for the heartbreak crew.” 10. Window Kid 'Ryan Air' Unreleased “This one has been KILLING raves since October. I’ve witnessed it first hand. Stupid instrumental from Hedex and a bunch of real talk in the track, love seeing my bros prosper! Out soon.”
back to top
DJMAG
all sections