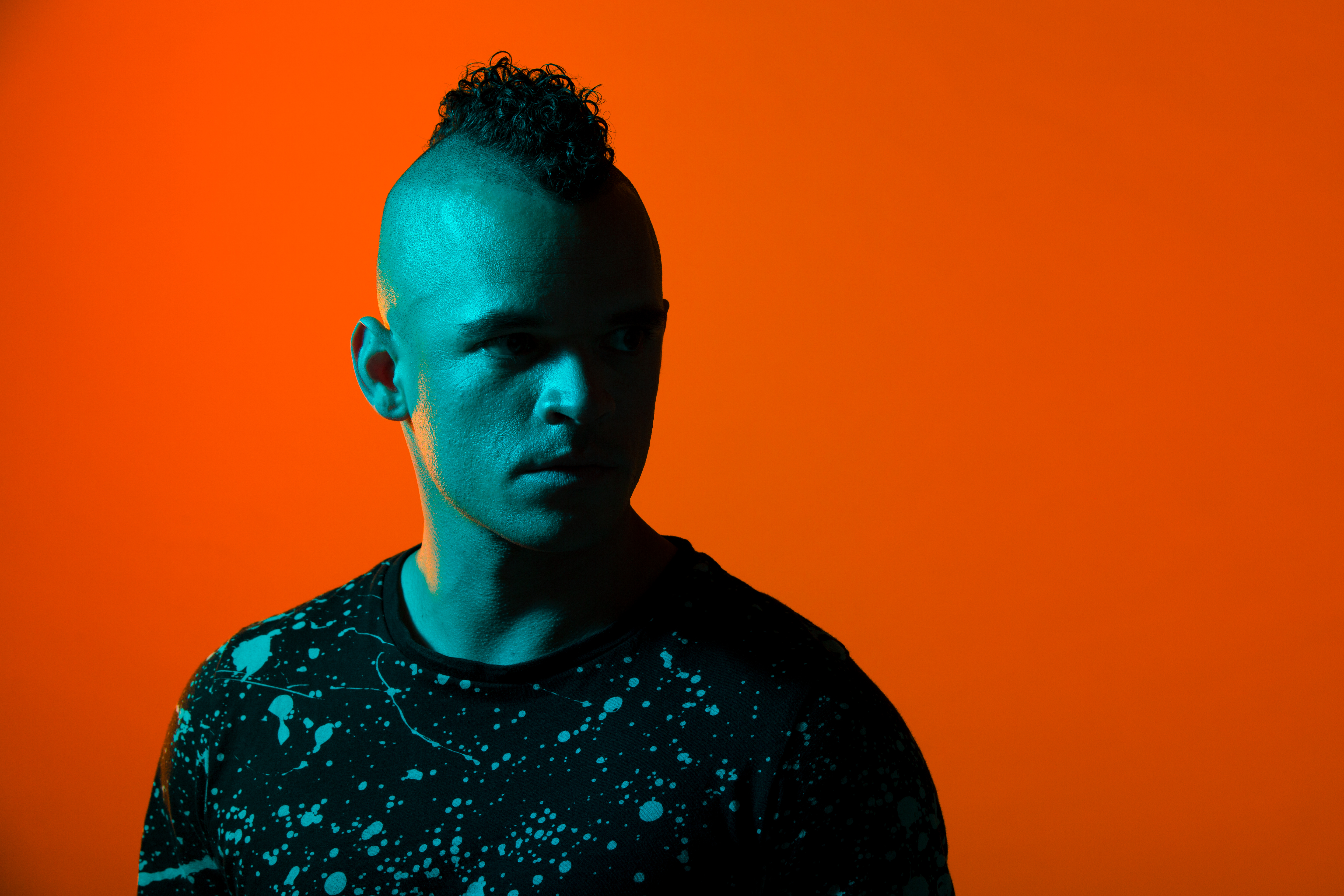 9.5
Facebook Twitter Google+
After taking some time away last year, Audiofreq has returned more powerful than ever, with a slew of hard hitters and an unpredictable genre-absent approach to the harder styles. This latest track takes the Freq’s hardstyle anthem from yesteryear and injects a powerful shot of "Audiophetamine". For the uninitiated, this means pumping the energy levels to 11. It's 170BPM, with a new thumping kick and bassline that will make this the perfect dancefloor destroyer for happy hardcore DJs, or a memorable set finisher for hardstyle DJs alike.

8.5
Facebook Twitter Google+
Here we have a true worldwide collaboration, as iconic Aussie happy hardcore producer S3RL teams up with UK hardcore rising star Outforce, and Denver-based producer Hartshorn. Each inject their own flavour to the mix, and the end result is a straight up dancefloor track focused around a stomping bass, quirky, sampled vocal syncopated to the beat, and a powerfully clean kick. No need for an epic melody on this one, it’s purely designed to keep the people on the dancefloor moving.

'Do You Feel The Rave'

8.0
Facebook Twitter Google+
This is kind of a weird one to review, as it’s not really hard — rather, a new old skool style production, paying homage to the roots that developed into the hard sounds of today. My pick from the four-track EP dedicated to the sounds of 1991 rave offers a slow tempo, with a chunky rolling breakbeat, pitched vocals, sampled stabs and classic M1 pianos. Perfect to add some fresh sounds to an old skool set, or just a great track to find and reminisce to.

8.5
Facebook Twitter Google+
'Oxygen' is absolutely my favourite Bass Modulators track, so I was rather excited to see a fresh version of this to drop into my sets. However, with great opportunity comes great responsibility, and the pressure of remixing such a hit can weigh heavy on some producers' shoulders. Clockartz take this challenge in stride — the first break offers little change, keeping the beautiful vocal intact and building to a new, much techier first drop. The second break, however, opens up more, with the melody and climactic second drop. A light handed refresh of a track that didn’t require any more than this.

7.5
Facebook Twitter Google+
I’m a fan of this guy because of the consistent originality of his productions. This one sits somewhere between trap, EDM and hardstyle; it provide tasty ragga vocals, weighty 808s and bouncy, overdriven kick drums. I’m hesitant to use the nonsensical genre term “freestyle”, but if you’re aware of this predominantly Dutch sound, you’ll instantly know what to expect. Great work again.

8.0
Facebook Twitter Google+
This Italian producer, despite having a presence on the scene for many years now, seems to be hitting his stride, with regular and consistent releases in his trademark sound offering a fun approach to the classic Italian hardstyle vibe. With an energetic mid intro section, euphoric break and powerful main drop, this isn't one to be slept on when looking for new beats. Check this one out for sure.

7.0
Facebook Twitter Google+
Now here is a name that piqued my interest a lot. Trilok was part of a duo, Trilok & Chiren, way back in the early hardstyle days when Showtek ruled the scene and D-Block & S-Te-Fan were just a young aspiring duo. Trilok & Chiren were much shorter-lived than the aforementioned names, and after several solid tracks seemed to drop out of the scene — so I was intrigued to see one half of this duo resurface after so long. 'Still Rollin' captures the dark and sinister vibe of the early productions, and yet surprisingly doesn’t miss a beat when it comes to the modern production techniques. I don’t think this first comeback track will set the scene alight, but it's a solid release and leaves me very interested to hear where he goes from here.

9.0
Facebook Twitter Google+
The South Coast-based, UK rawstyle producer has shot up the ranks over the past few years, since signing to the Dutch powerhouse label Nightbreed. Yet what sets Crystal Mad apart from the other artists on the label is his non-purist attitude to the rougher end of the hardstyle spectrum. 'XTC' is a happy party track with a hypnotically repetitive vocal, raw yet bouncy kick and a summertime, uplifting melody. Such a refreshing track, in among all the horror movie sample-based raw tunes.
John Kutski
Facebook Twitter WhatsApp

8.0
Facebook Twitter Google+
A beautiful, soft wispy vocal carries this track through the first break, before the double time melody picks up the pace and drops into an energetic kick section. The second break comes back around with the vocal, and a more traditional hardstyle melodic drop. I love all Distrix's production, and am glad to see this underrated artist slowly getting the push he deserves.

8.5
Facebook Twitter Google+
An epic rawstyle/hardstyle crossover, with a beautiful and emotional vocal, followed by a Braveheart-inspired melody. The drop is hard, but not as brutal as some of the previous Bass Chaserz tracks, which makes this an enjoyable tune that will no doubt pick up plays from a plethora of DJs.

'This One Is For You (Restrained Remix)'

9.0
Facebook Twitter Google+
These two Dutch and Scottish hardcore legends have been causing carnage on the scene for over 50 years combined, and with a new twist on the remix, fast rising star Restrained keeps the classic gabber vibe in sections, while also bringing this bang up to date with the 2019 sound.

1. Pulsedriver 'Your Spirit Is Shining (Klubfiller Remix)' Aqualoop "A remix I got asked to do of an old dance track I love! This has been going down very well in recent sets." 2. Klubfiller 'Smile (2019 Remix)' Klubbed UP "Originally made as a bounce track in 2016, now I have made a full on 170BPM re-work." 3. Ultrabeat & Klubfiller 'Lights Go Out' Klubbed UP "The first of many new tracks by Ultrabeat and myself, with an original, catchy vocal and sung by the clubland icon Rebecca Rudd." 4. Supersaw 'Be Alone' Klubbed UP "A great new talent I have found this year, I am predicting big things from Supersaw." 5. Ultrabeat & Klubfiller 'Beautiful Child' Klubbed UP "Another big track in my sets of late, which is a rework of a trance classic." 6. Akkadia Clouds Above (Technikore & Suae Remix) Central Station "One of my favourite producers, Technikore, teams up with Suae for a great hardcore remix. This is a must play." 7. Klubfiller 'Good 2 Me' Klubbed UP "Full on traditional UK hardcore vibes on this one, also with a cheeky vocal sample. Works every time." 8. Technikore '4am' Electric Fox "Arguably one of the biggest hardcore tracks in a long time — been in my sets for a while now, and still doing the damage." 9. Ben Nicky & Callum Higby 'The Donk' Good Enuff "Superstar Ben Nicky and the talented Callum Higby team up and deliver 'The Donk', a great track for me at 160BPM." 10. Alex Kidd presents AK47 'Party Everyday' Klubbed UP "When hard dance legend Alex Kidd messaged me to say he was making UK hardcore, I was all ears. He didn’t disappoint."
back to top
DJMAG
all sections